It looks like Summer has arrived with a bang and the blue skies bring with it scorching heat and no breeze. Although it would be nice to spend all day up the allotment I don’t think you could in this heat, you would most probably melt! So I popped up for half an hour in the afternoon to harvest a few potatoes for our supper.

My potato harvest hasn’t been that great this year but they sure have been delicious! They are especially nice served with a barbecue on a hot summer evening with lashings of butter and homegrown broad beans too.

I decided to pull up the last row of potatoes that evening so they could be stored at home, no doubt they will be eaten very soon anyway and then we will be tucking into my Dad’s main crop potatoes. This also meant that I could start the second growing year off by replacing Spring crops with new seedlings and seeds, making the most of my tiny patch of land. So after our supper I headed back up the allotment in the cooler evening air to get my hands dirty!

When I planted out my leek seedlings I had a bunch of them left over and because I knew I wanted to plant more leeks later I planted them up in a spare patch of soil for safe keeping. They have grown beautifully and are nice strong seedlings, it took a little bit of time to untangle the roots but I am so happy with my little experiment. I planted out two rows of leeks which will be ready and harvested throughout Winter. The variety is called ‘Musselburgh’ and they over winter very well, the year before last I was picking them well into February and adding them to stews and casseroles.

The next job was to pull up the broad beans plants, they have done well this Spring and provided me with plenty of beans but they have started to die off and need replacing with a new crop. I took a few dead, dry beans off the stalks to dry in the shed for next years seeds and then pulled up the entire two rows. I weeded and dug over the small row and then erected some bamboo bean supports. The original plan was to sow some dwarf french beans here but after finding out I didn’t actually have any seeds I decided to grow something else… Borlotto Beans! Now I usually grow these up the archway but after directly sowing the seeds a few weeks ago nothing has appeared so I have decided to grow two rows here instead. I absolutely love these beans and usually end up drying them for use throughout the entire year. They can be stored up to 4 years this way and are just so delicious added to stews and curries in the Winter months. I sowed two seeds per bamboo cane but will be sowing some at home in the greenhouse too just in case these don’t appear, plus because we are going on holiday soon I thought it best to create a backup!

I haven’t spent a good few hours up the allotment in ages and I have missed it deeply. Those 3 hours of garden therapy were much needed and even though I came home covered in dirt I had the best time. My plot is still weedy and messy but it really is my happy place when I’m not in Wales. 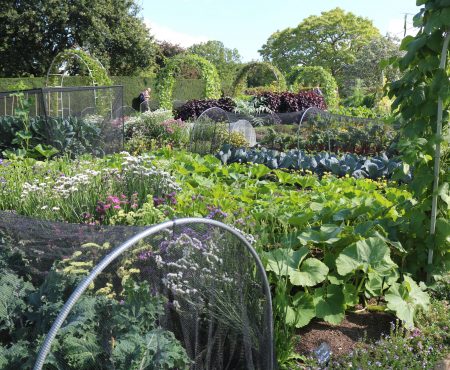 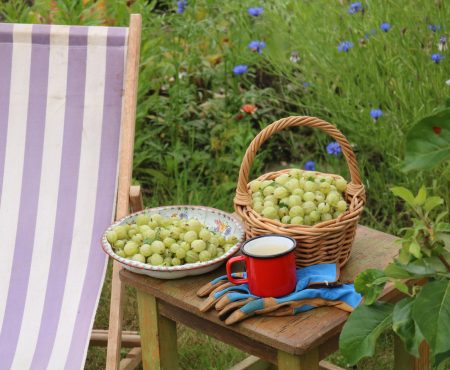 One thought on “Blue Skies, Potatoes and the Second Growing Season”