The plans for the new flower meadow up the allotment are well under way and I promise to share them with you once I have it all finalised and drawn up. I’m trying to figure out where I want all the perennial flowers to go and where to put the annuals, as well as deciding what features I want in the area like a compost bin and bug hotels etc. I have settled on one thing however, and that is planting a small apple tree amongst the flowers. After a visit to the garden centre last week I came away adament that I would include a apple tree in the flower meadow. I’ll admit that I didn’t know much about apple trees and was amazed by how much of a selection my local garden centre had and how many dwarf rootstocks you could get.

The next decision would be if I wanted a cooking apple or an eating one and this was a tough choice for me! I have always wanted a Bramley apple tree and I just love cooking with apples, apple pies, crumbles, apple sauce… yum! But on the other hand I love the idea of sitting down under the tree and munching on a freshly picked, juicy apple after a hard’s day weeding. So after a little bit of research it boiled down to two varities, a Bramley seedling and a James Grieve. 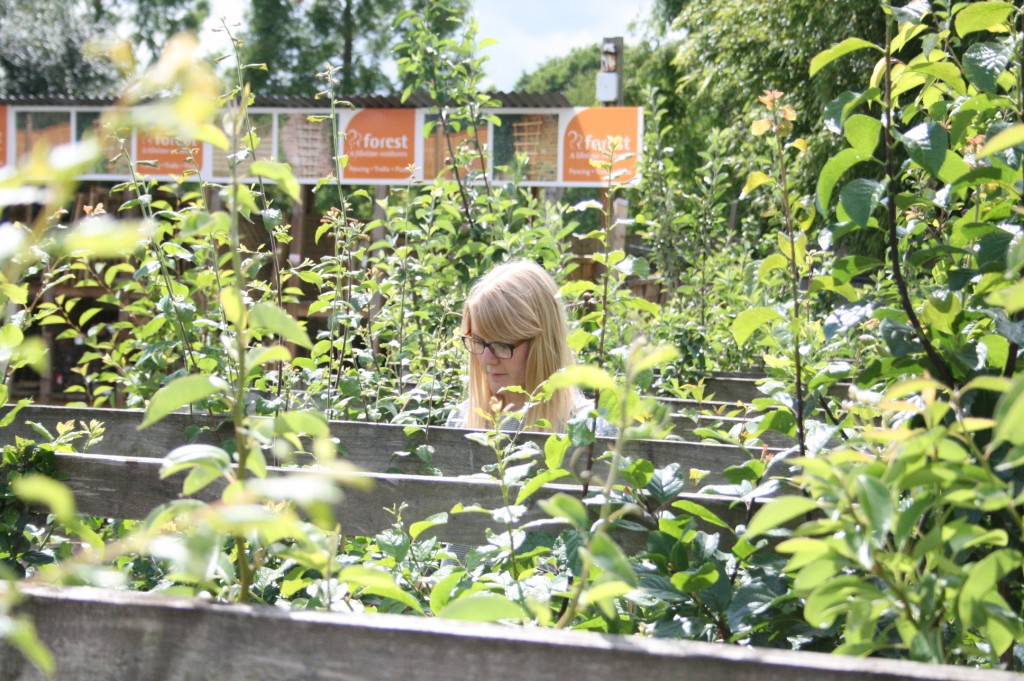 Luckily the garden centre had both varieties and I spent the next 30 minutes deciding what variety to get, in the end I came home with a James Grieve MM106 apple tree. This tree will grow to about 8-10 foot in 10 years, I was originally going to get a dwarf rootstock M26 tree but realised the trunk wouldn’t grow very high. I wanted a tree I could sit underneath amongst the flowers and relax so decided that I could quite easily prune the half standard tree to the size I want whilst still having a tall enough trunk. The tree is also self fertile which means it doesn’t rely on pollination from other apple trees in the area, plus it’s good for juicing, cooking, eating and making cider with!

One of the finest varieties for juicing, this delicious apple was developed in Edinburgh and introduced in 1893. It has an excellent texture, similar to that of a firm pear, and is particularly good for eating with cheese.

Raised in Victorian Edinburgh, this outstanding reliable apple is one of the best varieties for juicing and makes and fine partner for the cheeseboard. Easy to grow.

Good for juicing, cooking and cider. 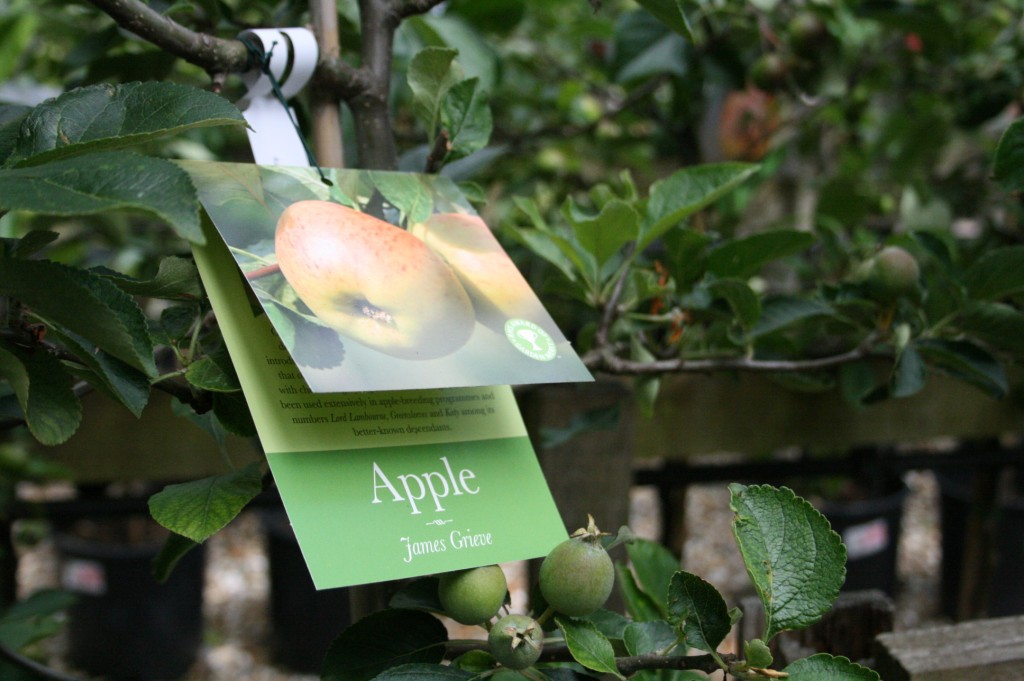 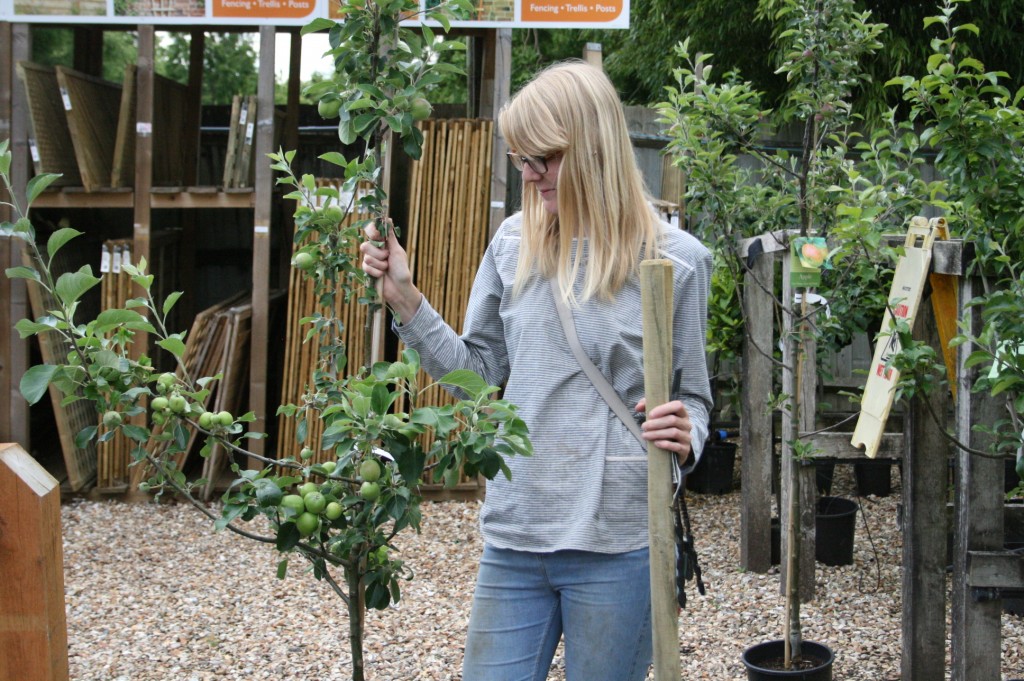 I choose the tree with the straightest and longest primary shoot and was lucky enough to get some free apples already growing! I also purchased a wooden stake and tree tie to help it grow into a nice strong and healthy tree. Now it’s just a matter of planting it up the allotment and planning the flowers meadow around it. The apple tree will be the main feature point in the new area and I just can’t wait until it’s a little older so I can sit under the tree, relax amongst the flowers and pick an apple straight from the tree.

Whilst we are talking about apple trees I’ll just mention that I also bought one for my Dad as a Father’s Day gift. He wanted to put an ornamental tree in the front garden and I made a point of saying if you want a tree then why not have an apple tree? It will produce beautiful blossoms AND fruits! He was sold straight away and chose a MM106 Cox’s Orange Pippin, another self fertile apple tree. He was one happy man when he planted it last night! 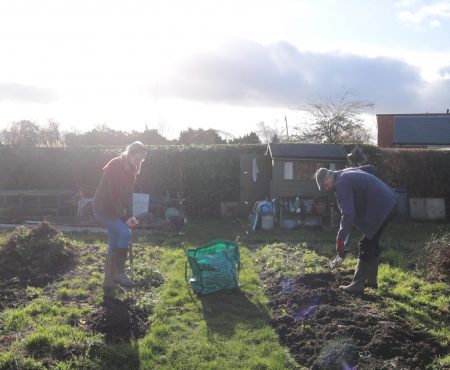 6 thoughts on “The Apple Tree”