Spring, is that you?!

What a complete and utterly glorious day it’s been today! The sun has been shining, the birds are singing and theres not a gust of wind or signs of rain in the air, Springtime is just around the corner and I cannot wait!

It is however, still too early to sow any seeds and I’m being patient and not risking it, there’s nothing worse then sowing seeds for them to only be destroyed by cold weather a few weeks down the line. Instead there’s a few jobs that need to be done so off I went nice and early to spend the day up the allotment in the sunshine. I miss this place terribly during the working week and especially in the Winter when evening visits are out of the question. I long for Summer days when I can relax outside the shed, surrounded by flowers, butterflies, bees and eat raspberries straight from the canes.

That is all to come though and right now my mind is set on sorting out the fruit cage, ideally I would like it netted and secure before the bushes start producing so I can actually enjoy my homegrown berries this year! It is only the bushes 2nd and 3rd years so I’m not expecting a lot, but last year the cage was unprotected and the birds beat me to it, let’s just say I was not at all happy. 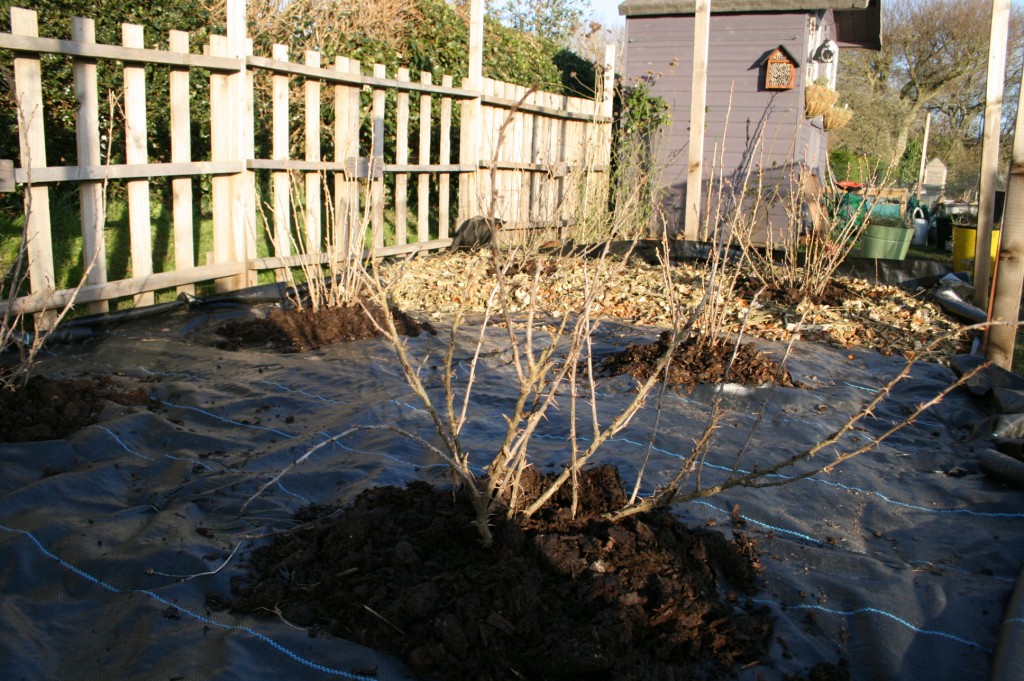 The first job on the list was to sort the ground out. Now I’ve always liked the idea of having a layer of bark on the ground of the fruit cage; one, it would make my life a lot easier because I wouldn’t have to weed, and two, did I mention I wouldn’t have to weed? Ok I admit I’m a tad lazy! However, fate intervened when my Dad decided to prune some large trees in the back garden, he brought a second hand shredder and then all of a sudden we were inundated with tubs of shredded, bark sized brances. So today I find myself on hands and knees, carefully rolling out weed control fabric around the fruit bushes and securing it into the soil with pegs. 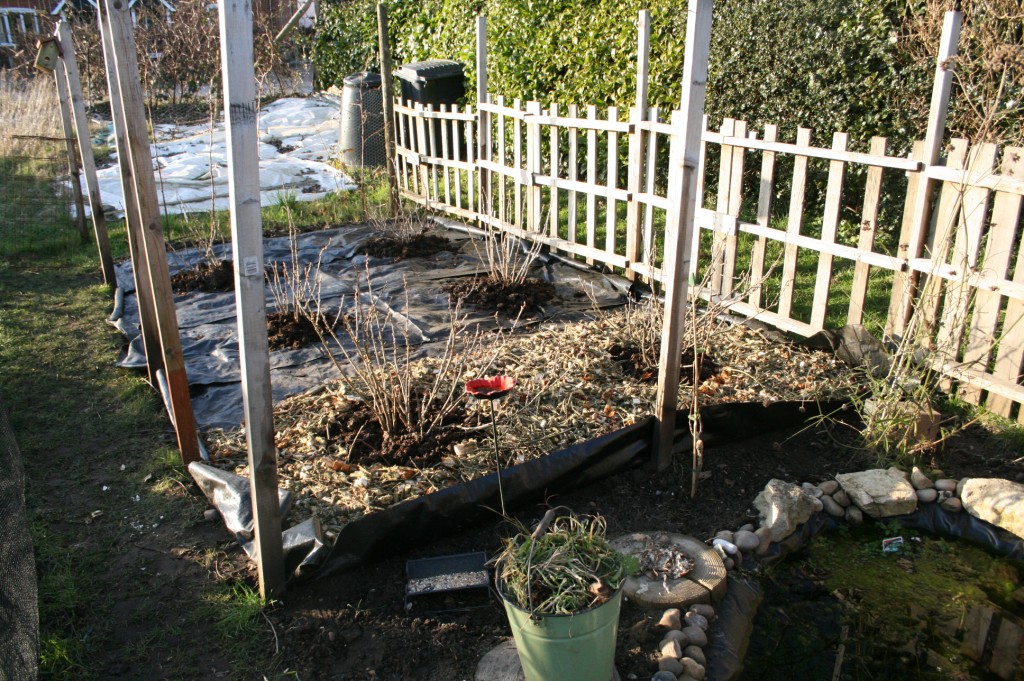 I managed to take 5 tubs of bark up to the allotment and it covered roughly about 1/4 of the cage, there’s still a huge mountain of branches to shread at home so it’s going to be a busy few days but so far I’m rather pleased with how it looks. I’ve left around 8 inches of fabric around the edges so it can be attached to the planks of wood that I’m planning on putting around the edge of the cage. The netting will also be attached to the wooden edge and a stronger net will be attached to the roof (which needs to be made higher so I can actually stand up in it!) I also mulched the 4 blackcurrants and 2 gooseberry bushes with a layer of well rotted manure and the next job will be to prune the older bushes. Once the cage is complete then hopefully the fruit can just do it’s thing, with the exception of harvesting and pruning, and I’m hoping all the hard work pays off with buckets full of berries 🙂 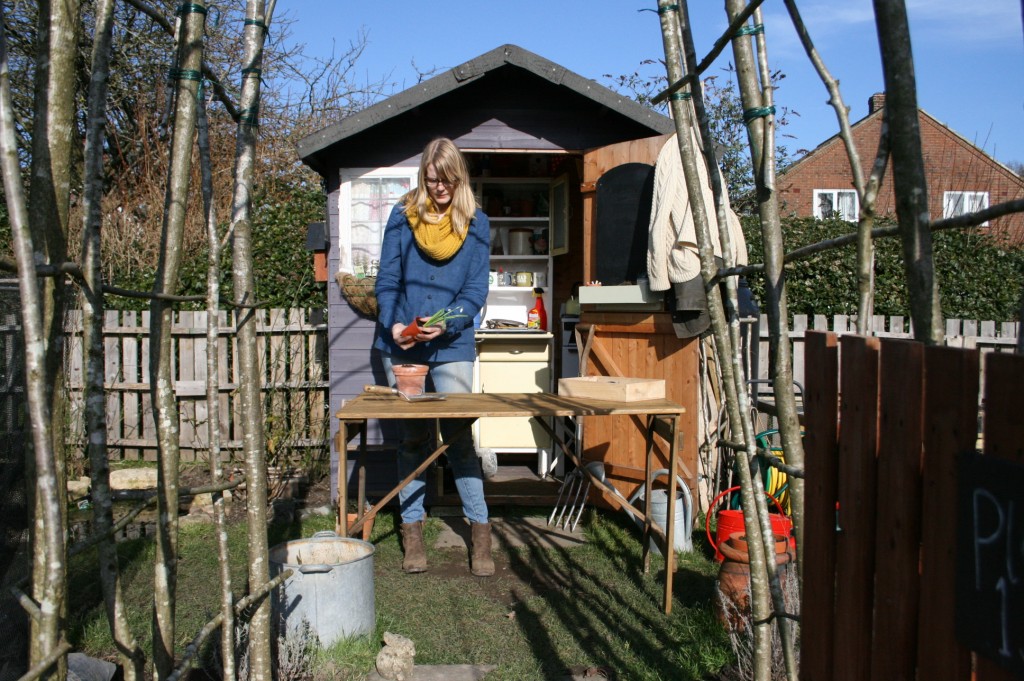 I also took advantage of driving the car up to drop off my new vintage trestle table. I’m planning on using it in future cooking videos aswell as for picnics and BBQ’s on the plot. The legs fold up for easy storage and so far it’s been very useful for potting on snow drops and for planning out the plot on. Now all I need is a bigger plot and then I can invite you all round for a picnic! x