Having scared all my little frogs away from Plot 15C I have made it my mission to make my pond area as wildlife friendly as I possibly can! Gardener’s World also inspired me after Monty made a wildlife pond in Longmeadow and I knew then that I needed more rockery and more plants both in and out of the water.

A trip to my local pond shop was in order and luckily for me ‘Romsey World of Water’ is literally a 15 minute drive away, plus it has a lovely little cafe where we quite rightly stopped for tea and cake before shopping around. 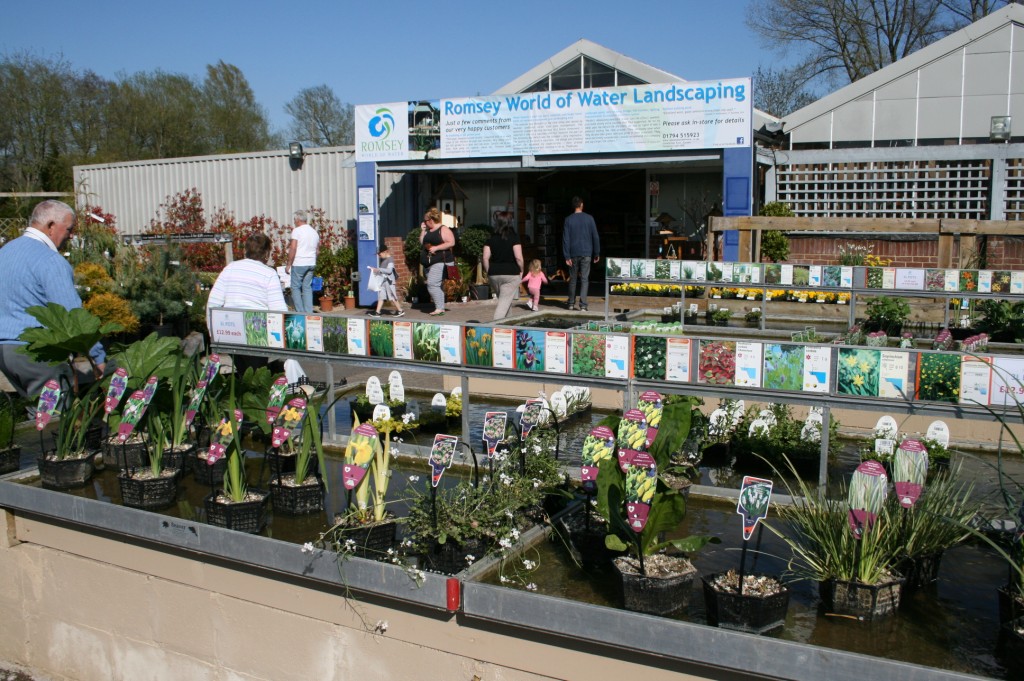 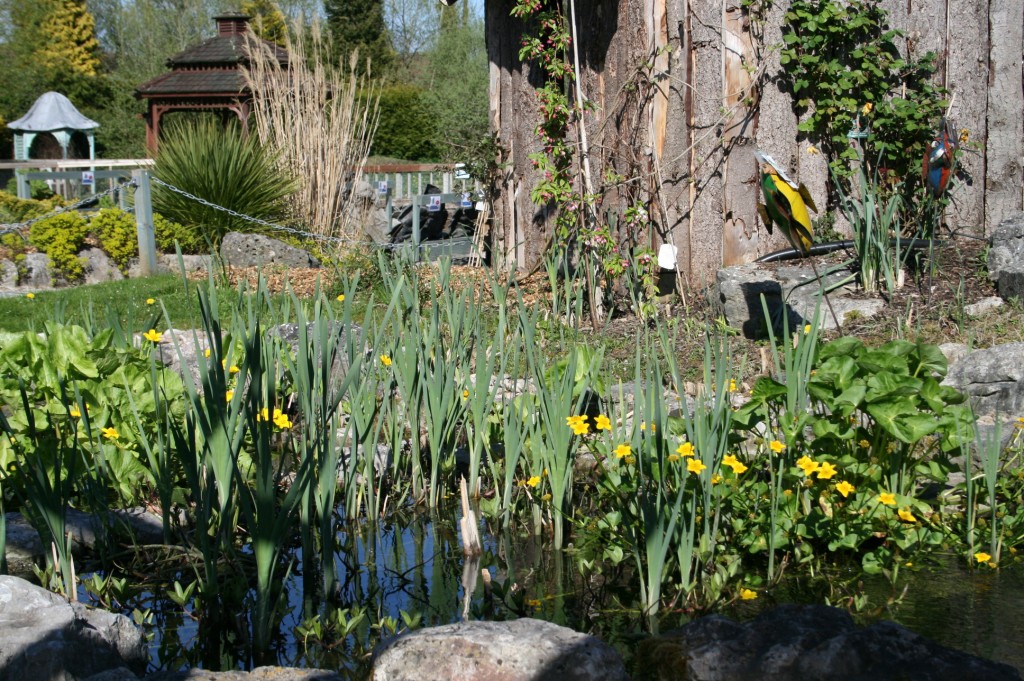 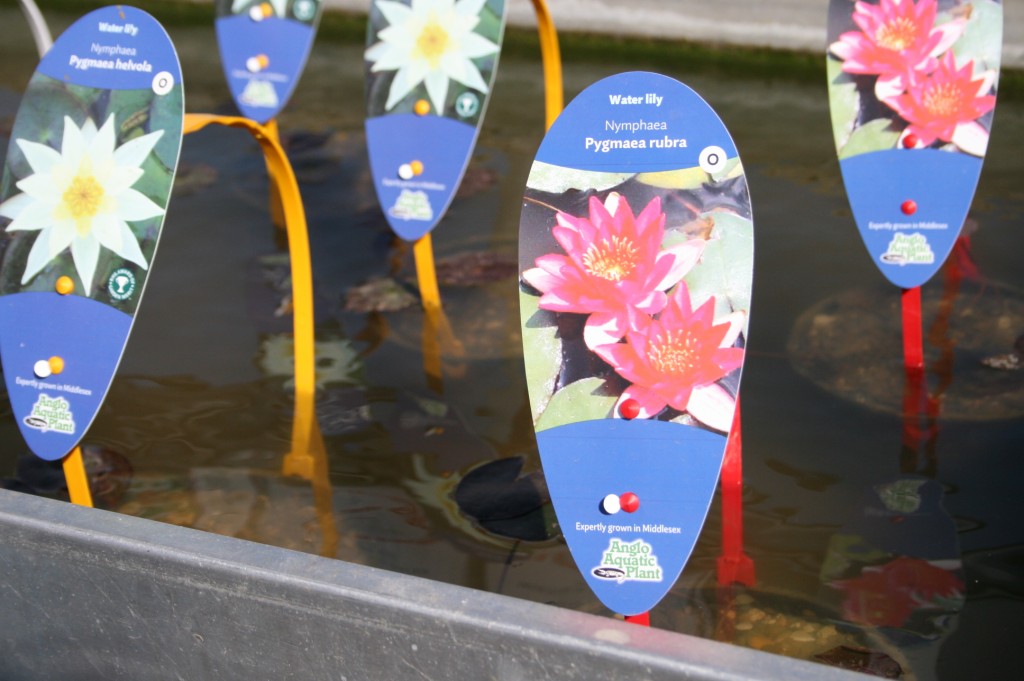 After having a good look around the display ponds and after watching Gardener’s world there is one thing I would love to change about my pond and that is the shape. My pond is 60cm deep with two small shelves around the front and back edge and there’s also a ramp at the far back. However, looking back now I would have made a larger shelf running along the back half of the pond with more rocks surrounding it so that there was more shallow water for the frogs and more space for plants. Unfortunately there’s no way to change that now although there are ways to update the area to make it more wildlife friendly. I found some more unwanted rocks in the back garden which I am going to use to surround the back part of the pond and I’ll also add some into the pond as hiding places for the frogs but also as platforms for more plants to sit on. I’m also tempted to put a few pretty alpine plants on the rockery and then there’s the matter of having some evergreen plants around the pond edge. I’ve already brought some Carex grass called ‘Morrowii Ice Dance’ which will provide some groundcover for the frogs all year round. There’s just the matter of which plants to put into the pond, and I was spoilt for choice at the pond shop!

I fell completely in love with the water lilies and found the perfect one for my little pond, it’s called Pygmaea Rubra and it only spreads to around 30-45cm whereas the larger ones can spread to 150cm. Another plant caught my eye and it was called Typha minima which is a miniature bull rush, how unbeliavably cute would that look? Unfortunately I left the shop without either of the above, although I’m sure I’ll be back for them sooner or later.

I did however, buy some Caltha palustris and an Iris called ‘Blue Flag’ to sit in the pond. The yellow of the Caltha will hopefully look beautiful with the light blue of the Myosotis scorpioides which is already in the pond. I also purchused a larger net to give the pond a much needed clean, some aquatic soil and a new pot to re-pot my water forget me not with and I also treated myself to a rather kitsch fake water lily flower to sit ontop of the water! 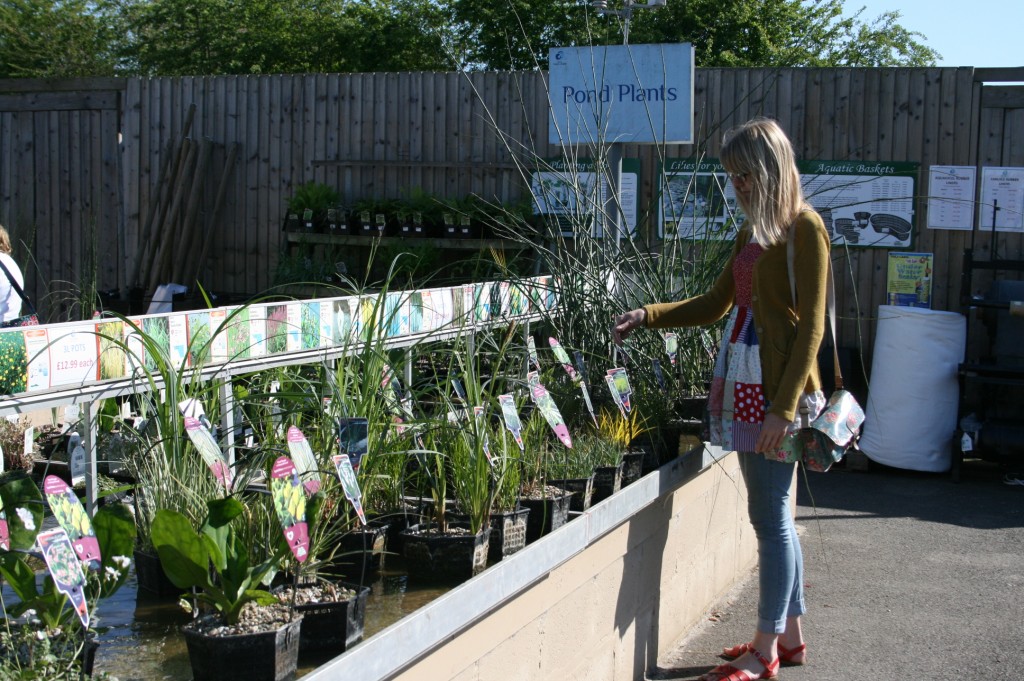 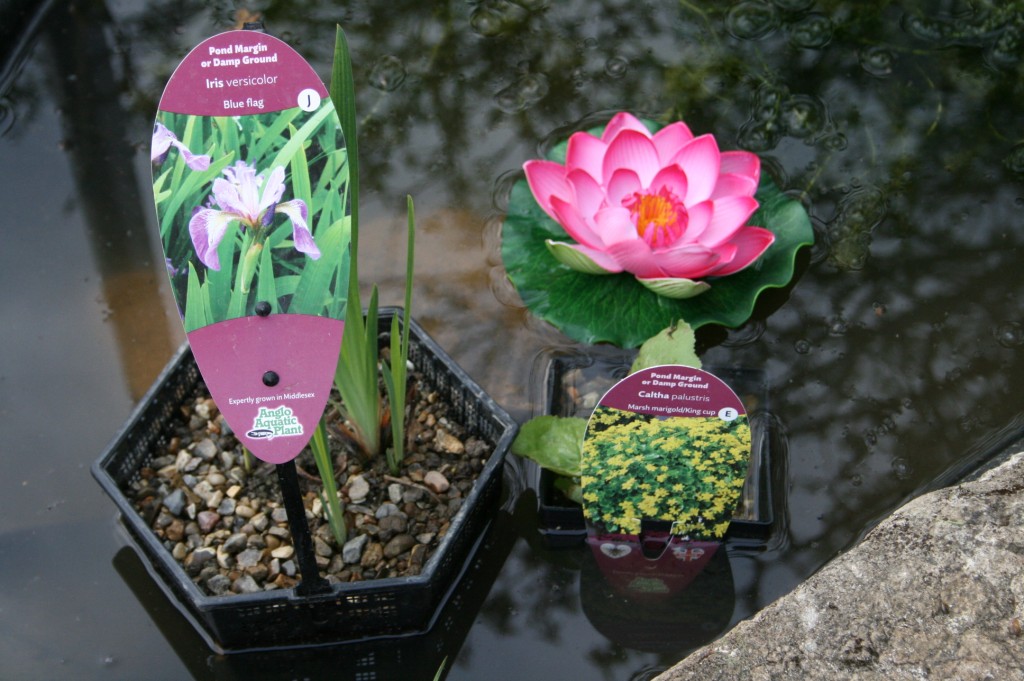 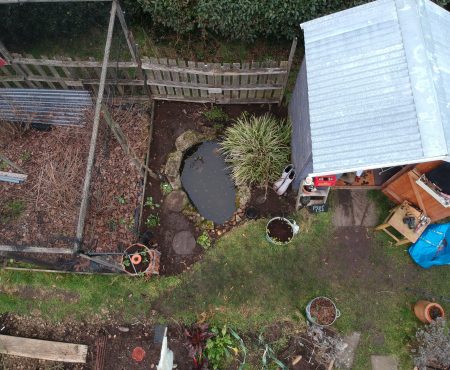 The Wildlife Patch Tidy Up 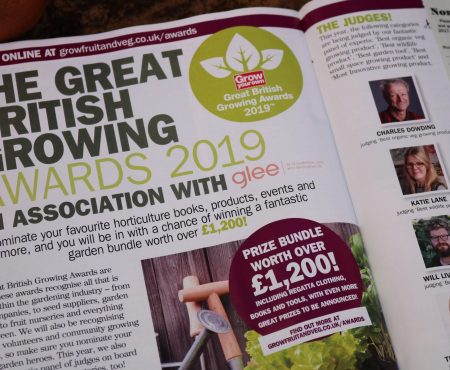 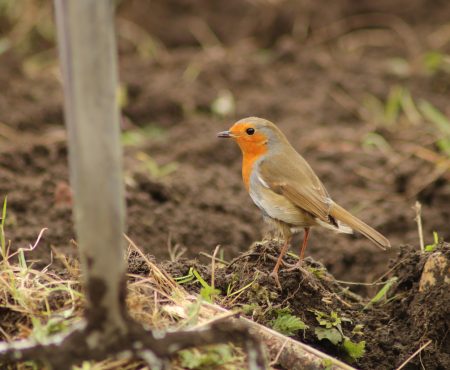 A day of pure hard graft!