I’ve just realised that I’ve never really written about my Dad’s allotment on the blog so it’s about time I shared a pictorial update with everyone!

As you all know both me and my Dad have an allotment on the same site, they are sort of opposite each other and we can wave and shout that tea is ready quite easily. His allotment is twice the size of mine, measuring 15 metres by 13 metres, and is a very conventional vegetable garden. There are 6 main beds which have been split into a three year rotation, roots, legumes and brassicas. Then there’s a large compost and manure bin area, a green 6″x4″ shed with 3 waterbutts attached, a large flower tub, a rhubarb raised bed and plans to put a greenhouse up too. This was his first full and proper year on this plot after he acquired it in April last year, moving from the smaller plot next door to this larger one so he can grow even more veg. 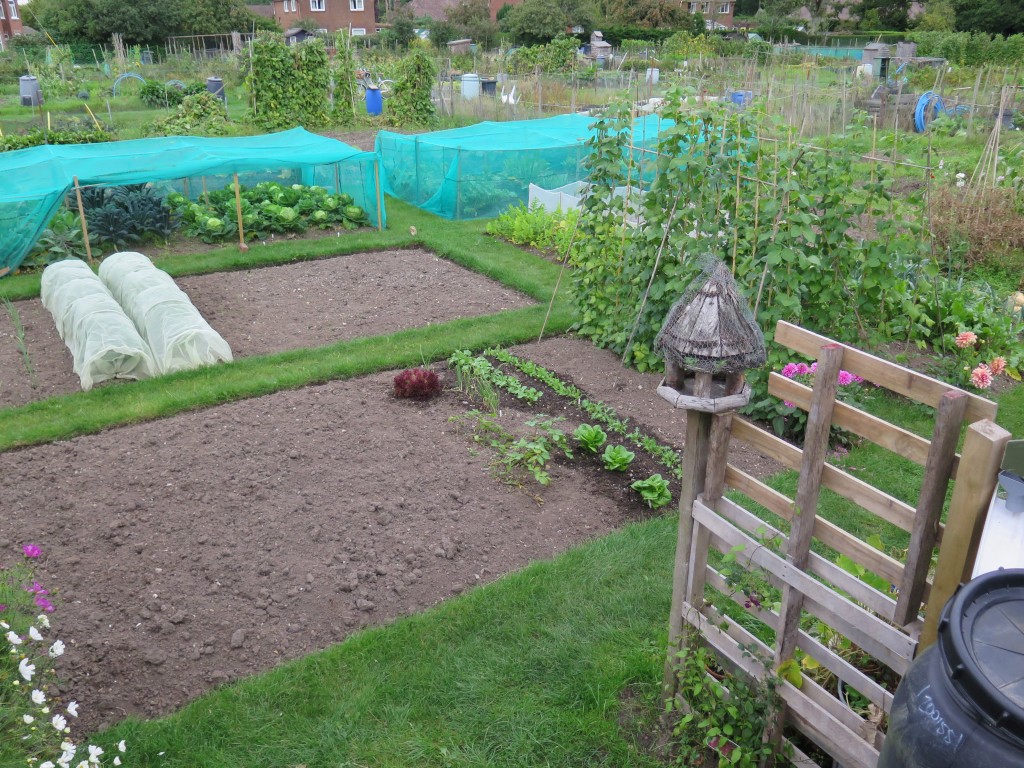 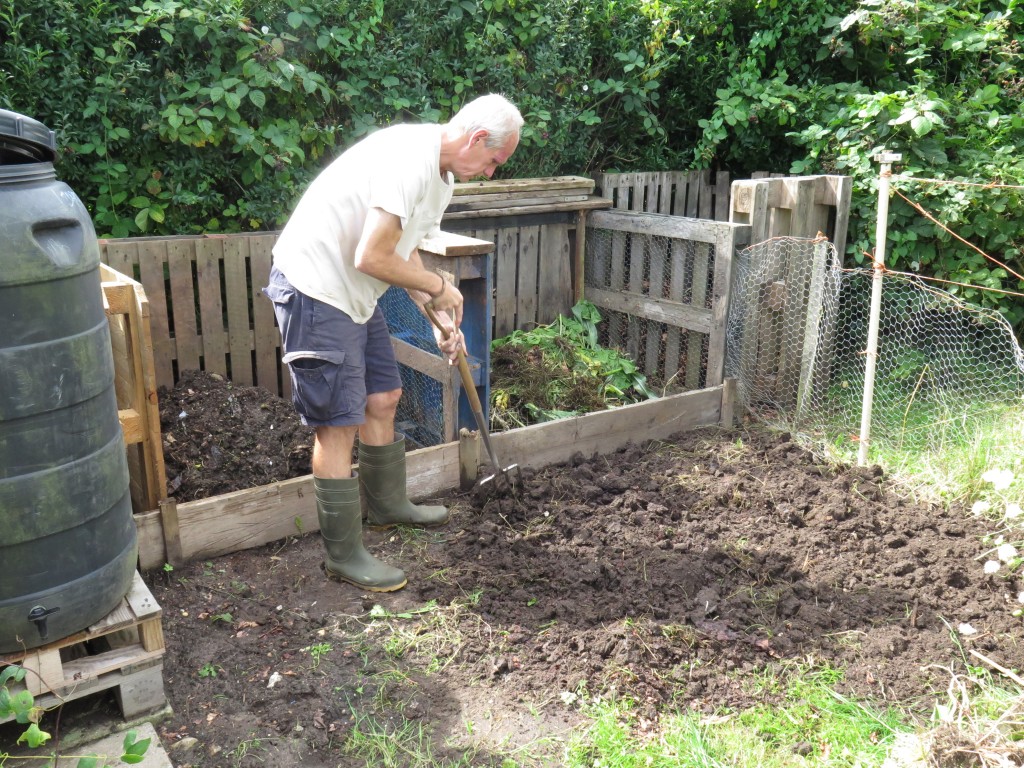 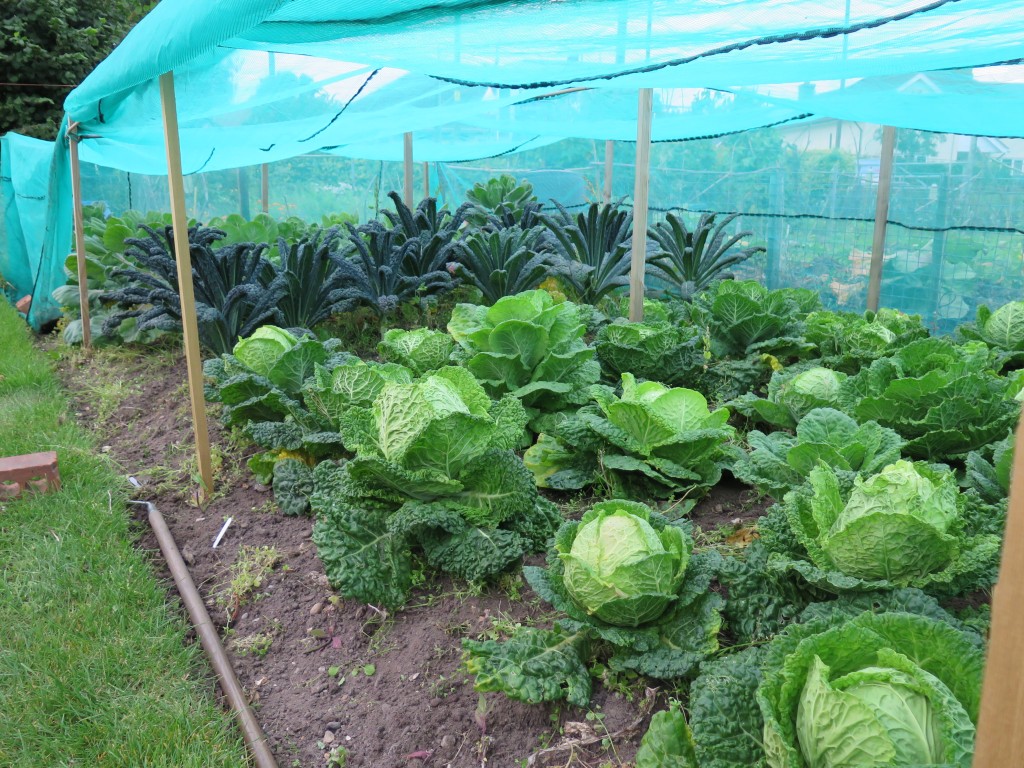 The main crop of potatoes did well, especially the rows where he just added well rotted manure. The brassica bed which consists of cavolo nero, curly kale, brussel sprouts, savoy cabbages, swede, cauliflower and broccolli are also doing well. Although a few of them went to seed rather quickly during our rather odd Summer. The carrots have produced perfect specimens and the parsnips are waiting for a good frost until they can be harvested for Christmas dinner. Then there was the abundance of runner beans, he decided to grow them up a sort of archway and has had them coming out of his ears all Summer! The sweetcorn also did well and his Atlantic giant pumpkin plant produced one huge pumpkin, I just love how the plant winded it’s way round the tall sweetcorn stems, a good use of limited space. 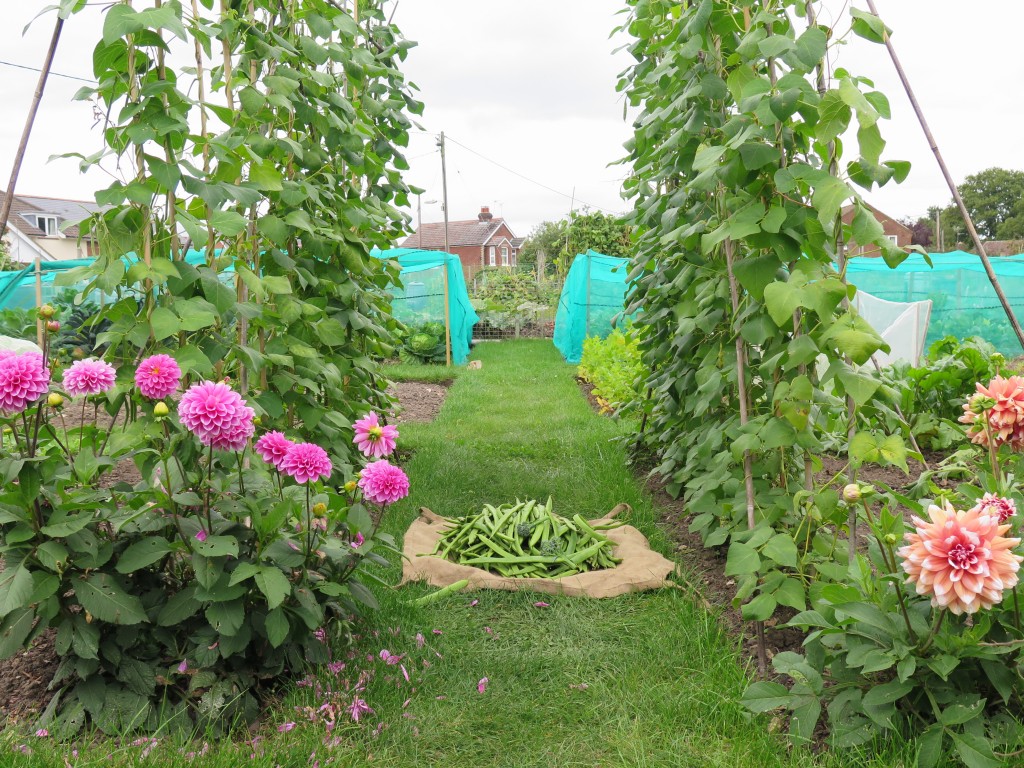 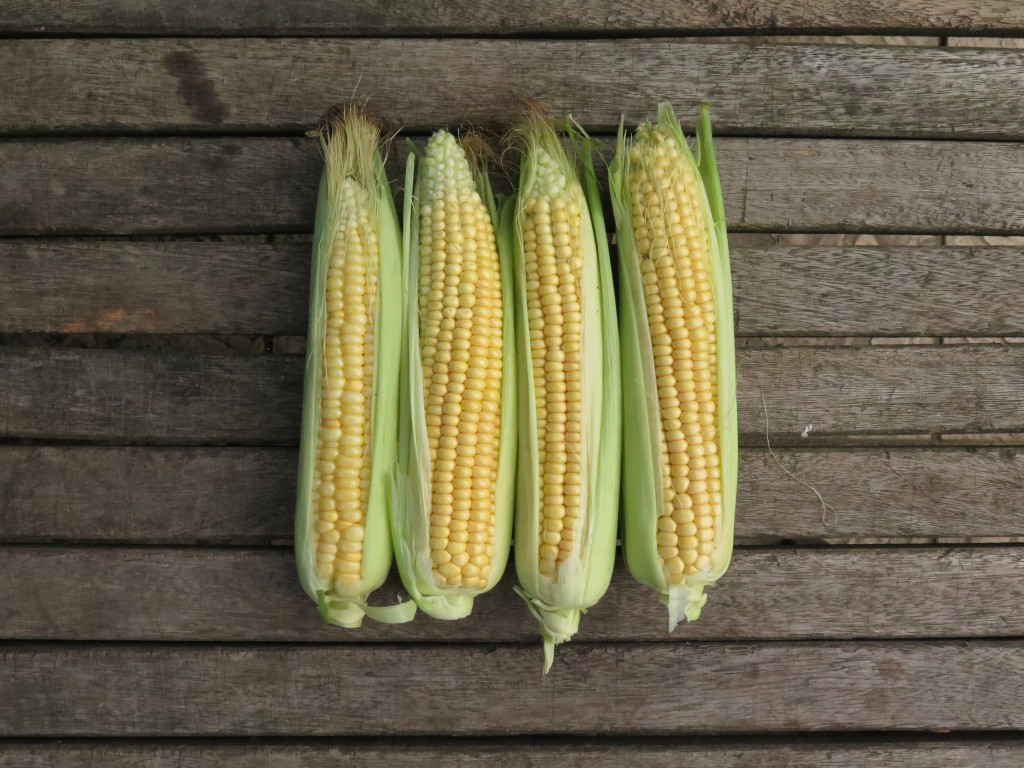 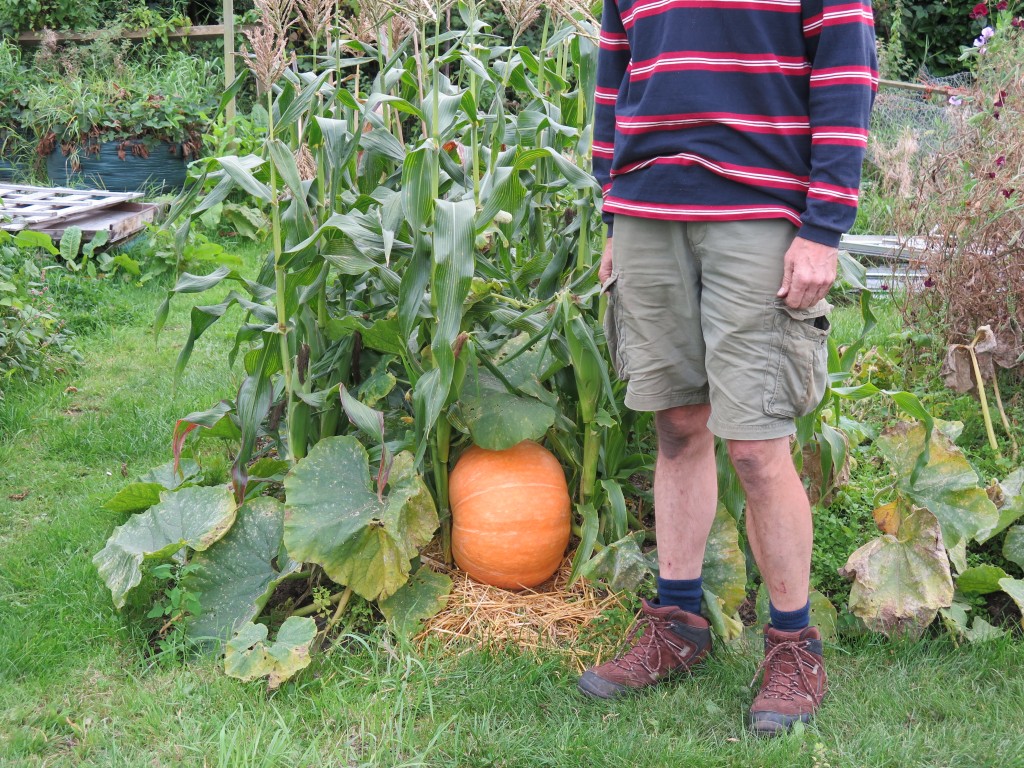 The only thing he has really suffered with this year was the butternut squashes, he harvest over 30 lovely sized squashes last year and we were stocked up throughout the Winter. However, this year he harvested about 15 very small squashes, and yet again I blame the weather. The broad beans also produced a small harvest and the greyhound cabbages have unfortunately been eaten by those darn slugs again.

Now that the year is drawing to a close I’m sure he’ll be planning the seed choice and jobs for next year. On top of that list is the greenhouse which will be erected at the far back of the plot facing the shed. He has all the parts and glass for the aluminum frame but needs to clear the area ready for the structure which will hopefully be ready for planting next Spring.

What I’m going to do from now on is include not only mine but my Dad’s allotment adventures on the blog t00, his projects, his vegetable growing and his harvests too. I learn so much from him and it will be great to share it with all you lot too! 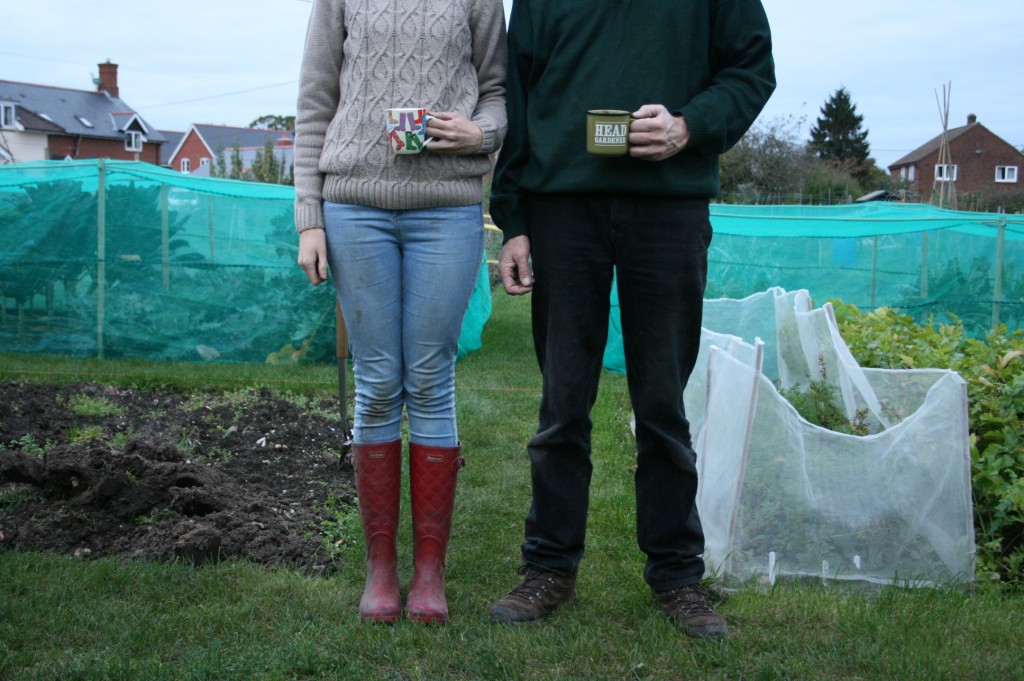 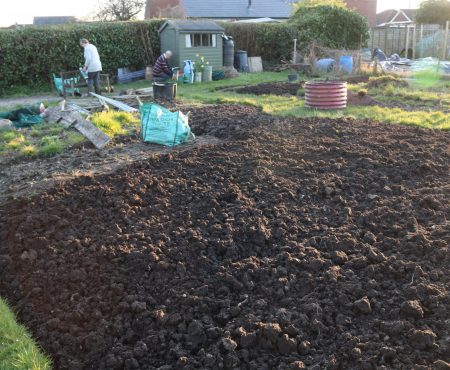