I do love a good juicy red strawberry and there is nothing better then homegrown ones. I have two raised beds on my plot, each bed has 25 strawberries so that’s 50 altogether. The plan is to use one bed for making jam and the other one to eat straight from the plant. I first grew strawberries on my Dad’s plot back in 2011, I collected runners and moved all the plants over to my new plot as I was going to be growing the fruit (I didn’t just nick them, honest!) Last year we had a bumper crop of strawberries on my Dads plot and they were delicious, my Dad made a chicken wire and wooden cage for them and nothing was able to touch them. This year however has started off rather bad. I was over the moon when I noticed lots of juicy red strawberries appearing, I draped some netting over them and 2 days later they were demolished! It was a little heartbreaking having to cut away all the red juicy strawberries which had been nibbled by the mice. There were also a few small rotten ones where they had been touching the soil, I blame cats for this! It seems that before I netted the beds the local cats used them as a litter bin and in the process had flattened and moved all the straw that I had carefully laid around each plant. I guess the beds looked like the most perfect straw litter bins in the world for the cats!

So the mission began to create a cage for my beds so that they would keep the mice and birds away. Because my Dad’s original chicken wire cage worked so perfectly last year we decided that this would be the way to go (his cage is now being used to protect his nursery raised bed which was previously the strawberry bed) The problem however is the lack of space on my plot. My Dad can lift his cage on one end and rest it on the grass patch behind his raised bed whereas I would have to lift the entire frame and rest it on top of the other frame on the neighbouring strawberry bed. One, I am not strong enough to lift the frames (they are rather heavy!) and two, manoeuvring the cages might knock tomatoes off their plants in the nearby trough. It seems that I was trying too hard to fit too much into my allotment without realising that you need space to move easily around!

After much thought and nearly getting rid of the tomato trough completely, my Mum chipped in with a genius idea: ‘why not put lids on the cages?’ It was that simple! So off I went to the local diy store to buy some treated wood and I spent all of Sunday making the cages for my strawberries. My Dad helped a lot, I cut the wood, he put the frames together and then I attached the chicken wire to the frames. And ta-dah! My strawberries are saved!

We popped up the allotment to put the cages on the raised beds and they fit perfectly. They have 2 hinged lids each and one of the lids can be flipped over to rest on the other half which allows me to reach in and collect strawberries. I spent the rest of the night cutting away rotten and nibbled strawberries and I tidied up the straw which the cats had trampled too. I am so unbelievably happy with the final results and they are so practical!

I’m sorry mice, but it looks like you’ll have to go look somewhere else if you want to eat yummy strawberries (I’m sorry to other plot holders too!) 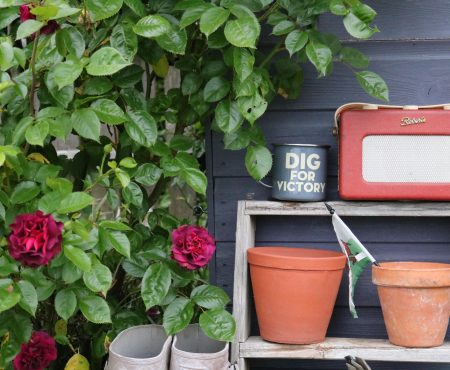 So much more than an allotment… 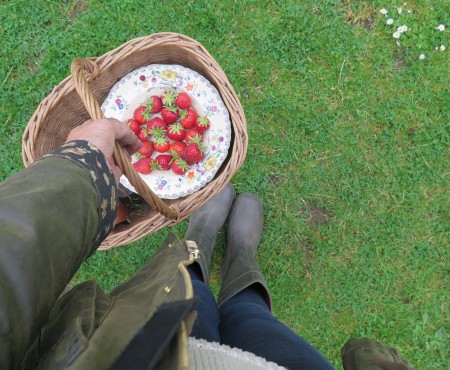 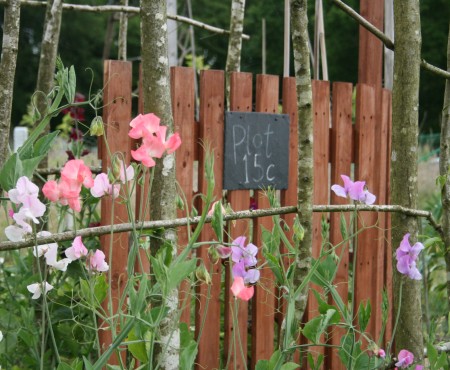