I’ve decided to sell my little bicycle trailer after owning it for 18 months, it’s been ever so handy for cycling up the allotment to gather the harvests but lately it’s been sitting in my back garden gathering dust so to speak. I just don’t have the room to keep it, especially as I only use it a few times every year. It’s time that it went to a new home where it can be used to it’s full potential!

I picked it up at a vintage market and fell in love straight away, the seller said it was French and of course it needed some work. I bought new wheels and tyres for it aswell as welding on a hitch so it can be attached to my bicycle. The entire frame is very solid, it has a metal frame with a metal floor and theres wooden panels around the sides. The back panel can be removed by sliding it up, perfect for easy loading! Included in the sale is the hitch attachment which goes on the bicycle, the trailer simply clicks in and can be removed easily for storage. 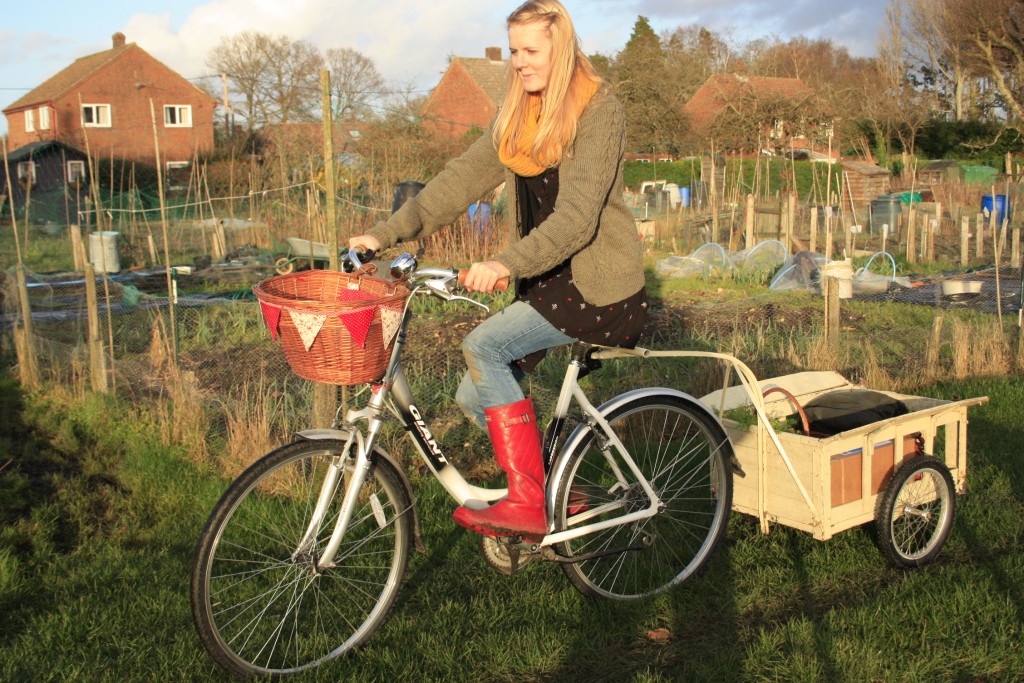 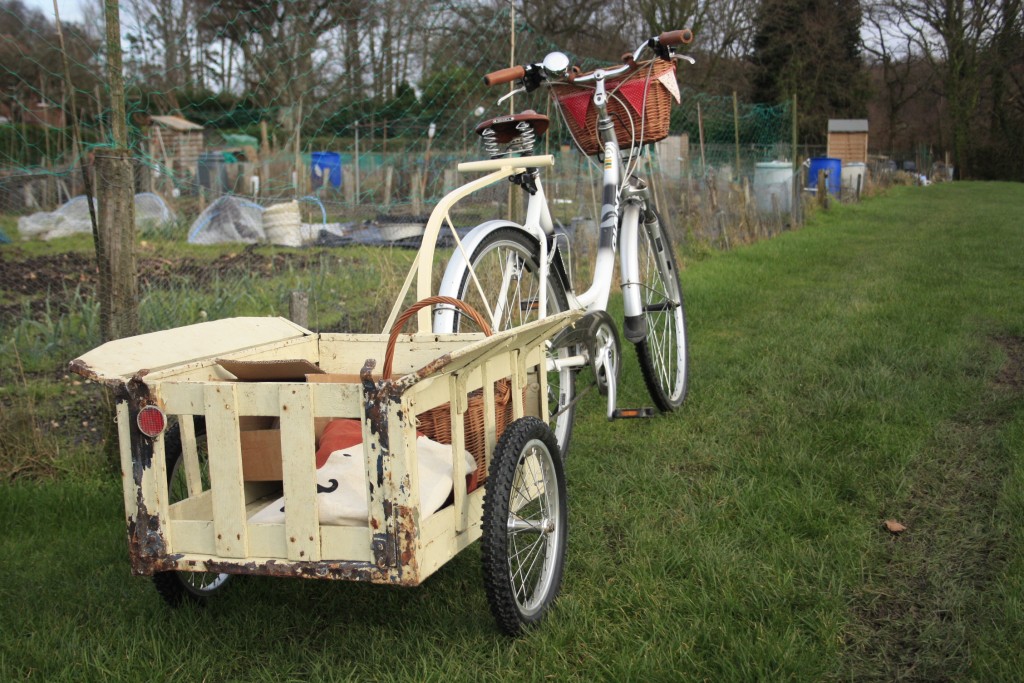 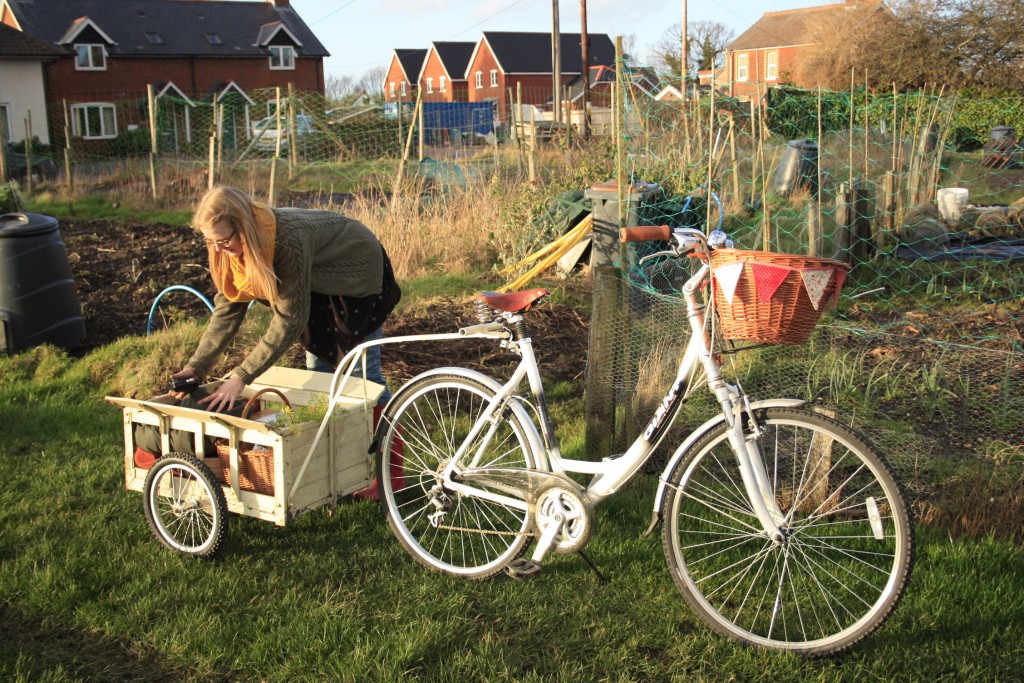 I just thought I would let you all know just incase anyone was interested in buying it, it’s had a few admirers over the year that’s for sure! I’ve listed it over on Ebay if you fancy having a look 🙂 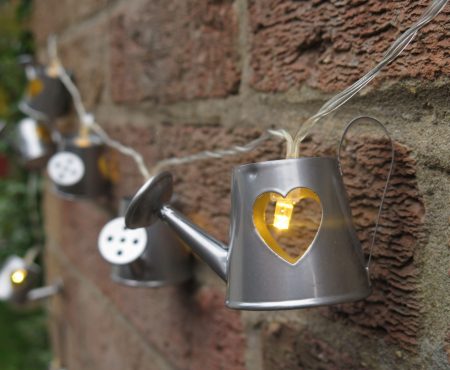 Light up your Garden for Christmas 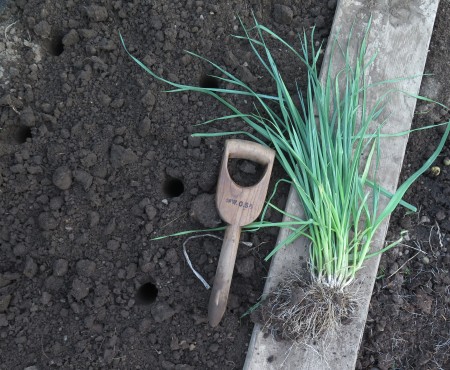 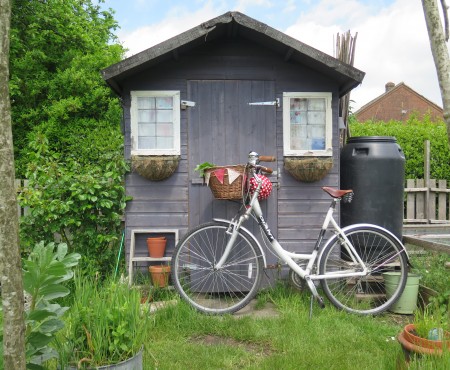 3 thoughts on “Bicycle Trailer For Sale”