Me and Ted ventured to the allotment again at the weekend, it’s still far too wet to do much digging but there were a few jobs on my list that I could tick off instead. For once it wasn’t raining, a rare sighting in February… In fact we’re forecast for a dry spell over the next week and I can’t wait. Not only does it mean that the ground will dry up and the mud will dissapear but it also signals that Spring is on the way! 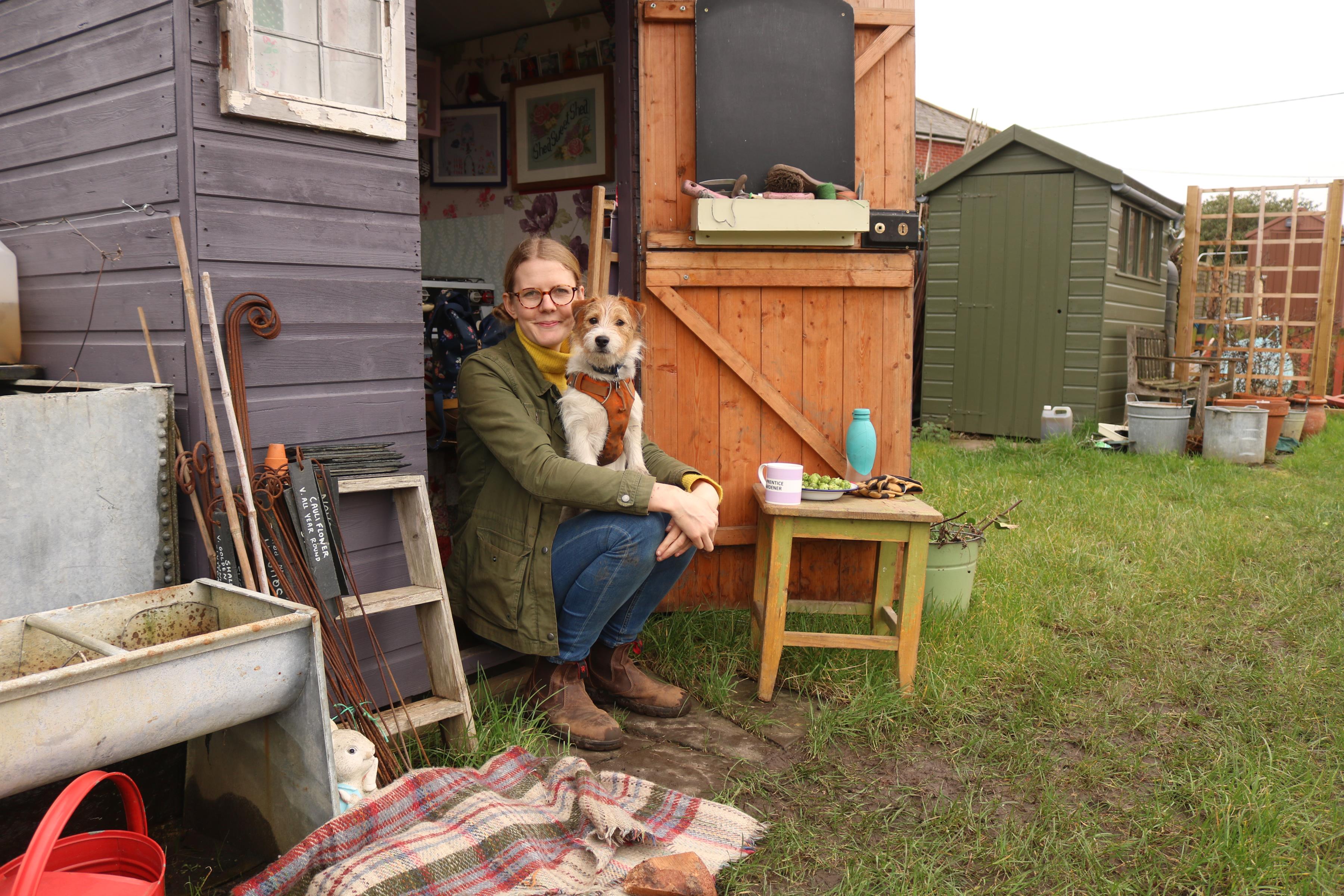 My main reason for heading to the allotment was to give everything a good prune. That included the Raspberries, Blackcurrants, Gooseberries, Roses and all the perennial flowers. As my Roses were only planted out last year I gave them a very light pruning by removing 2-4 inches off each stem, I also only gave the Blackcurrants a light prune and the Autumn Fruiting Raspberries were all cut back to ground level. The Gooseberries on the other hand are being trained into 2 cordons so they needed to be pruned back as they were growing out of control in all directions! I’ve made sure to keep the two main cordons on each bush with a few stems coming off of each one, as they were only planted last year they’ll need more training but I’m so excited to see them grow. 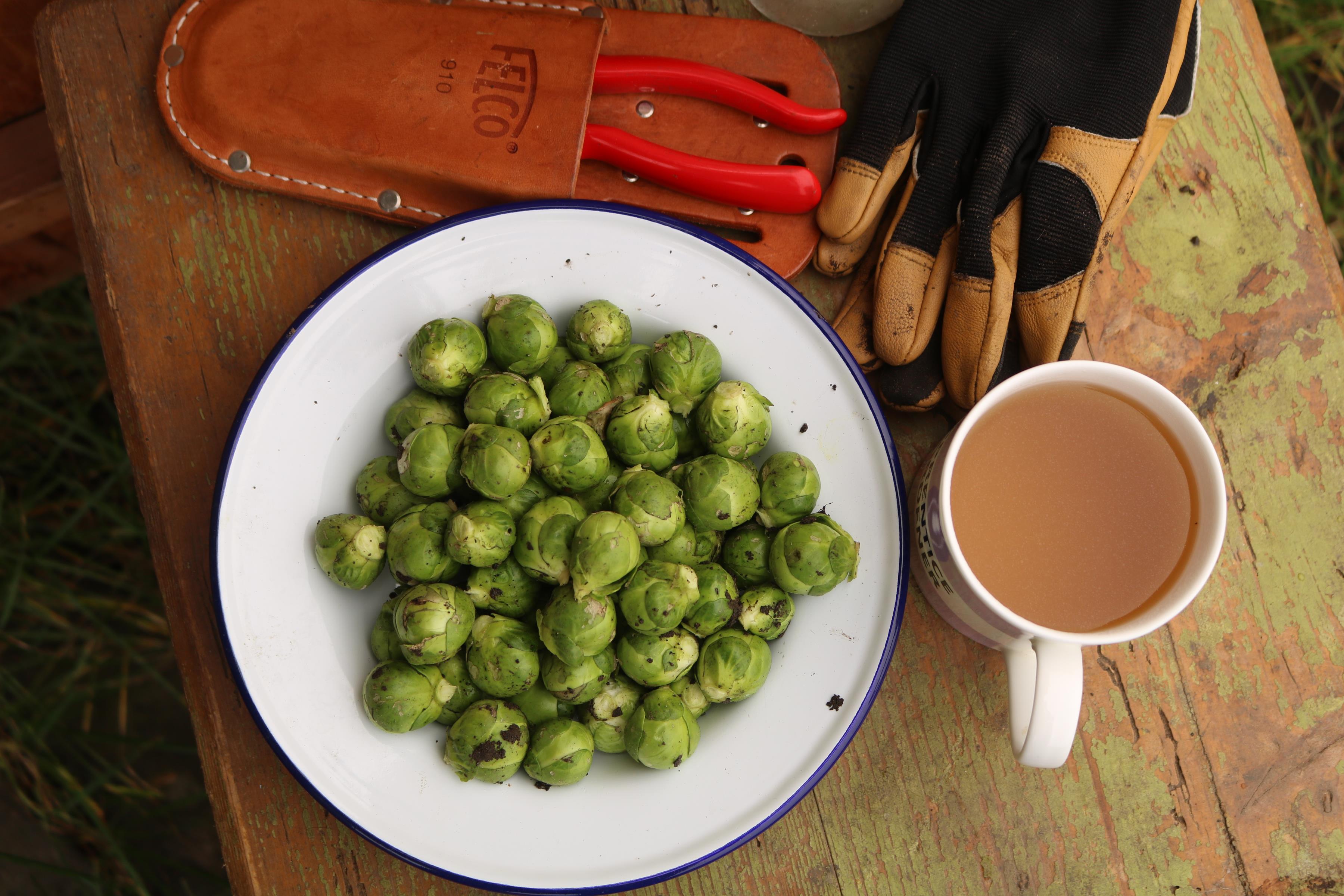 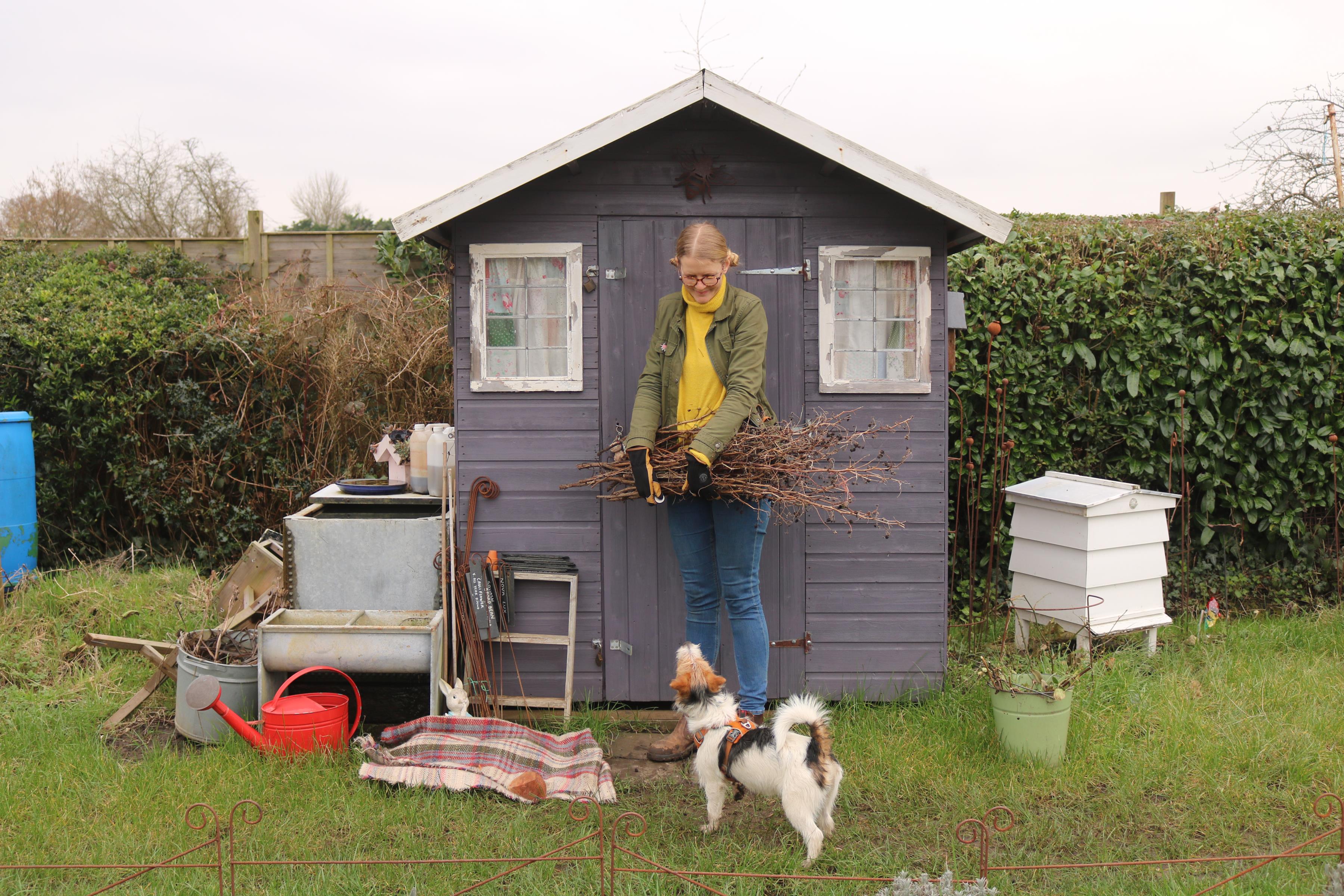 At the moment Teddy can only manage a couple of hours at the plot before he gets tired or bored, he’s very much like a child and needs an eye kept on him at all times. Like always I laid a blanket out for him to lay on and also gave him his favourite chew to keep him occupied… However, he was far more interested in the sprouts that I was busy harvesting! Our sprout harvest hasn’t been the best and lucky for Ted quite a few of them had blown. I spent the next 2 hours throwing sprouts for him to chase and he had the best time, who knew a dog would love raw sprouts so much?! When he wasn’t chasing sprouts he was busy exploring the allotment, checking the daffodils growing in the apple container and trying to run off with prunings. It was a hard feat trying to stop him picking up the gooseberry prunings but he soon realised they were spiky! 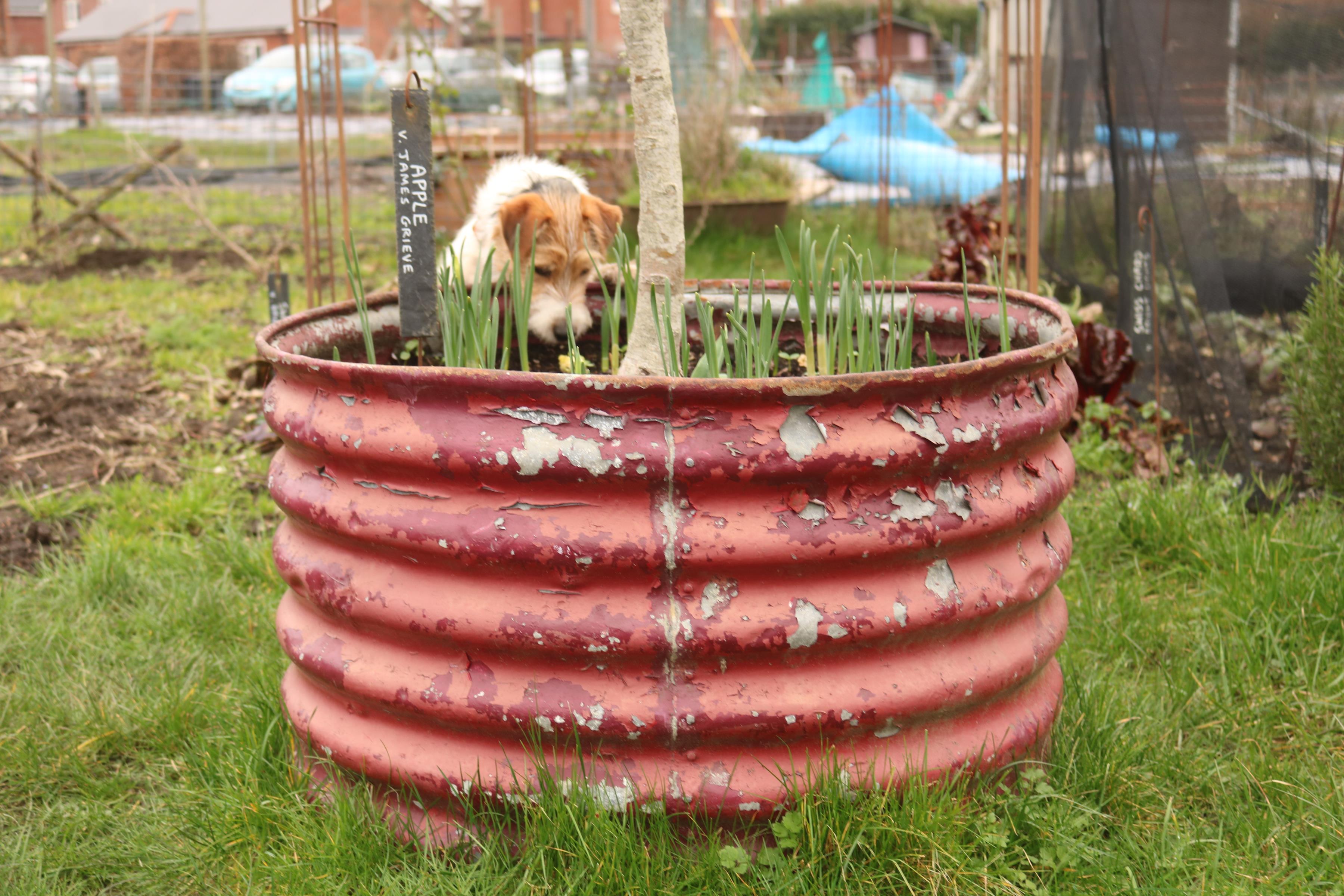 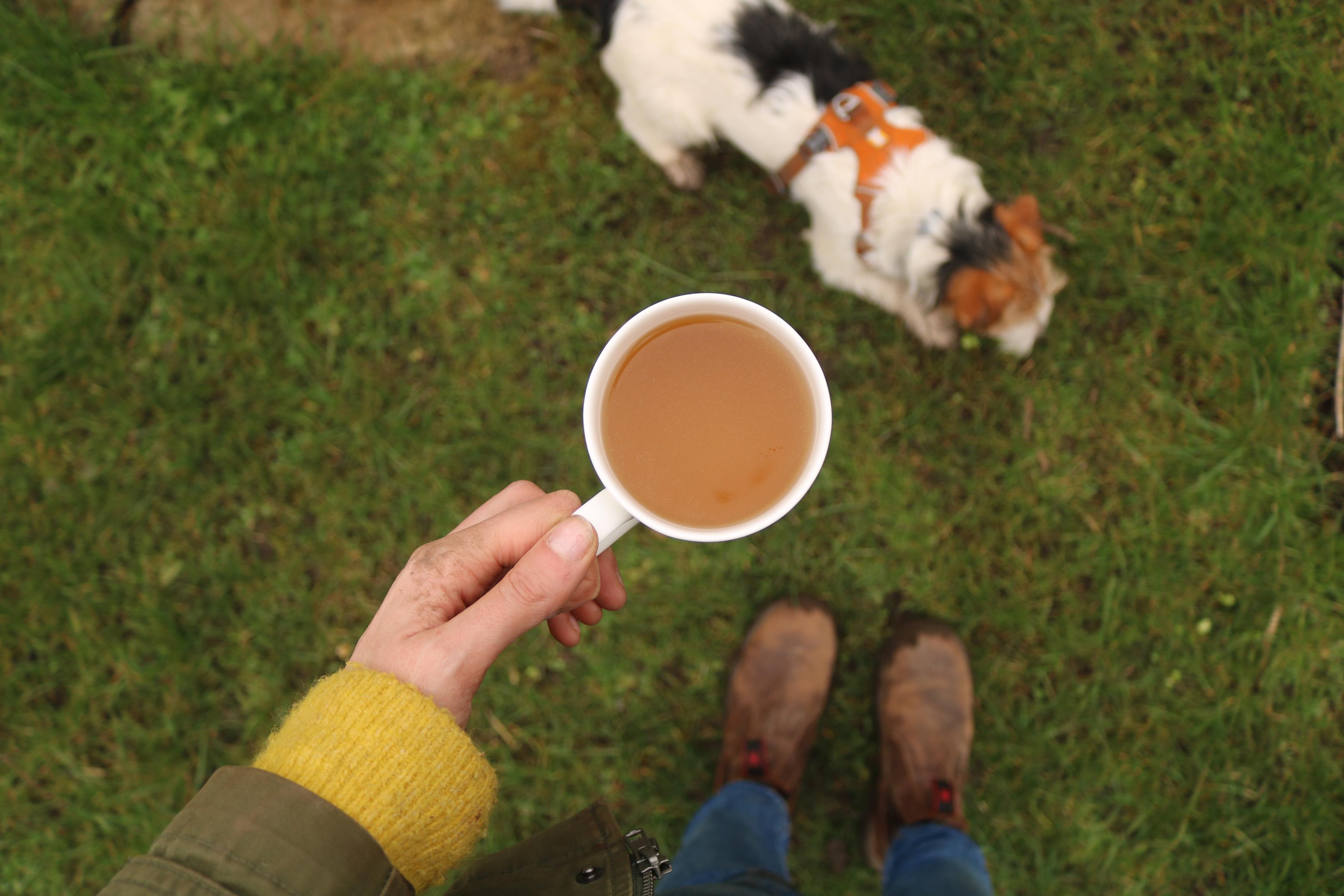 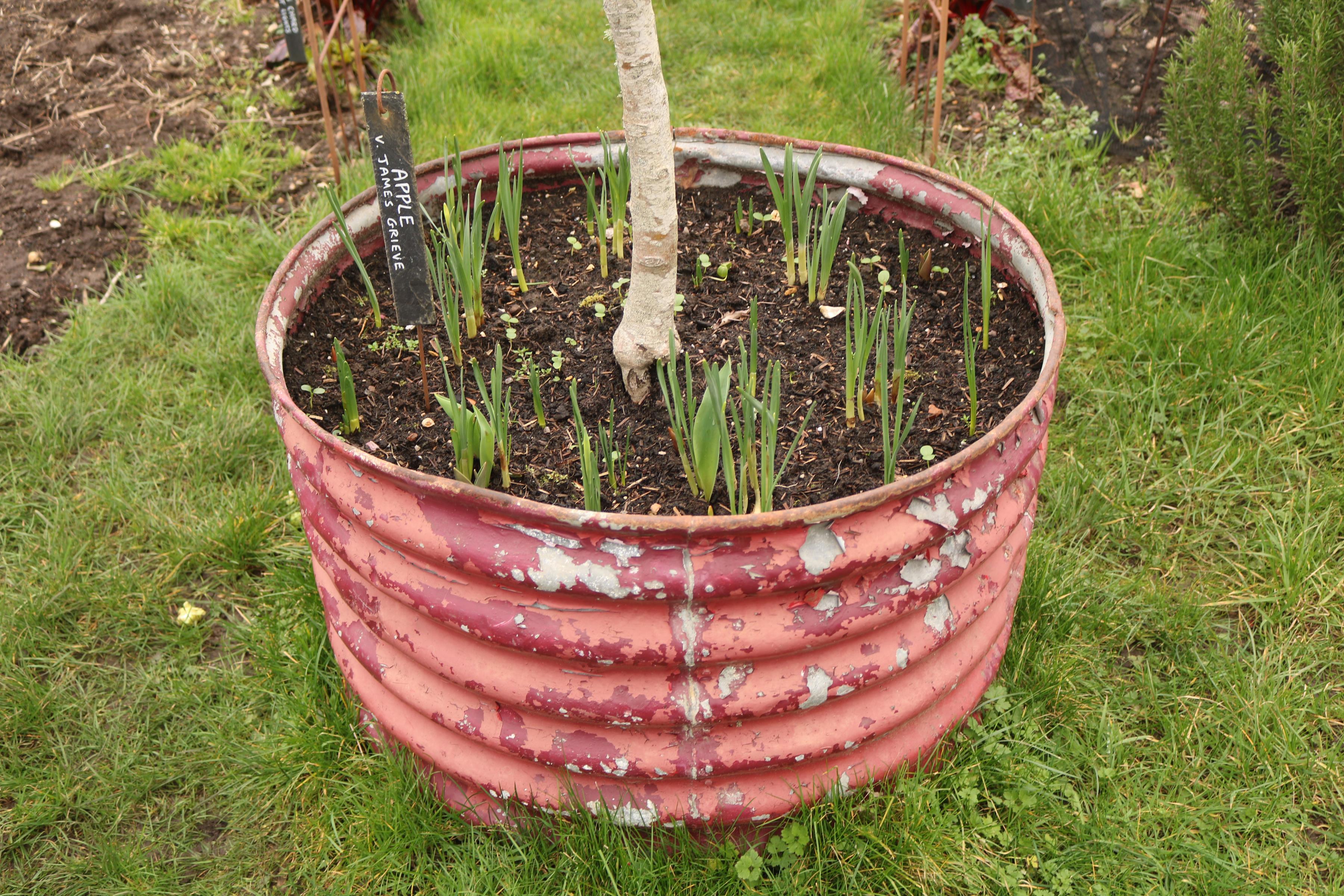 I’m hoping all this nice weather we’ve been having this week will dry the ground up nicely so we can head back to the plot this coming weekend to get some digging done. I’m sure Ted like’s this plan too, he loves digging!