Hello and welcome to a pumpkin special edition blog!

They are the epitome of Autumn and grace the doorways of houses throughout the season, they’ve become a popular decoration indoors and out and one which I want to embrace more of this year. However, they are also the tastiest Autumn treat and if stored well they will provide food all Winter long. Just be sure to cut as much stalk as possible when harvesting your pumpkins and squash, as that is the most fragile part it will let in any disease and rot quicker with smaller stalks. 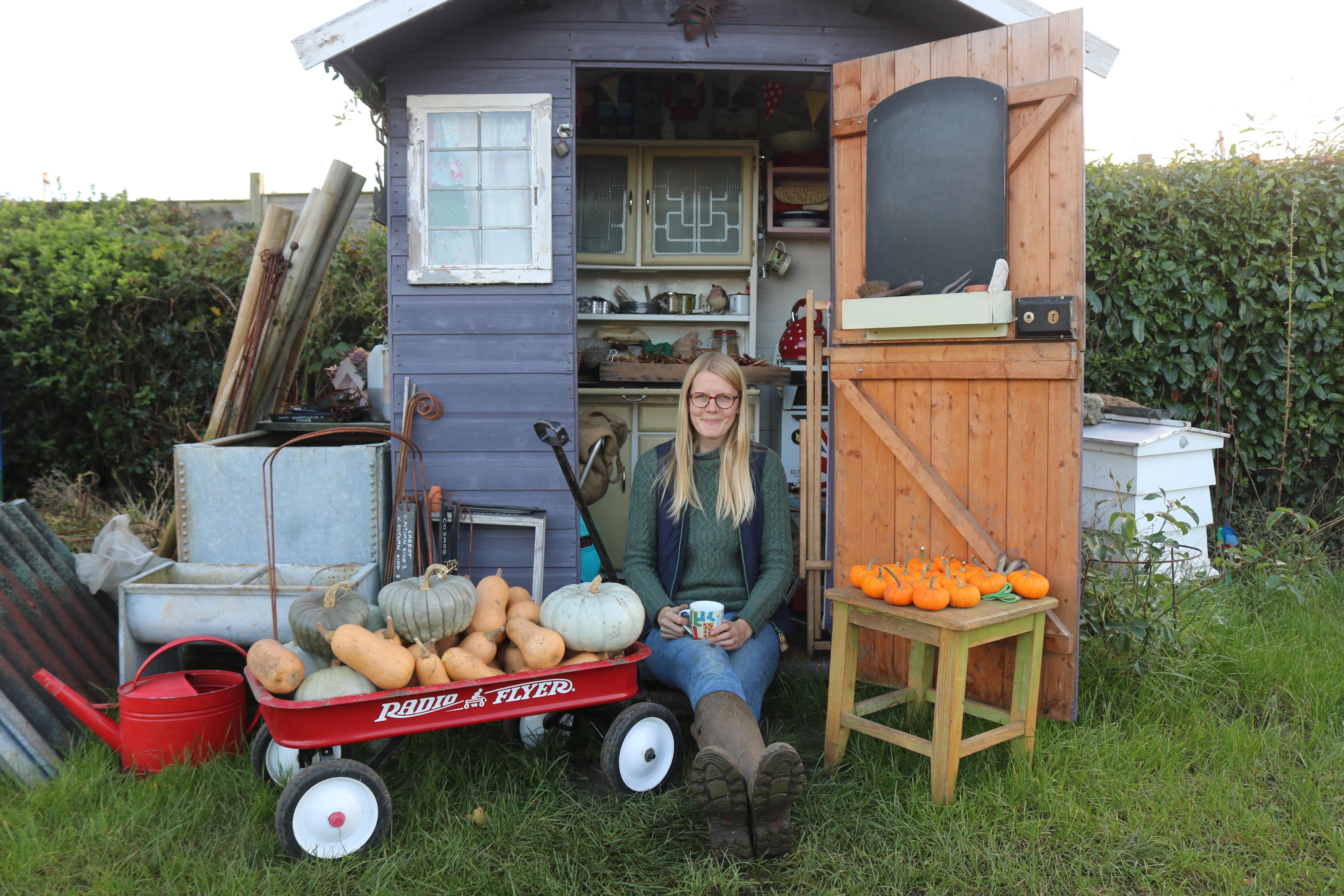 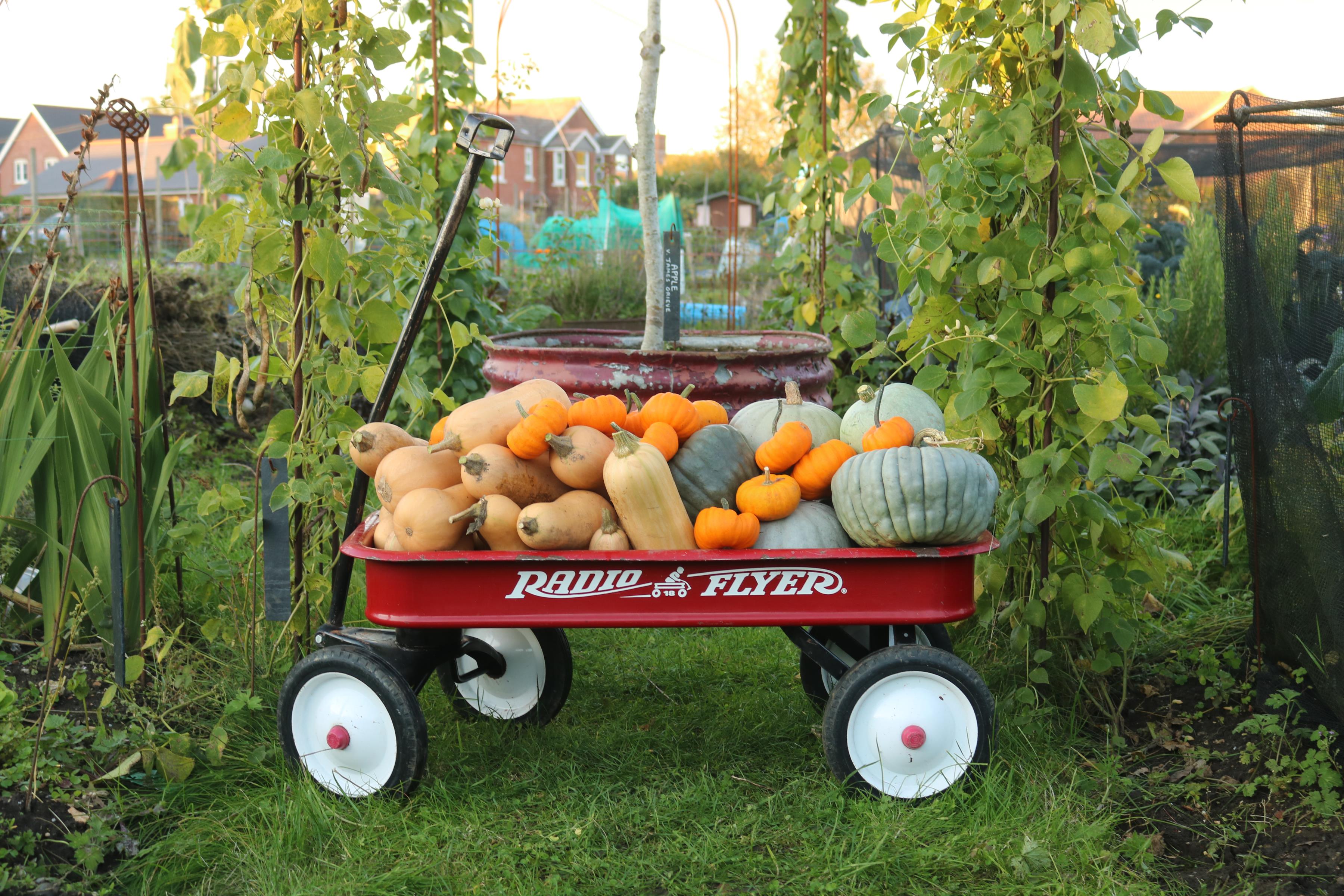 Pumpkins and Squash have always been a must have to grow on the allotment and the plot just wouldn’t be the same without them, some of the varieties even have a special place in my heart. We grew 4 different types on the new plot this year and they didn’t disappoint despite the weather being a bit hit and miss. Amongst them was an old favourite, Crown Prince Squash, and what must be the tastiest of the bunch. If the beautiful pale blue skin made you giddy then the bright orange flesh underneath will steal your heart for good. We planted 2 of the plants in a bed with courgette and sweet peas with sweetcorn at the far end so the squash plant could wind itself around the bottom of the corn. In the end 4 were harvested, all ranging in different sizes but the largest one really is a beautiful shape. 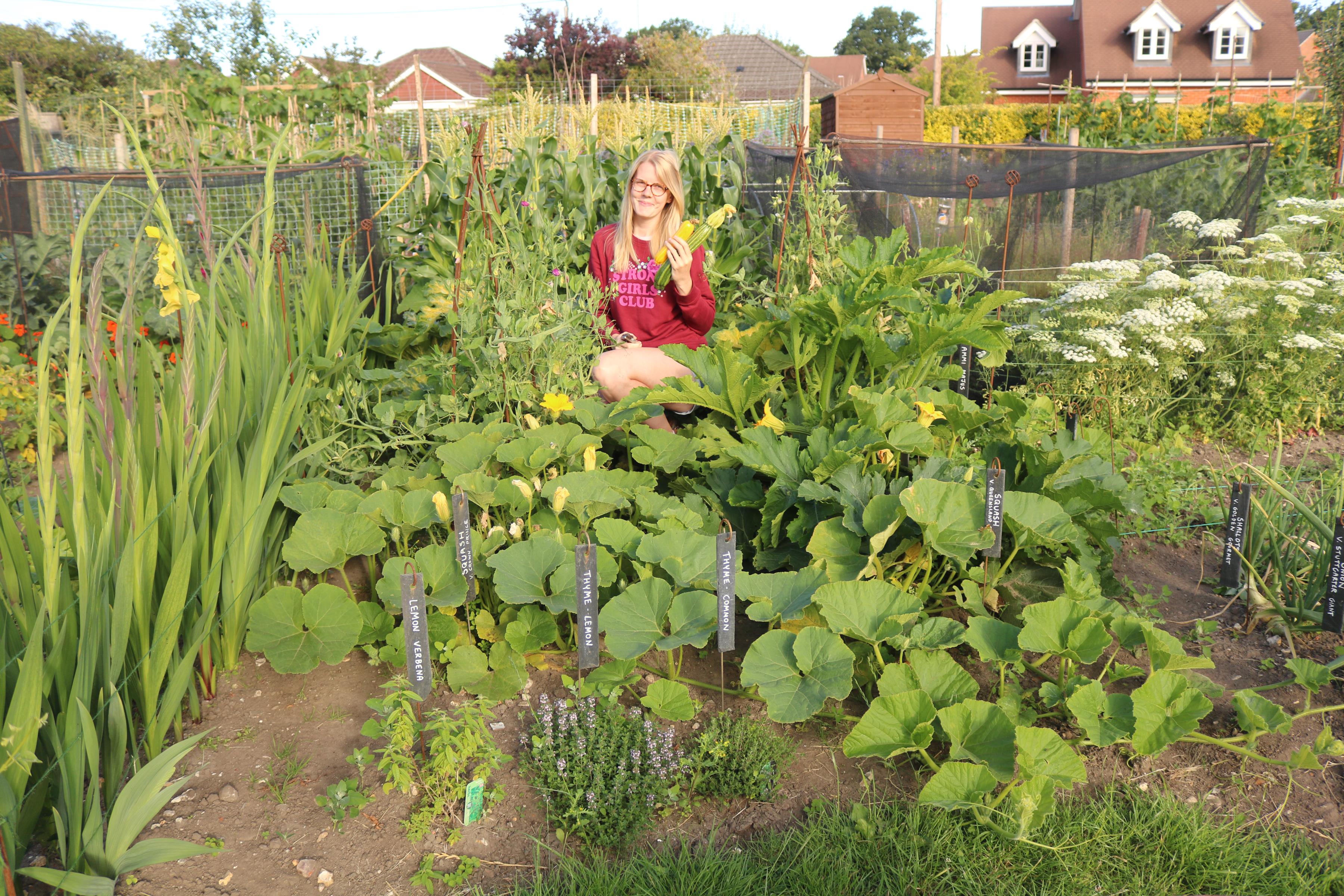 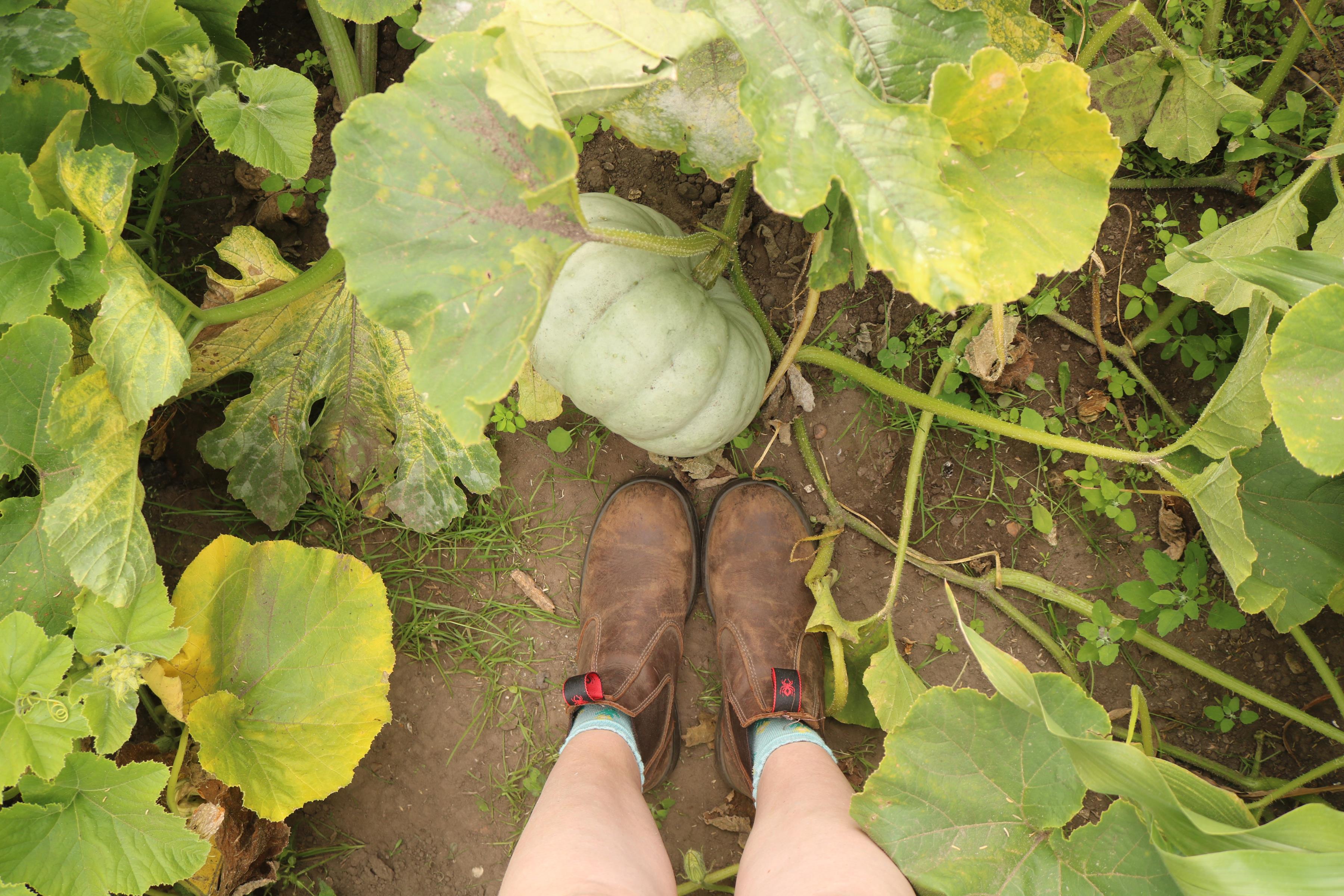 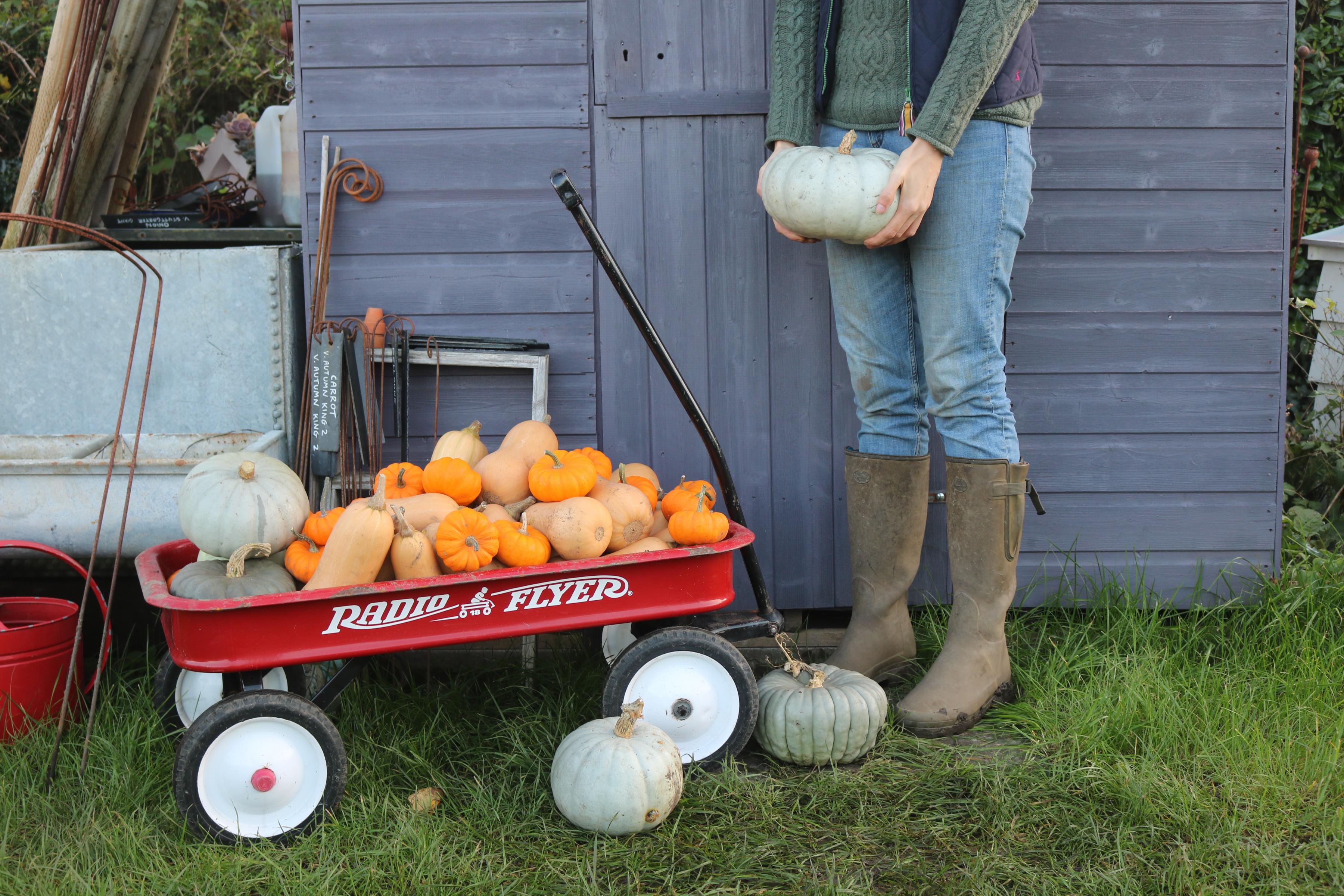 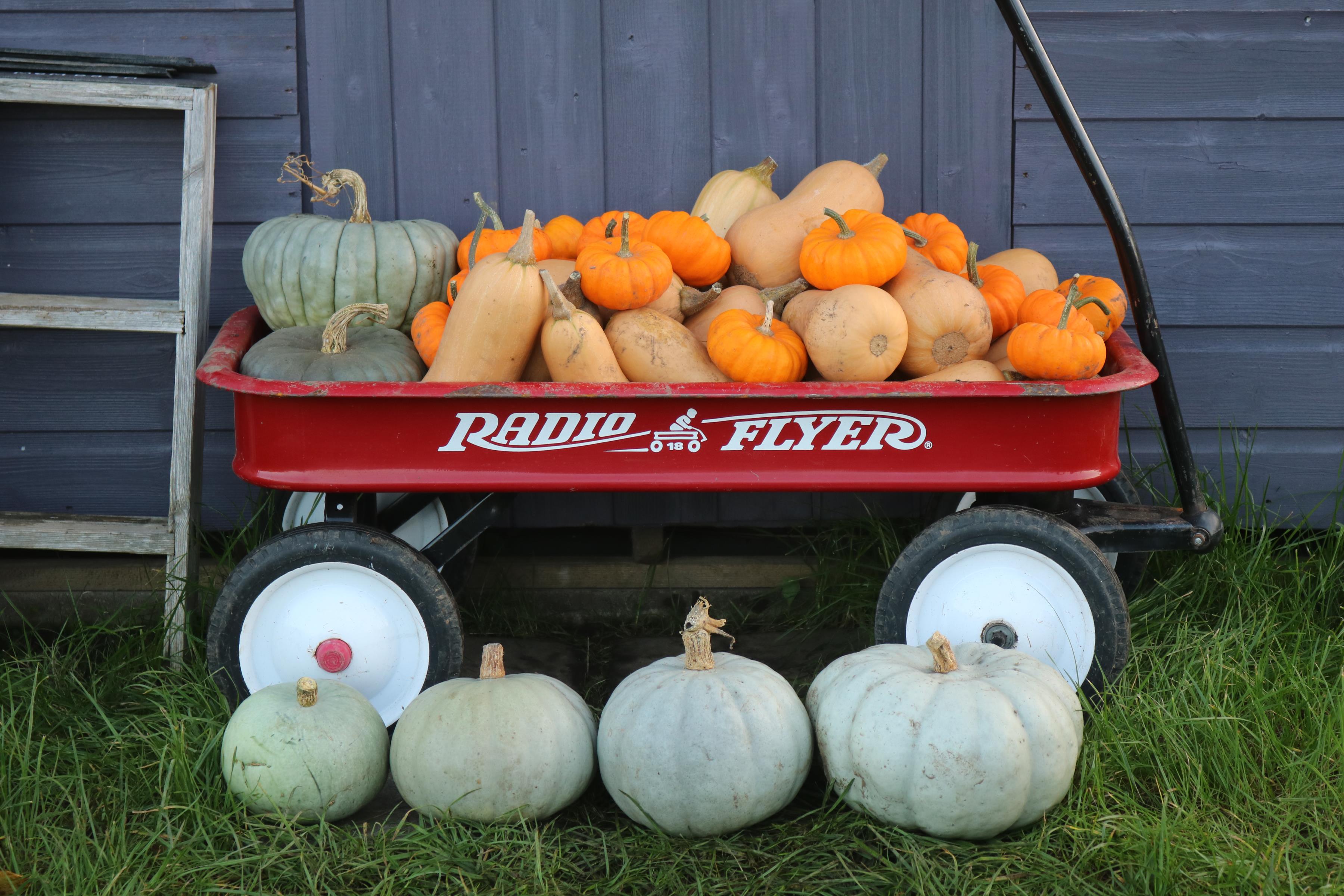 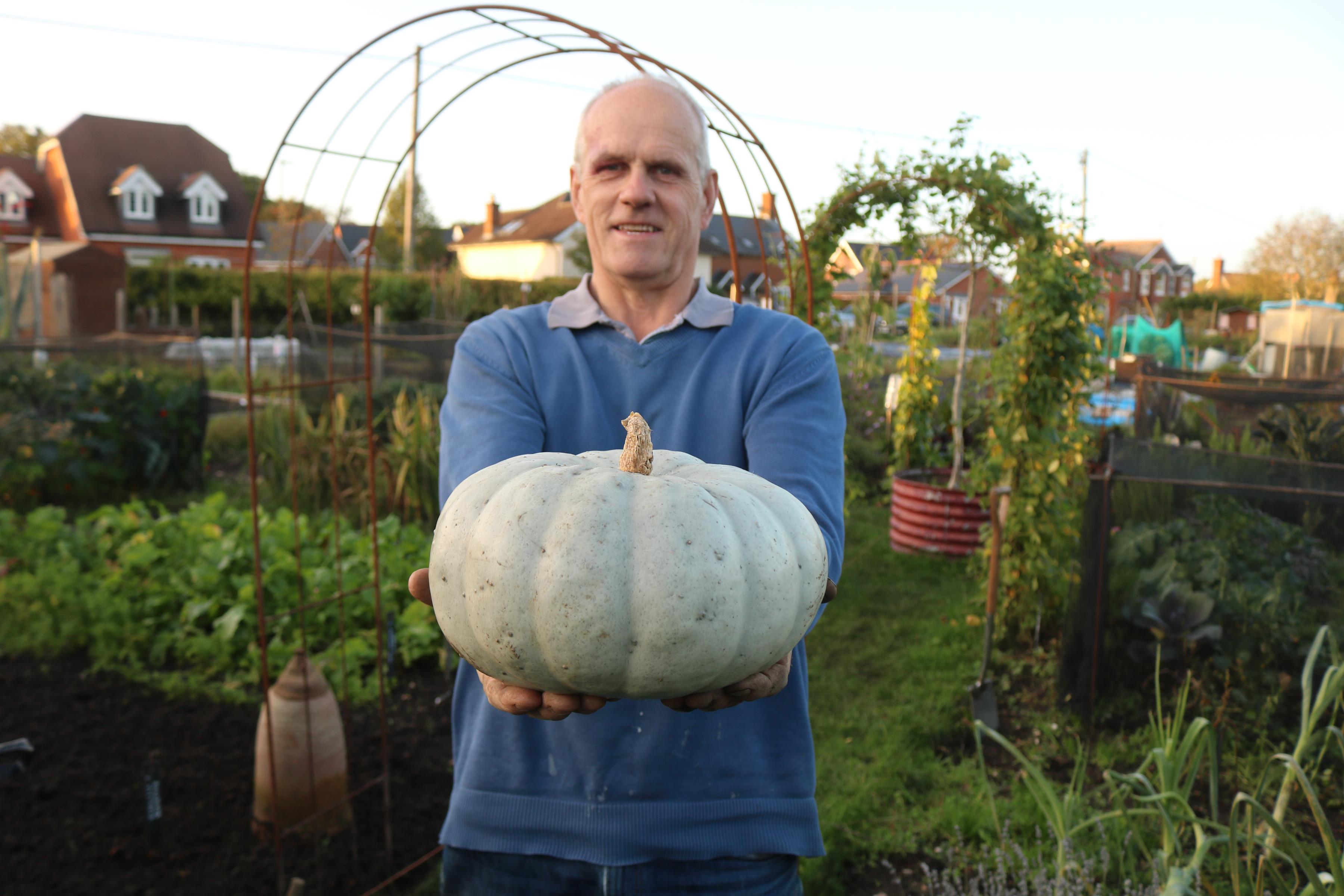 Next are the Queensland Blue, a new variety to us but who can resist another blue pumpkin and a heritage one at that! The deep ridged skin comes in various shades of green and blue with a vibrant orange centre. Yet again we planted 2 of the seedlings amongst the courgettes and sweet peas but only gained one pumpkin from each plant. Not a great harvest but in hindsight I might have tried to squeeze too many crops into one area and the courgettes were monsters too! 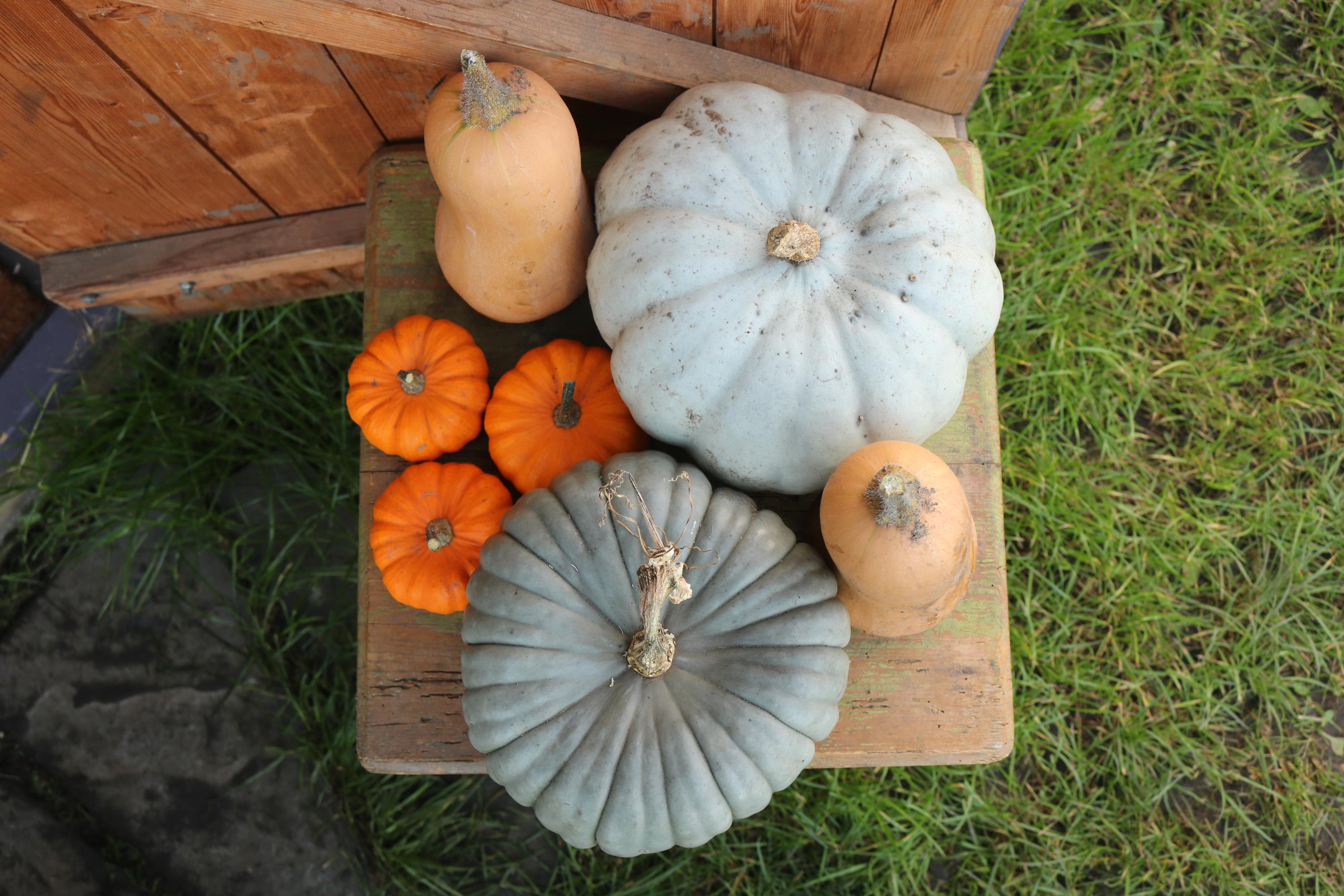 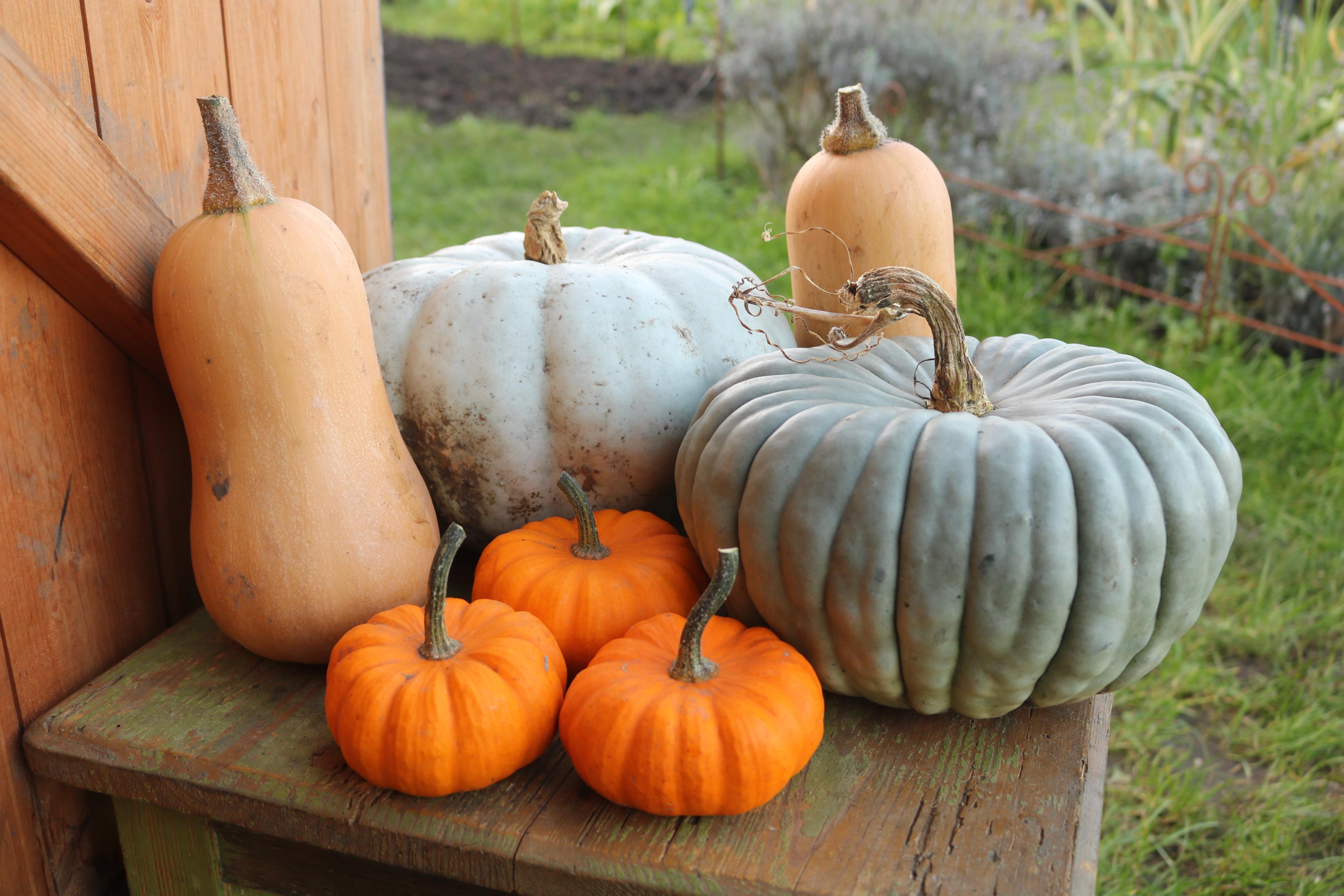 Butternut squash are a staple crop for us and we always make a batch of my favourite soup to freeze every Autumn, in fact we tucked into a bowl of butternut squash soup from 2019 just the other day and it was delicious. The variety we grow is called ‘Hunter’ and we planted out 5 plants to grow around the bottom of our two wigwams, although they invaded the dahlia bed too! From those 5 plants we harvested 31 squash and I was over the moon, that means we have plenty to make soup with and I’m also going to try a few new recipes too. 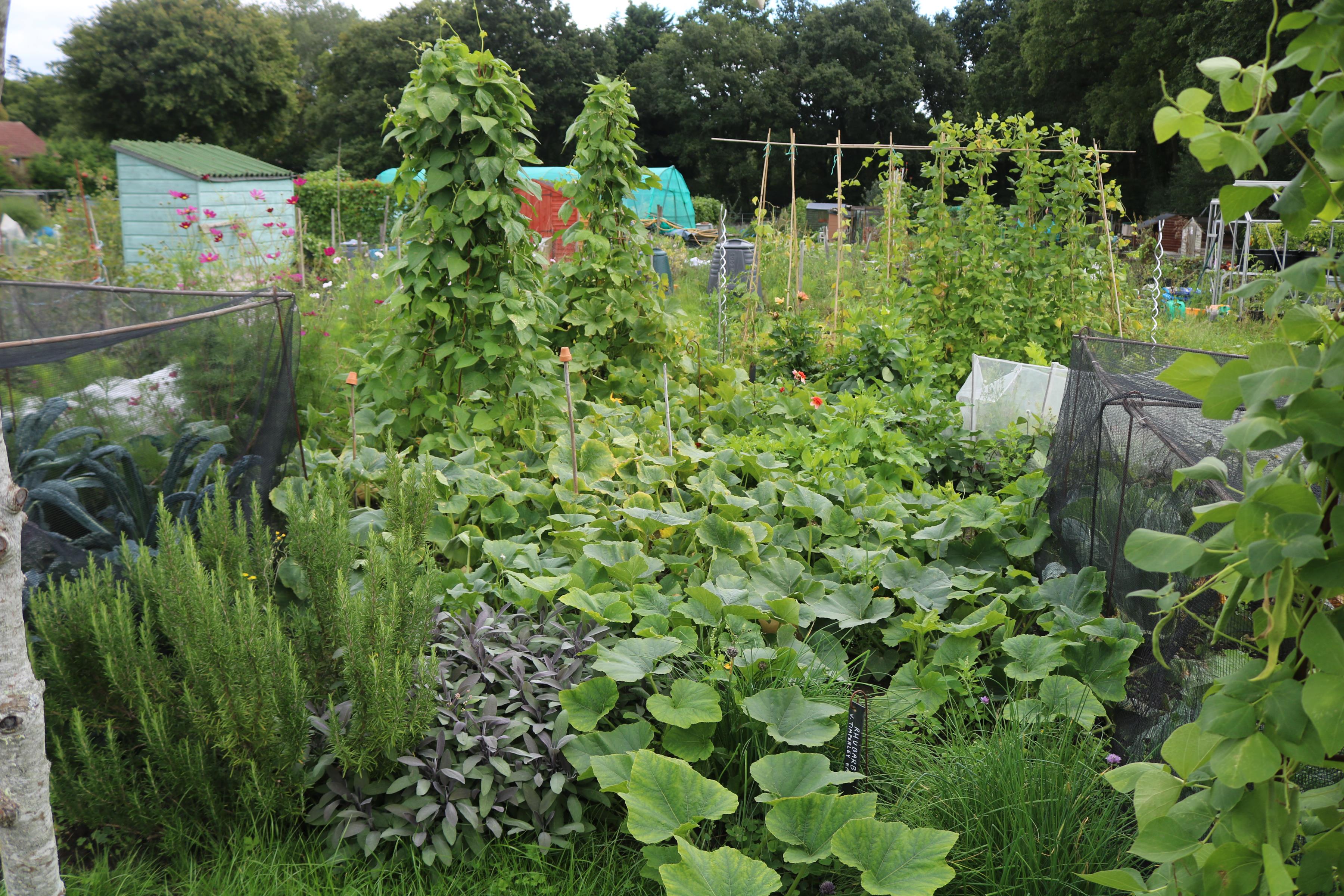 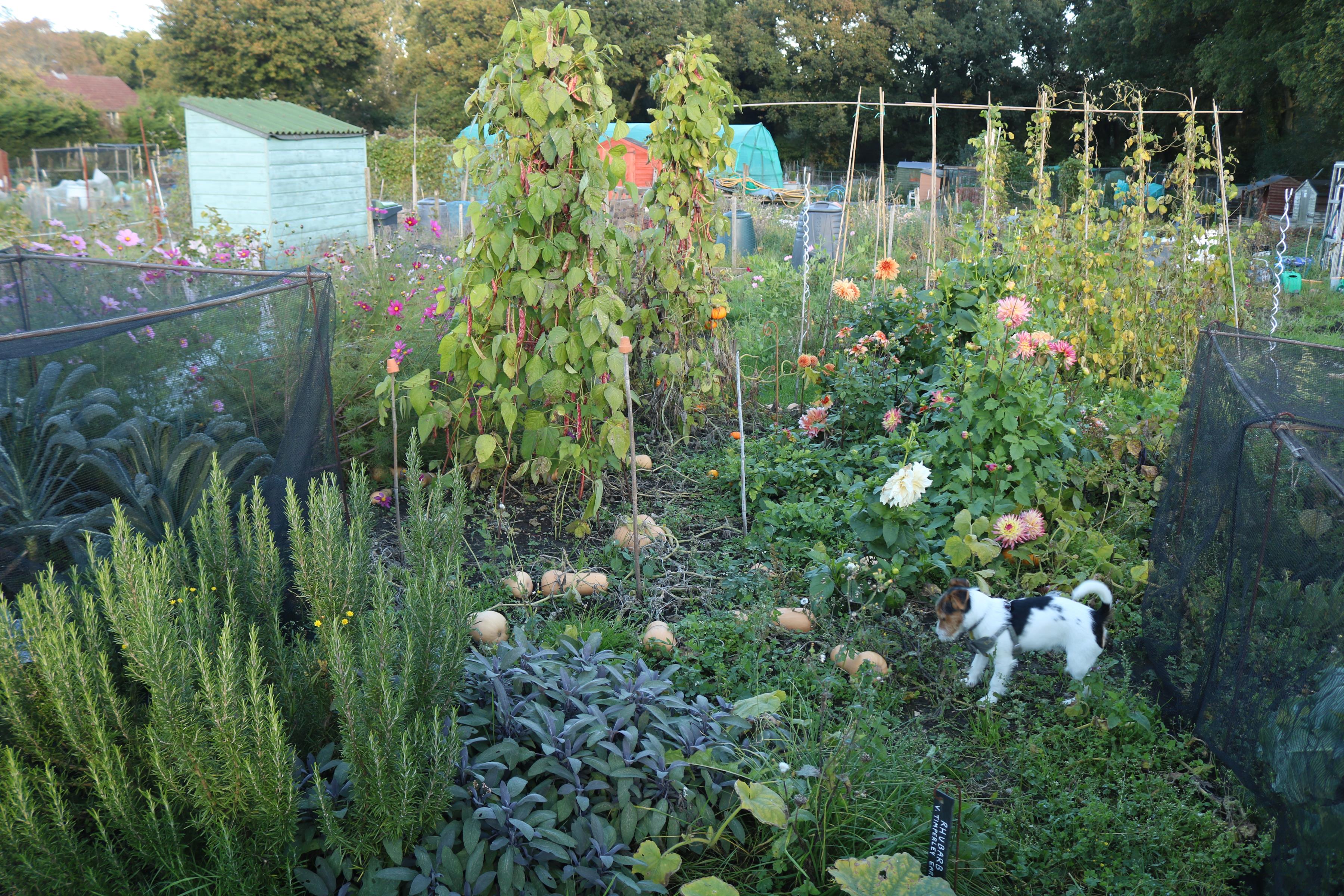 I was saving my favourite variety for last and I think you can all guess which one it is? Munchkin Pumpkins of course! They’ve been a feature on my allotment for the past 6 years and they first graced my handmade hazel archway back in 2014. Since they’ve been grown every year with varying results, the first year I harvest over 30 and then every year since I was lucky if I harvested two if any! However, it never crossed my mind to ever give up growing them and I’m pleased to say my patience paid off. It wasn’t a huge harvest but I picked 16 little Munchkins from the two plants growing up one of our wigwams and I was over the moon. They not only look adorable but they are incredibly tasty as well and we tend to roast them whole stuffed with kale, chorizo and cream. Before we eat them though I’m going to proudly display them on our mantel piece as decoration this Autumn before giving into temptation… It almost seems cruel to eat such cute little things! 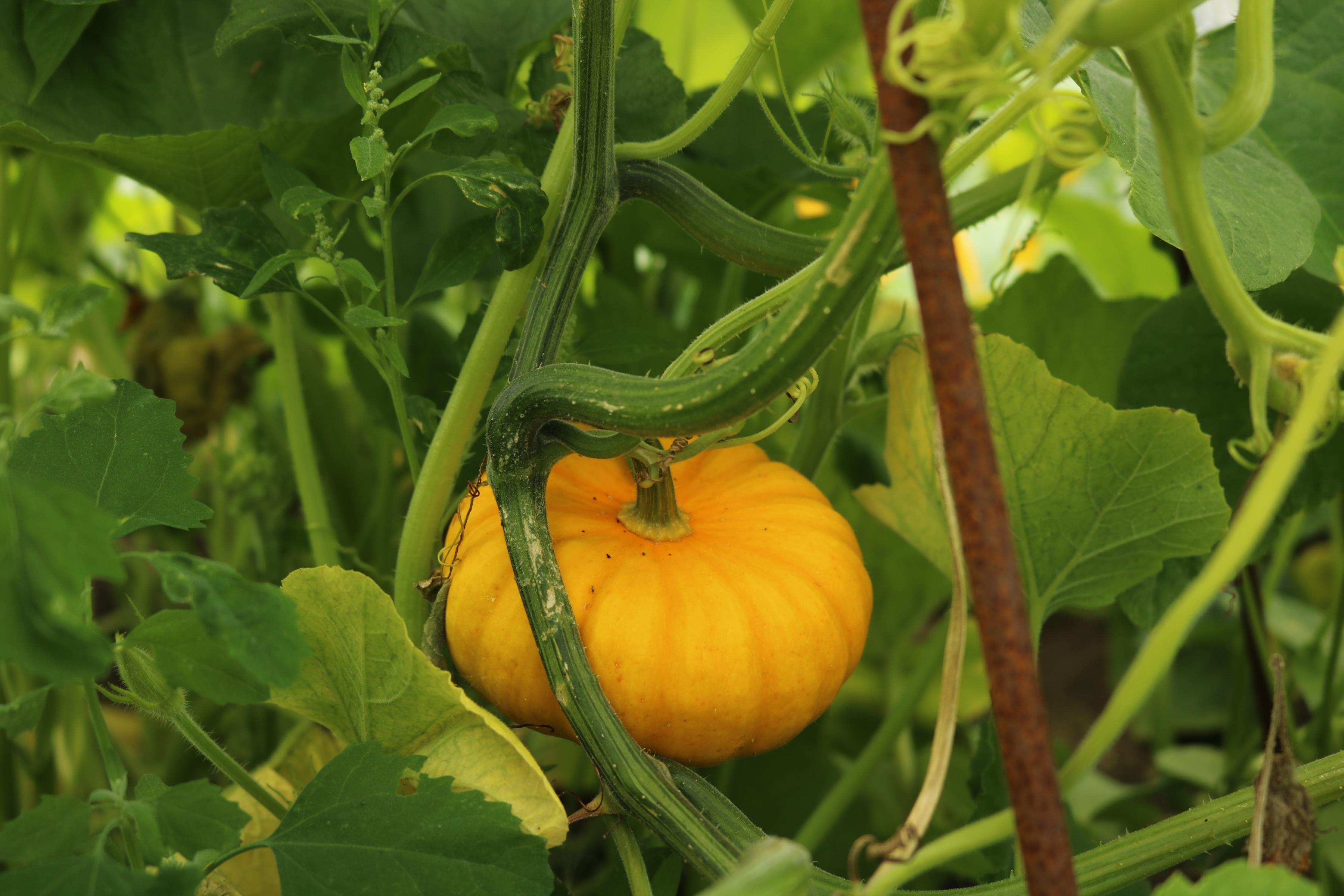 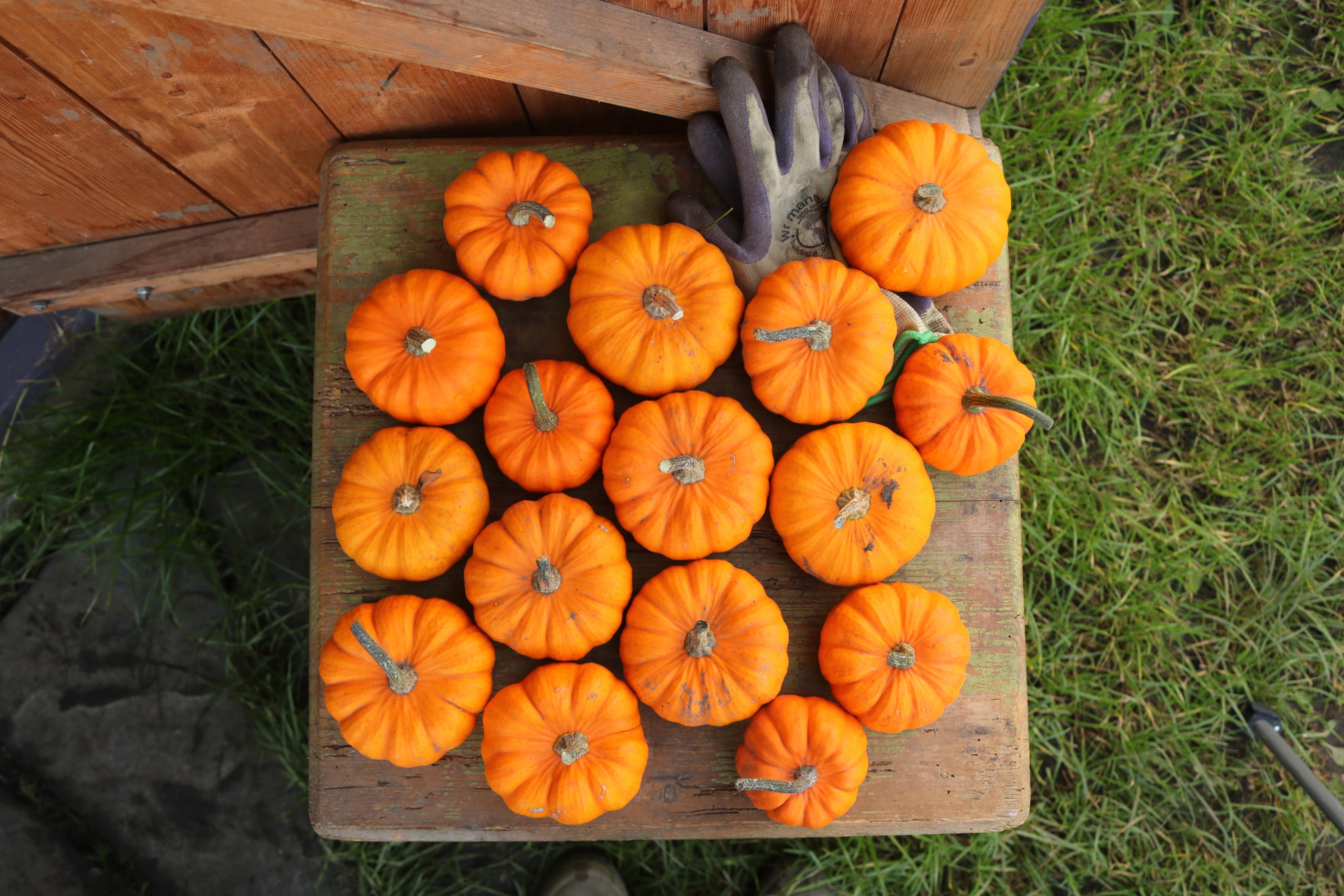 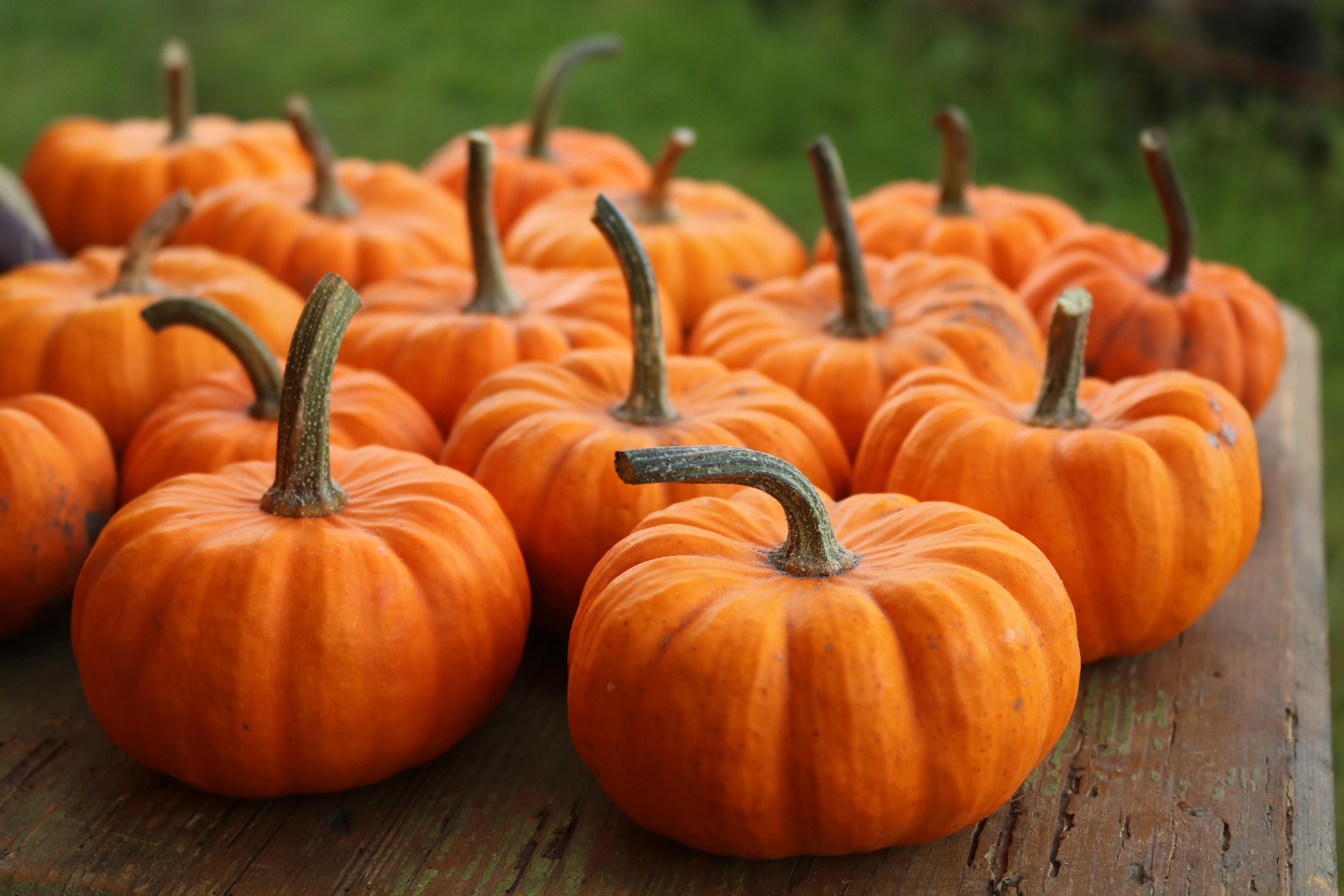 If your thinking you just don’t have the room to grow them then don’t worry, there are plenty of varieties which can be grown vertically to save space just like the Munchkin Pumpkins. Or simply let the vines wind themselves around the bottom of your sweetcorn and grow two crops in one! I’m hoping to add a pink variety in the mix next year and I’d also like to grow some small white pumpkins too. I actually sowed some white versions of the Munchkins called ‘Baby Boo’ but the seedlings were too weak and gave up the ghost when I planted them out on the other wigwam. But that’s the joy of gardening isn’t it, there’s always next year and I’m planning already!

And that’s the end of the special edition pumpkin blog, but before I leave I’d just like to say… HAPPY HALLOWEEN! Here’s a rather cute photograph of my all time favourite pumpkin for you to enjoy. 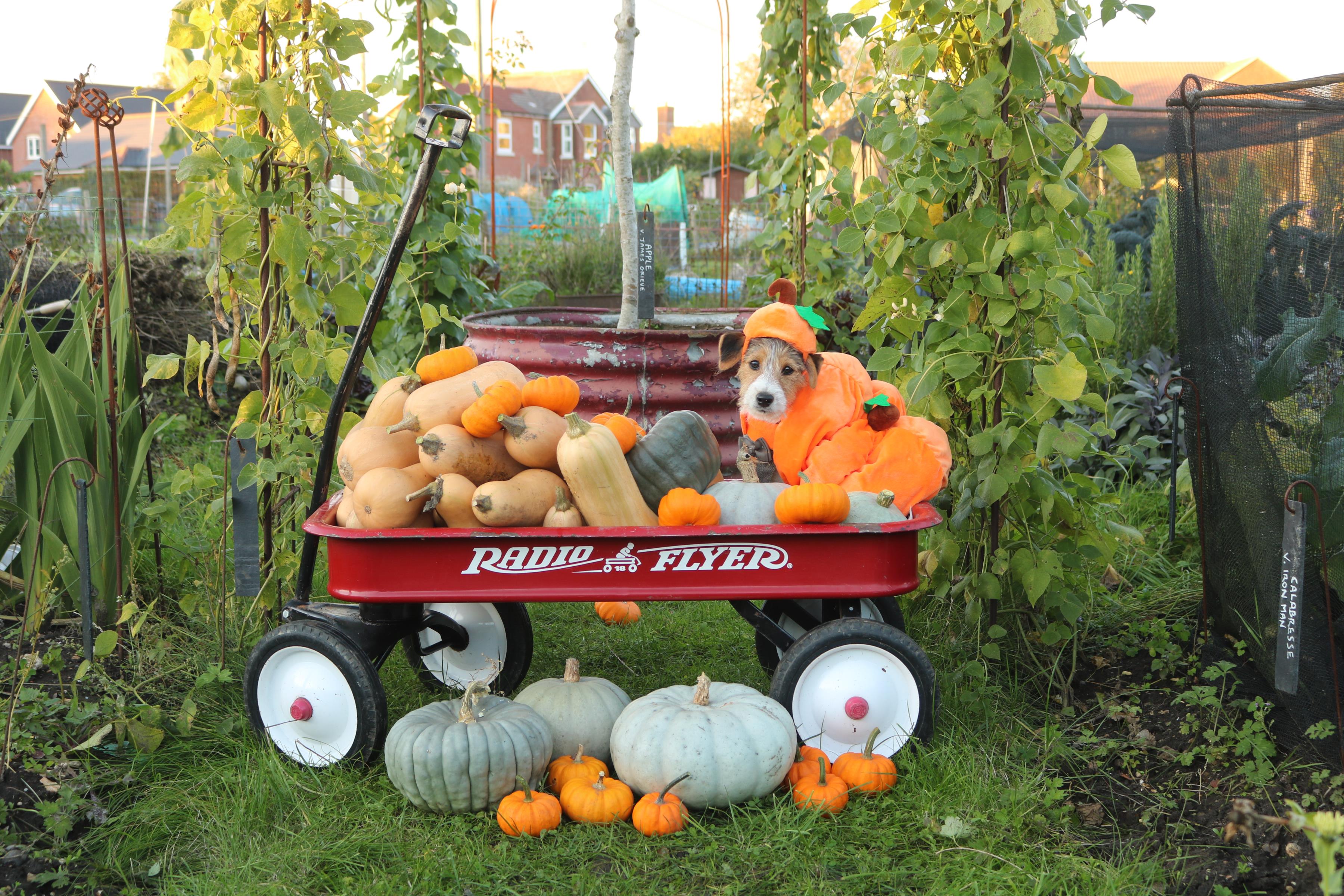 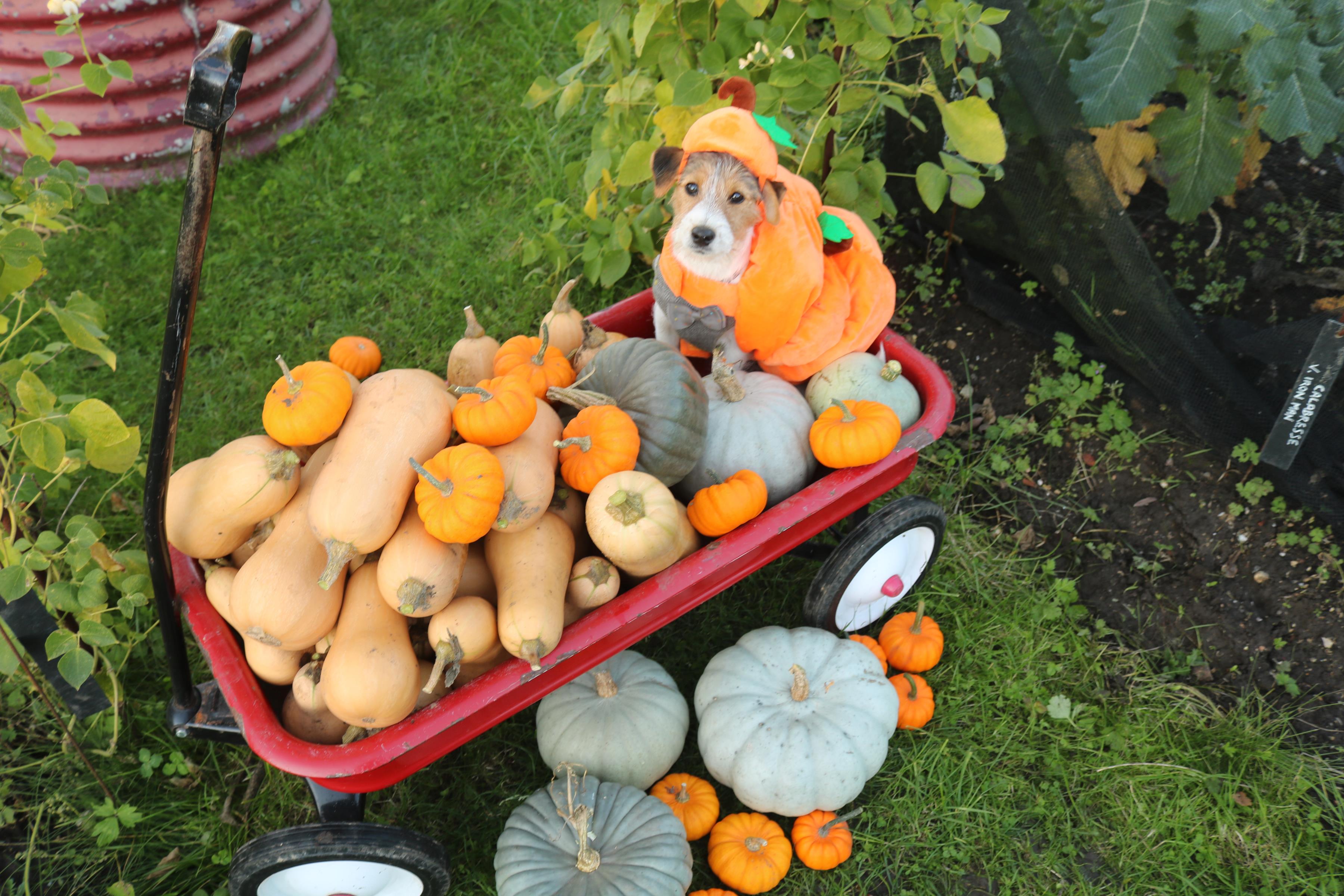 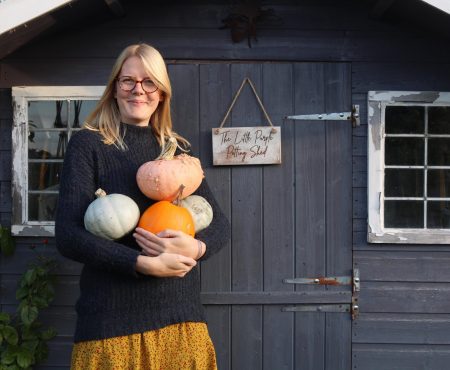