I haven’t had a free weekend in such a long time what with working away at garden shows and being in Wales. Therefore it sure felt good to have a whole day to spend up the allotment without having to rush or scoot off to do other jobs that very same day. My ‘jobs to do in September’ list was waiting to be ticked off and I decided not to do any filming so I could focus on the tasks ahead, plus I kind of wanted a stress free day just pottering about on the plot. 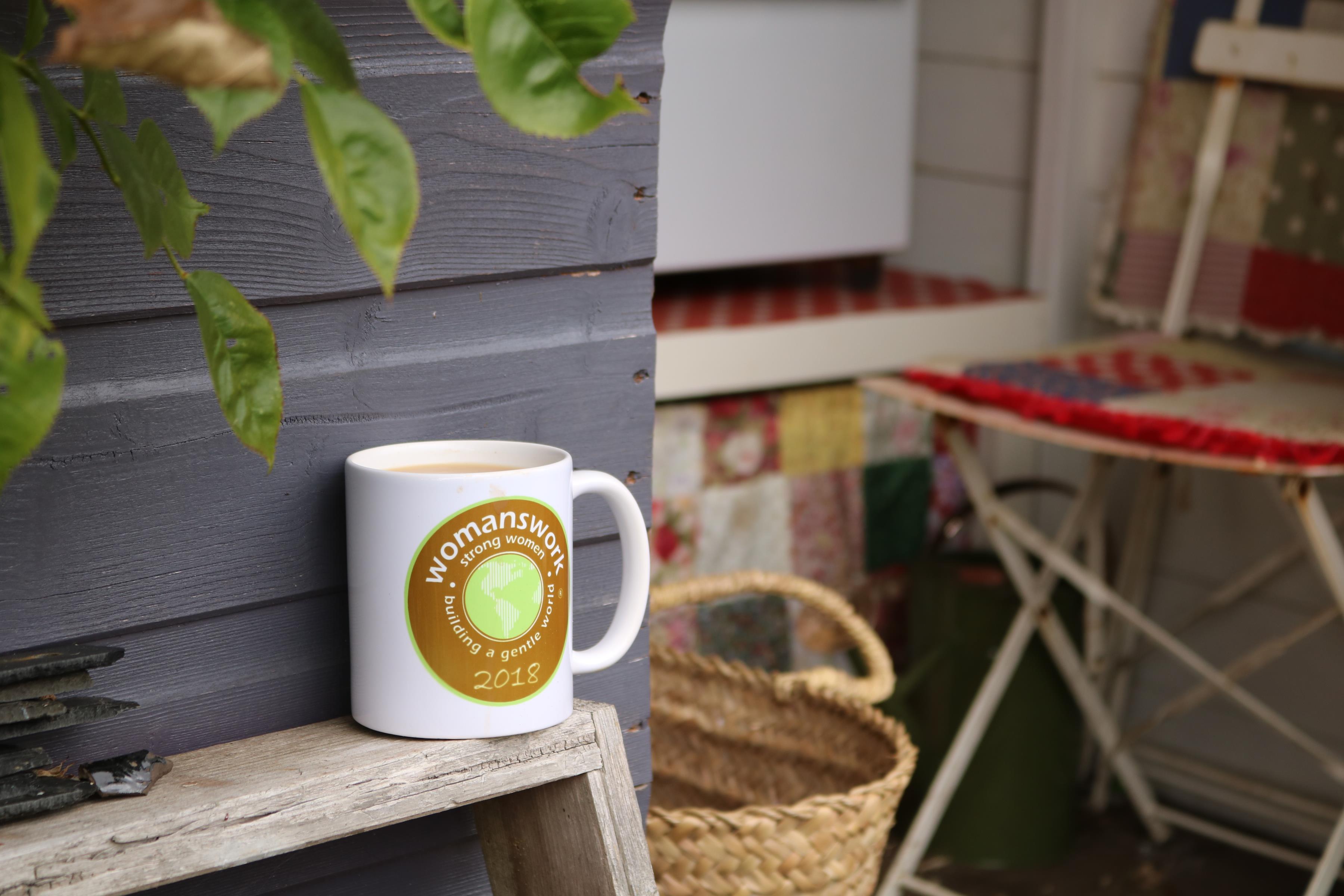 I’ve been so pleased with my Cucamelon plant and how it’s grown so prolific these past months. As a back up plant after my Dad threw my gherkin seedling away it’s done brilliantly with very little help, I’m glad I took the plunge and bought it when I couldn’t find a replacement gherkin! I harvested a mug full with the intentions of pickling them, there’s only so many cucamelons a girl can eat and seeing as I’m the only one that likes them in my house I don’t want them to go to waste. 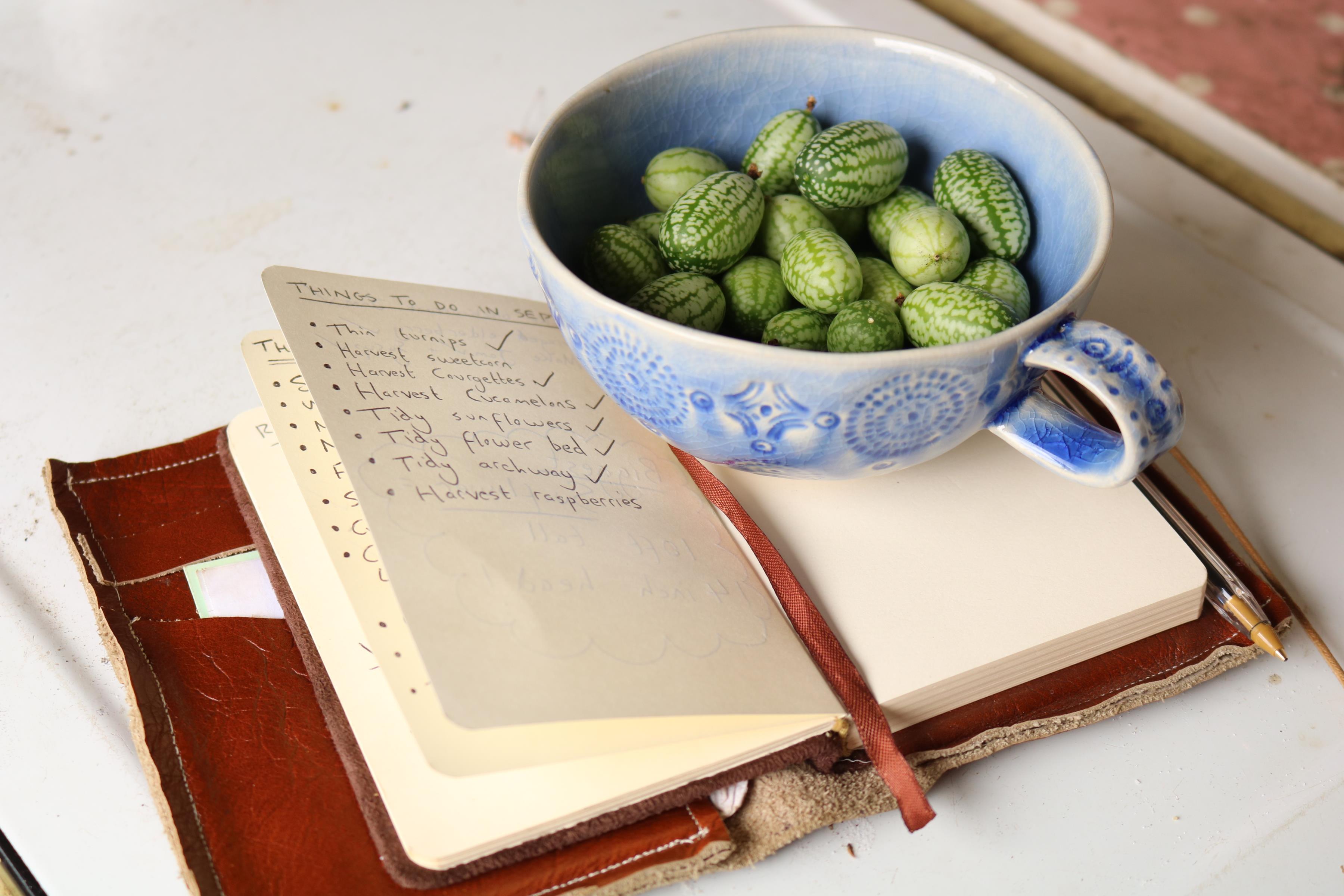 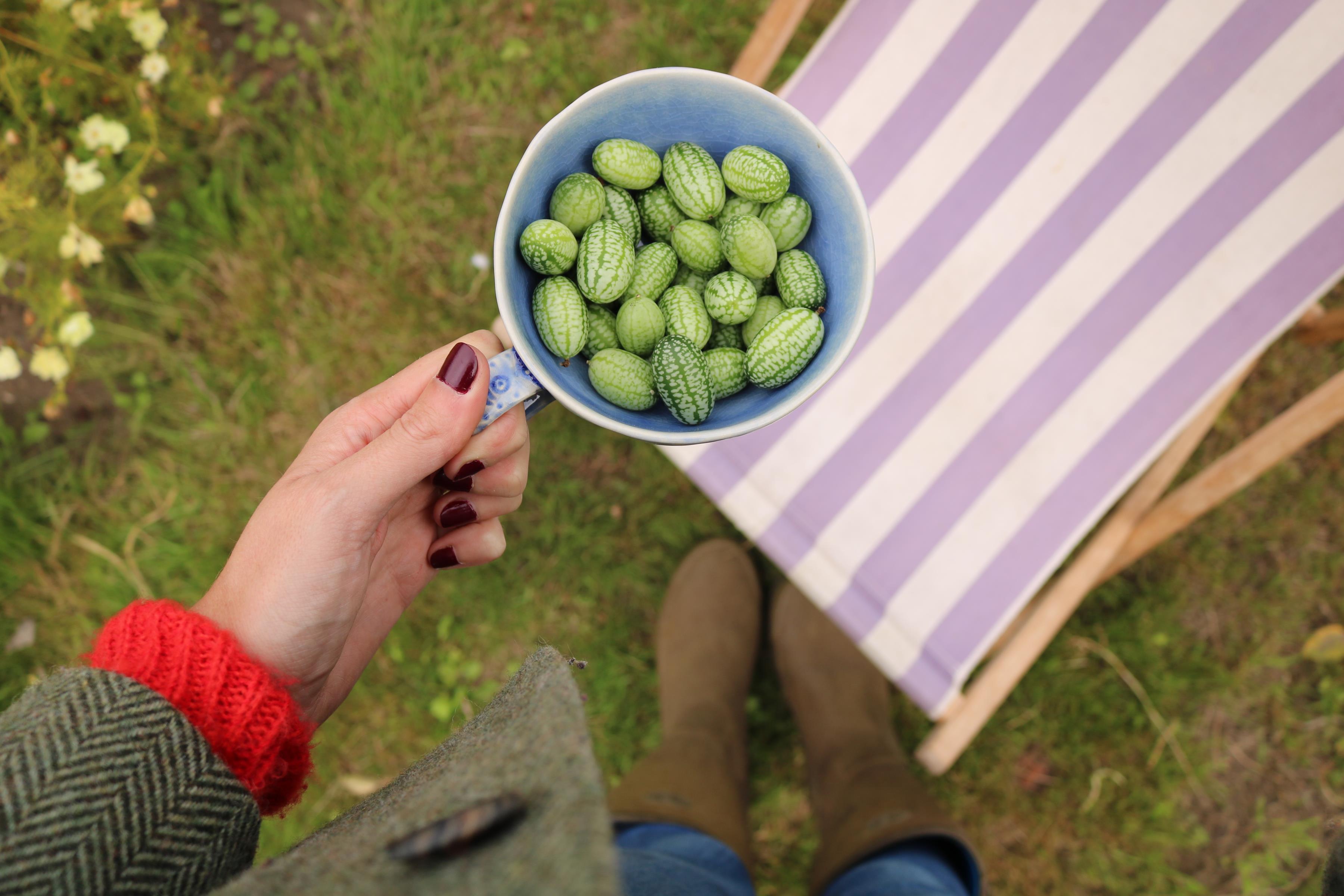 I decided to start the big Autumn tidy up so that it wouldn’t be a big rush later on in the season, I went round the flower bed pulling up the dead plants and the archway was cleared of the old sweet pea and borlotto bean vines which had both served their purpose and had started to die back. Of course I picked some of the sweet pea seed pods to save for next year and the dried borlotto beans had been harvested the week before. Most of the sunflower’s seed heads had been cut and left in the shed to dry leaving the tall stalks behind and looking a little messy in the flower bed. These were pulled up and piled to one side whilst the remaining 3 sunflowers left to bloom were tied and secured to new poles to stop them snapping in the wind. This is when I noticed something that made my heart burst with happiness… the biggest sunflower head I ever did see! Now I remember photographing this sunflower a few weeks ago, it’s the tallest one I’ve grown at around 10ft high but it decided to bend with the weight the other side of my fence which is why I never spotted how big the head had gotten! I absolutely love sunflowers and always marvel at their beauty so this huge sunflower head has made me so proud, I’ll admit it’s obviously not the biggest one on record only measuring at 14 inches wide but it’s the biggest one I’ve ever grown and that makes me so happy. I moved 3 of the smaller dried sunflower heads out to feed the birds and placed this beast inside the shed to let it dry completely. Now I’m dreaming of all the gigantic sunflowers those seeds will produce next year! 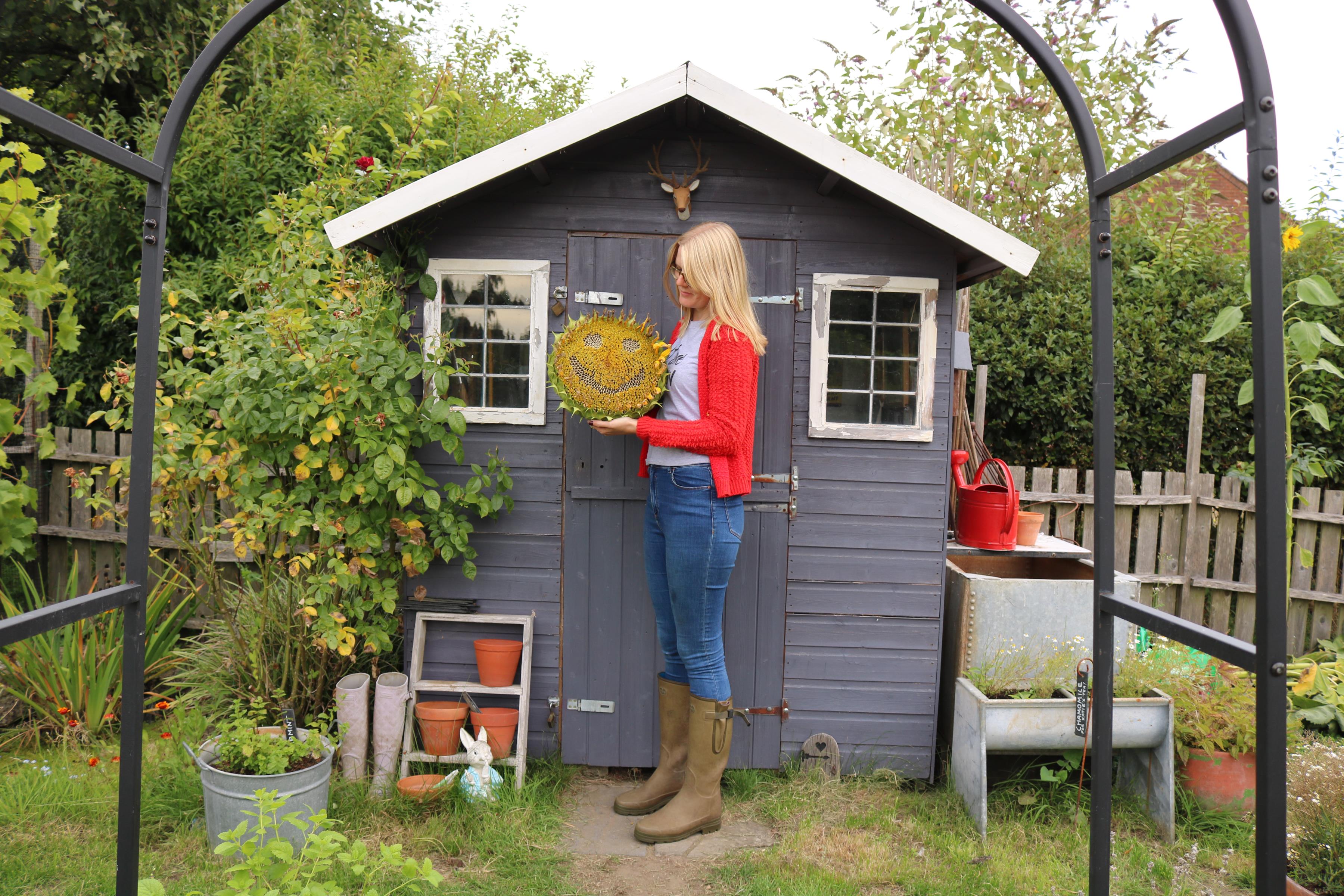 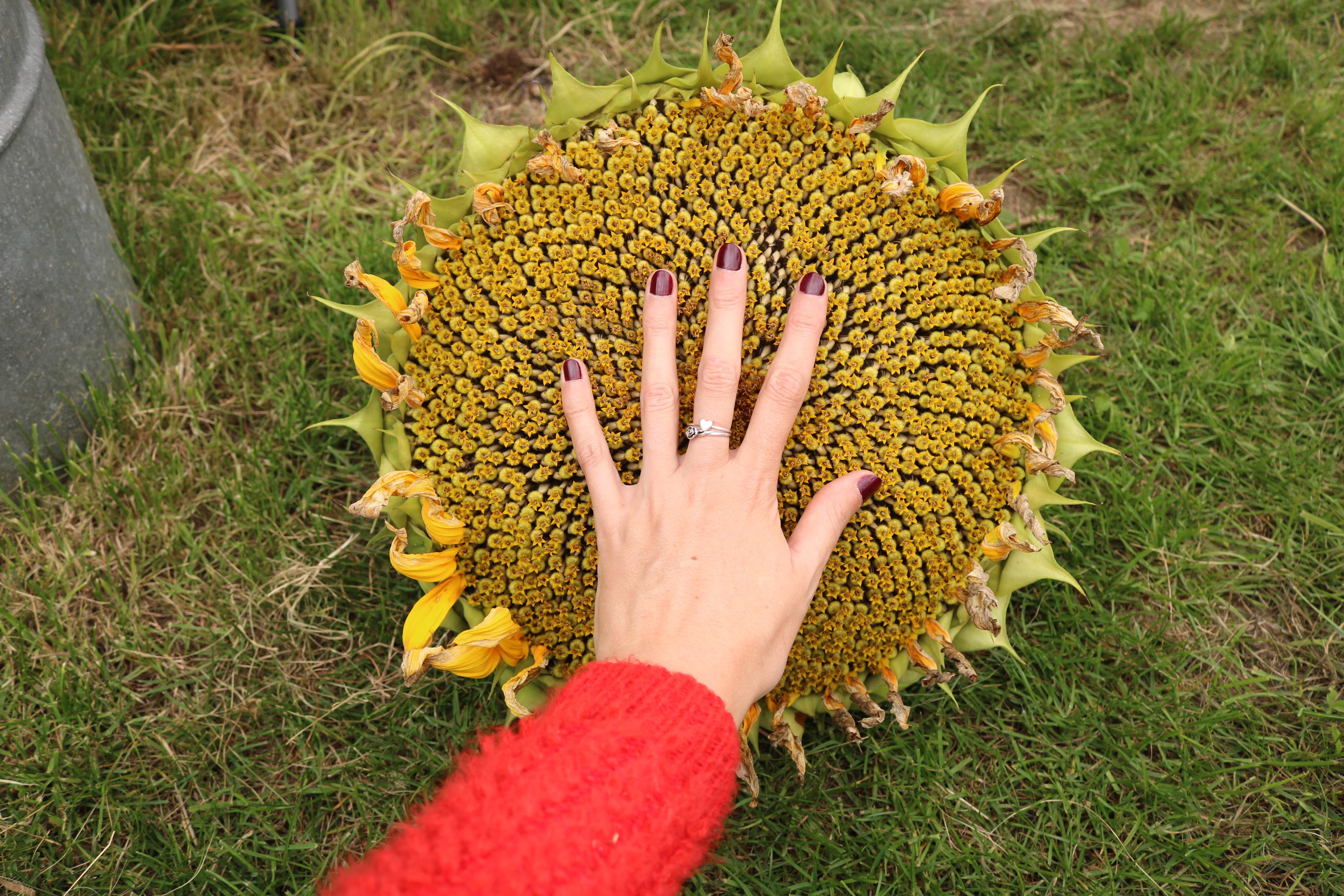 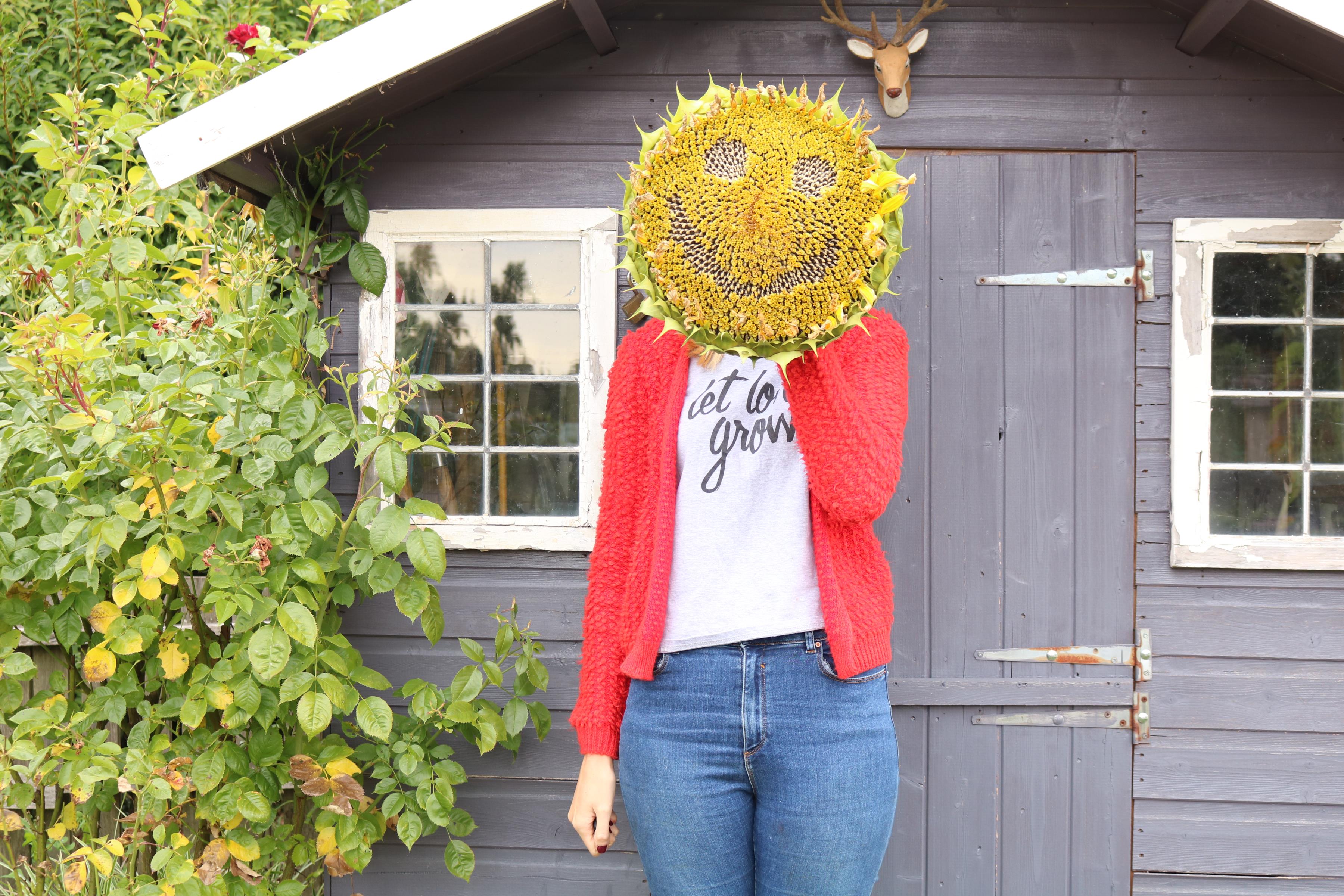 Two of my courgettes had also turned into huge marrows so I’ll be using these up in the kitchen this week by stuffing them or making into soup, I can’t decide yet! My lovely neighbour also told me to help myself to the rhubarb on her plot as she doesn’t like it so I picked a few stalks to take home. You shouldn’t really pick rhubarb this late in the season but the crown was packed full with lots of healthy stalks therefore it wouldn’t miss 3 of them. 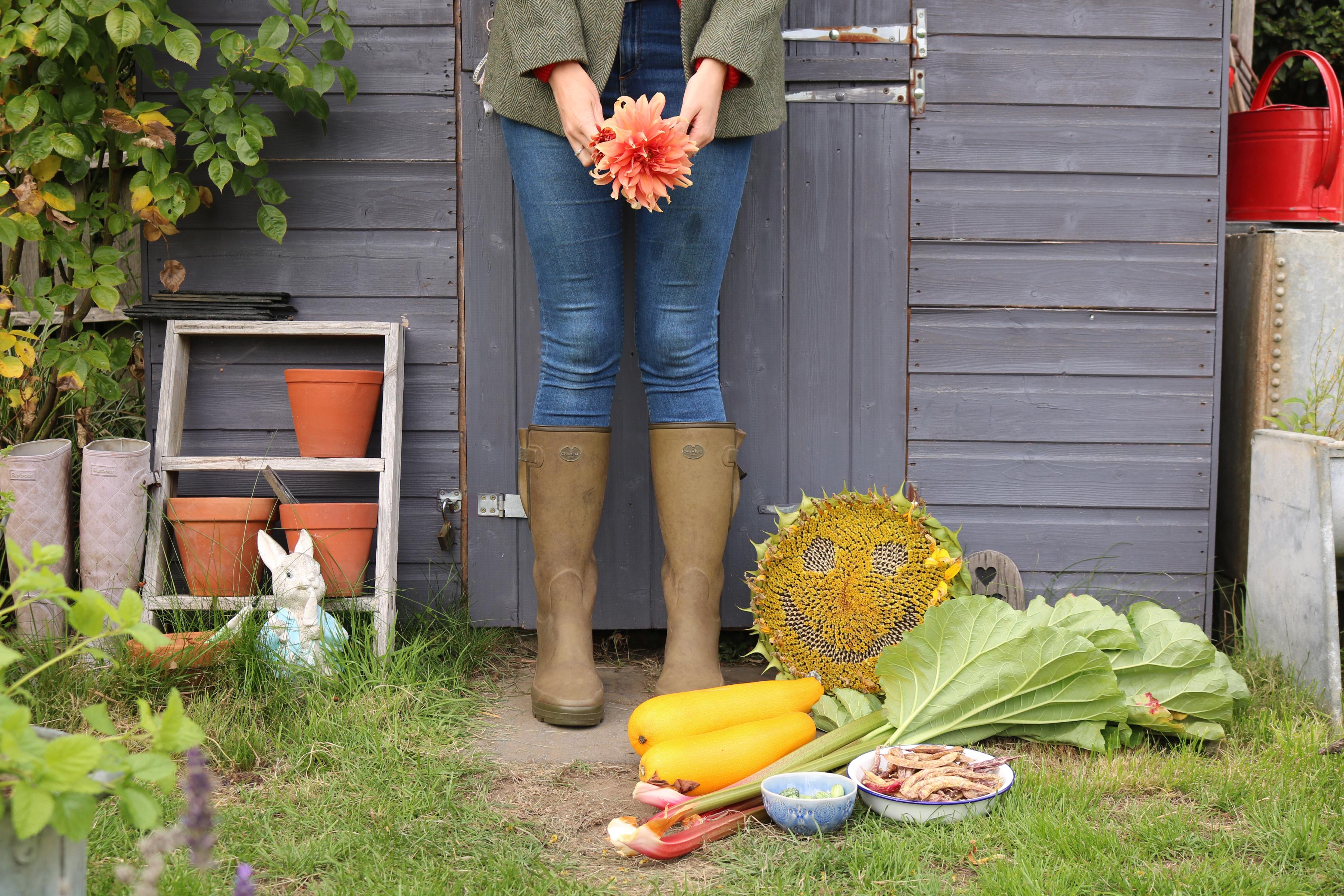 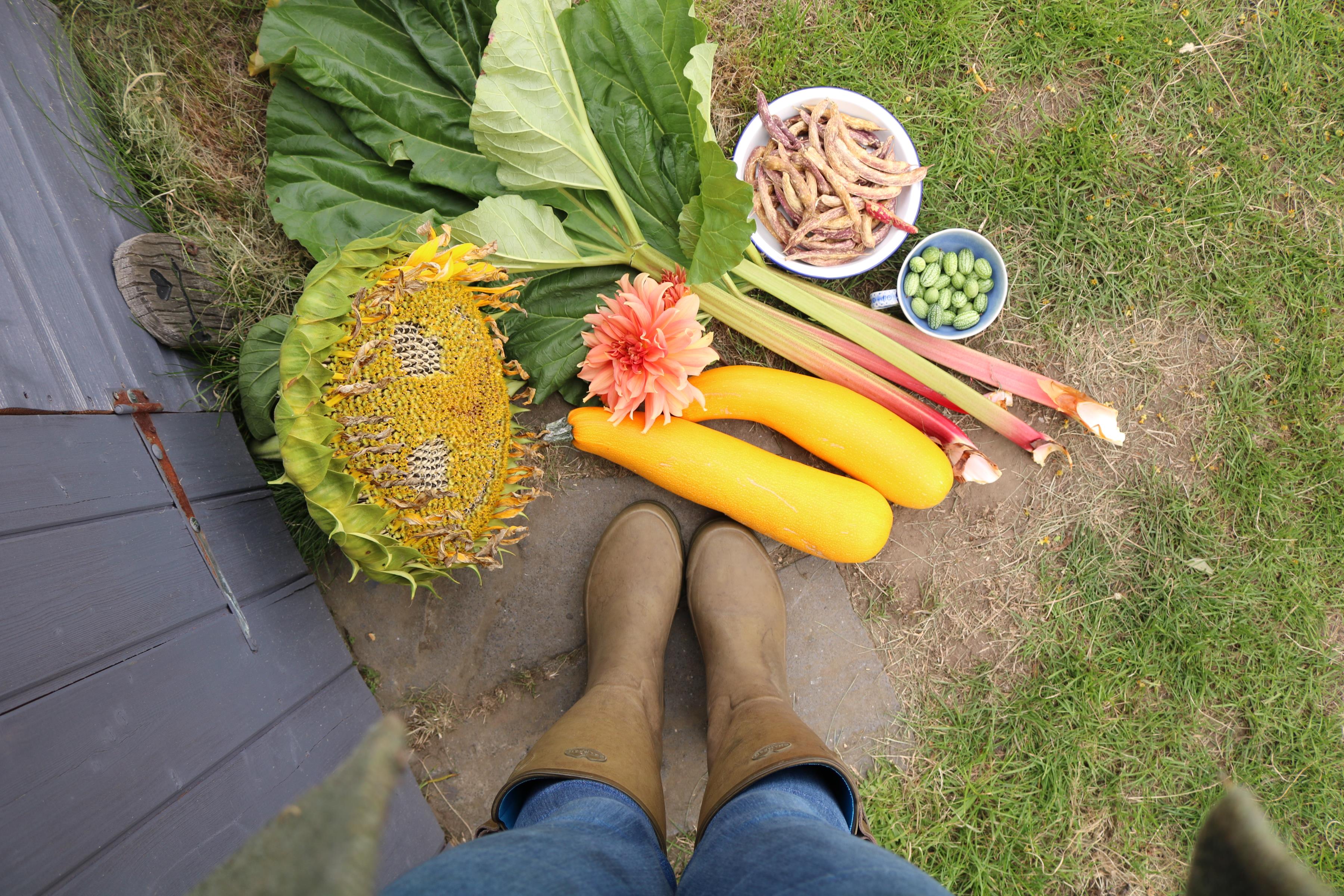 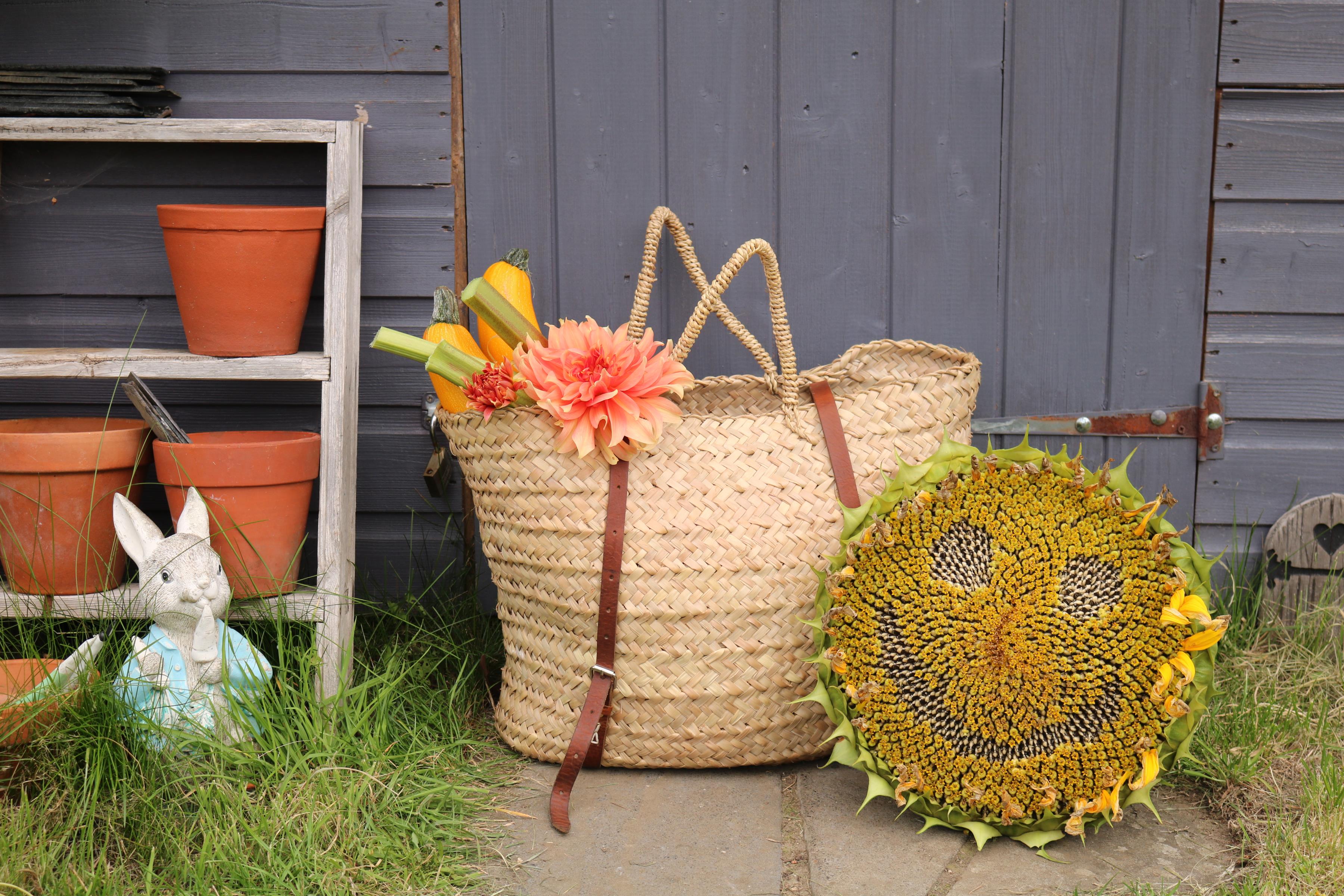 I ended the day with a cup of tea over on the Dad’s plot, he was starting to tidy his allotment too and I think we both deserved a celebratory tea break. It truly feels like Autumn now, the day’s are fading quicker and there’s a slight chill in the air but I’m excited for this season, it’s one of my favourites and I welcome it with open arms. I left the allotment that day feeling content and happy, slowly pottering around the plot was just what I needed and I long for more days like that. Plus I managed to tick quite a few jobs of that list too! Have a beautiful week everyone x 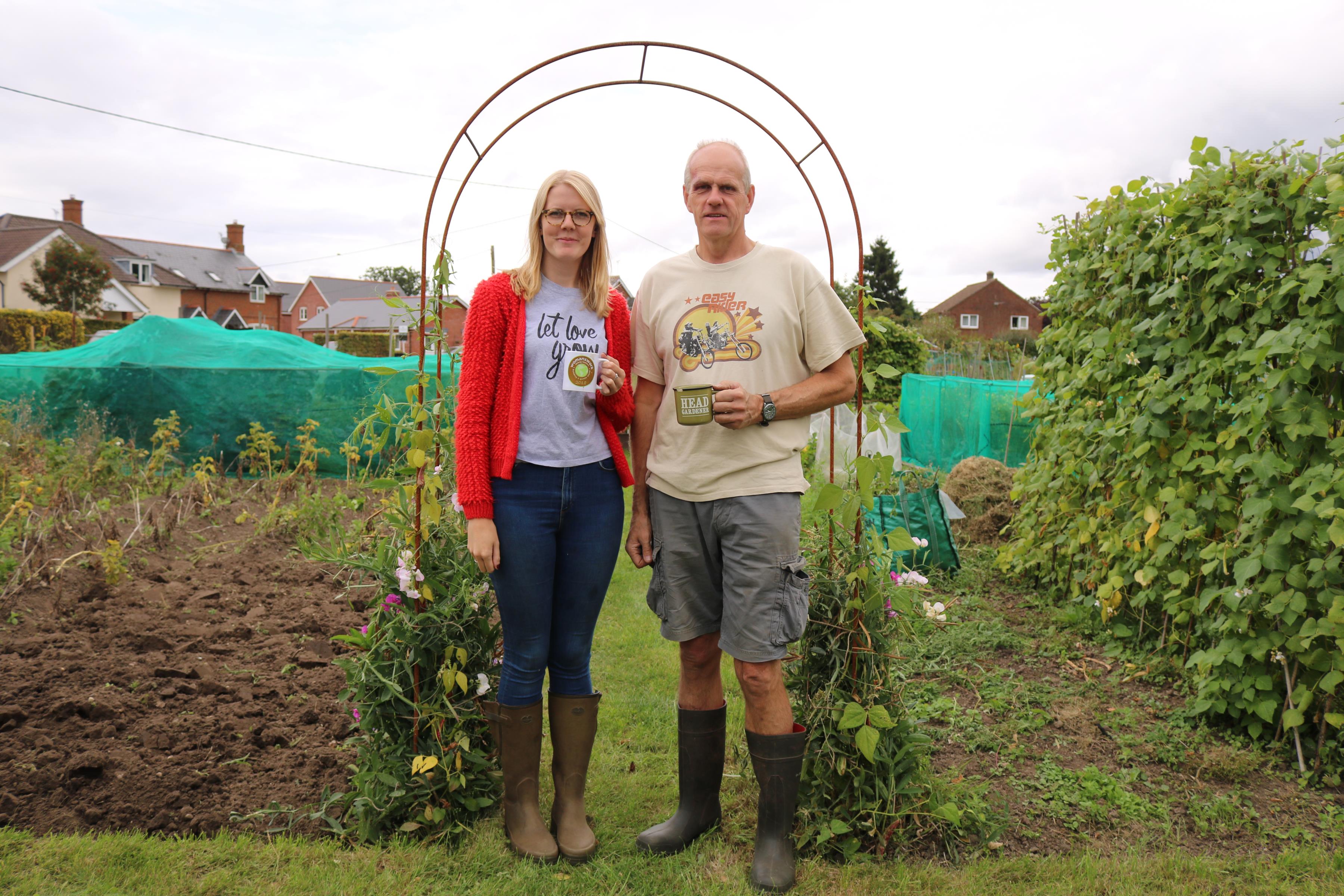