I’ve been missing the allotment lately and it’s only been 3 days since I was last there! We’ve been having a lot of rain these past two days which means my evening wanders to the plot after work where put on hold. I’ve been desperate to get up there to have a look, to see my little radish seedlings and if any of the tulips had decided to bloom as well as getting some much needed garden therapy. 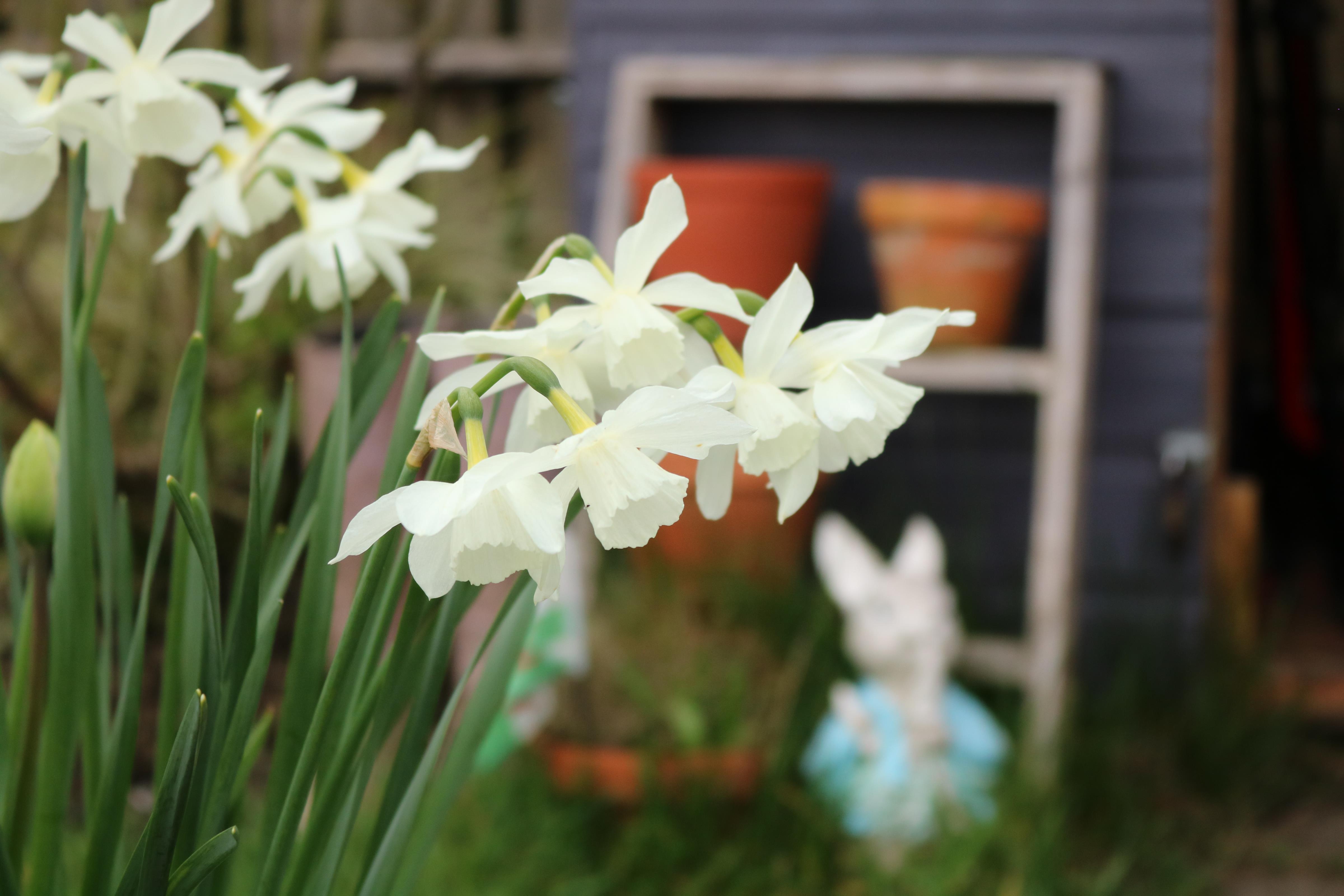 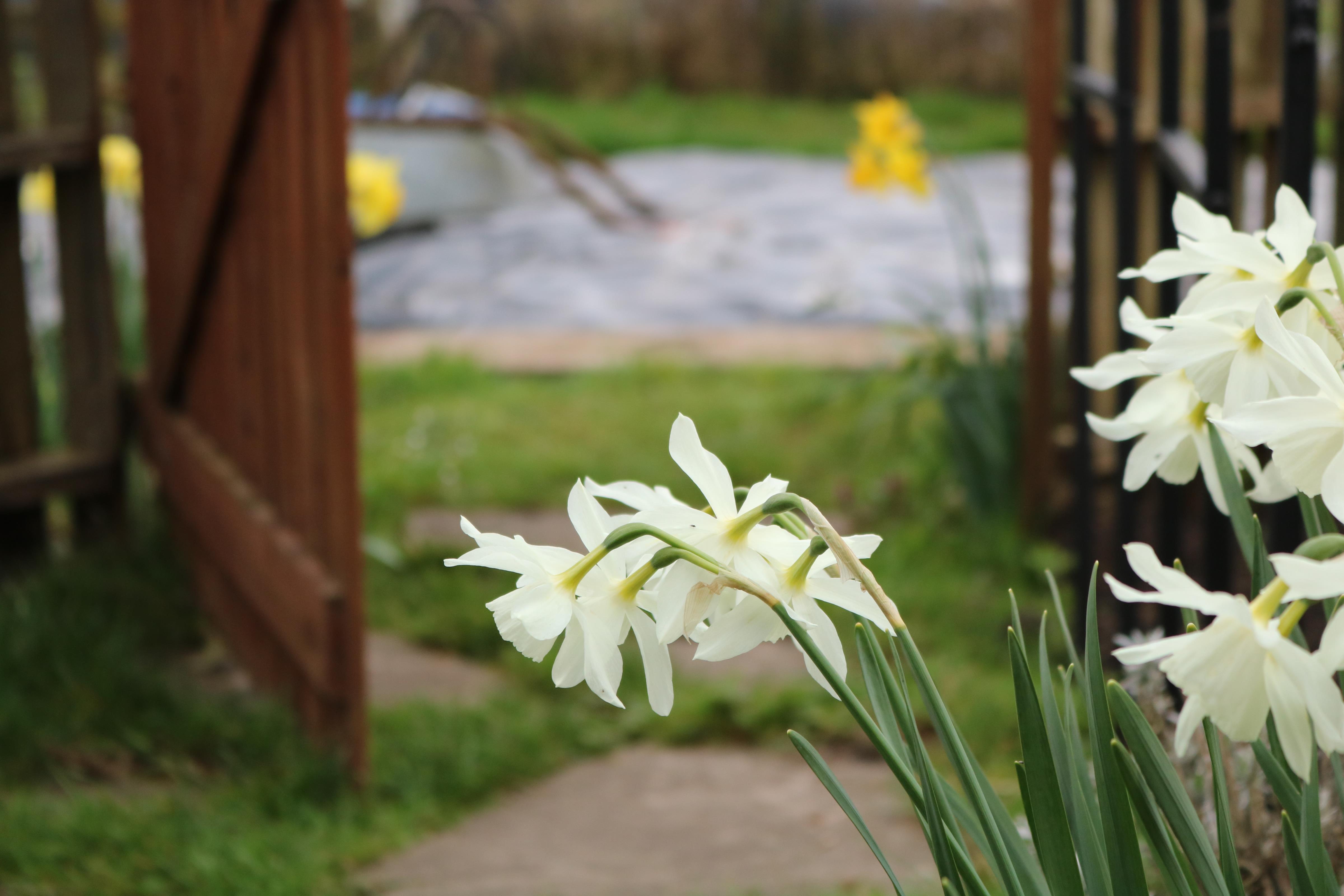 One of the other reasons for popping up the allotment yesterday evening was to cut some of the daffodils which had bloomed a few days ago. I was actually meant to pick them on Sunday but got too carried away with digging, then of course it rained and rained and now I thought I might as well bring them home to admire rather then them being up the allotment. 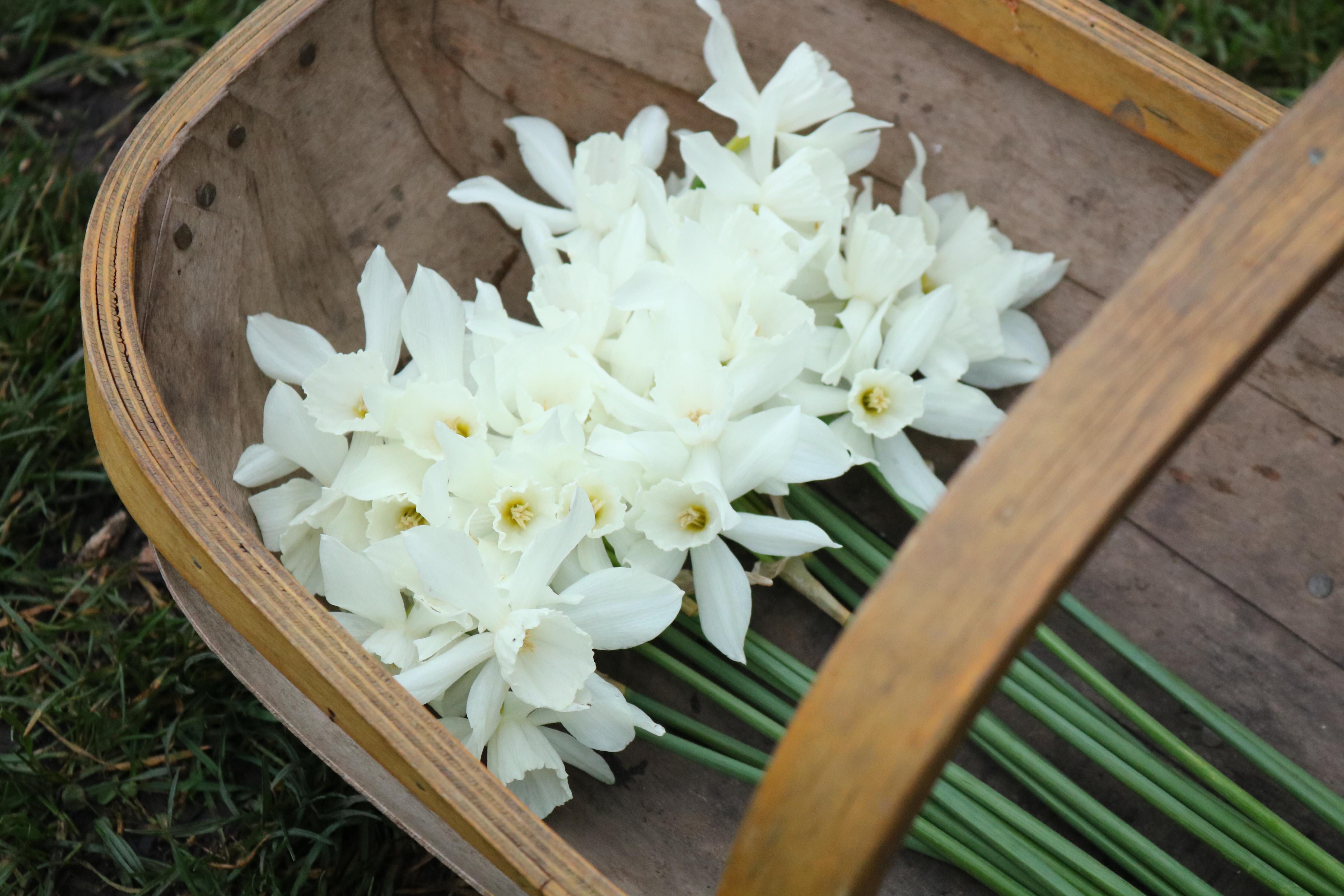 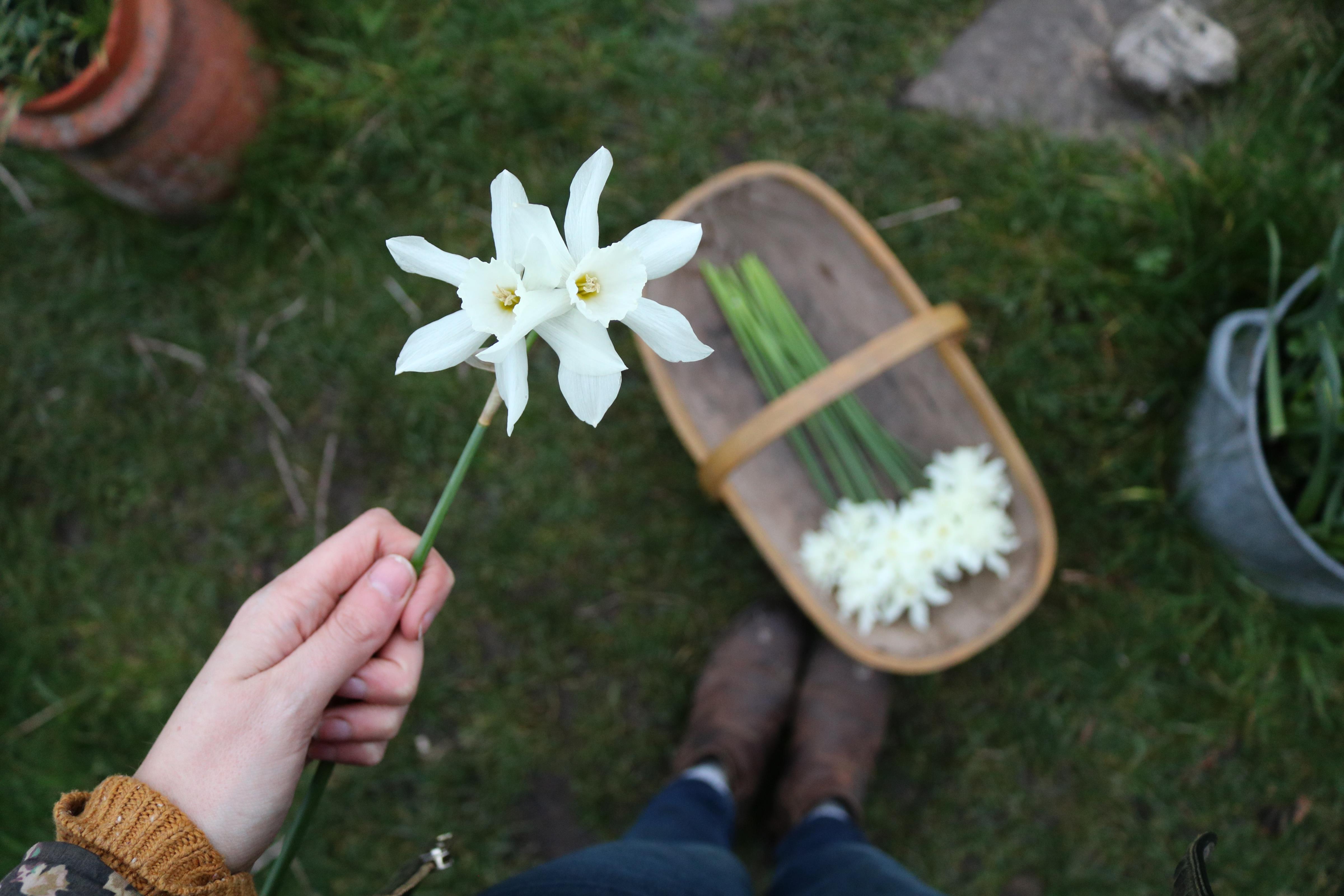 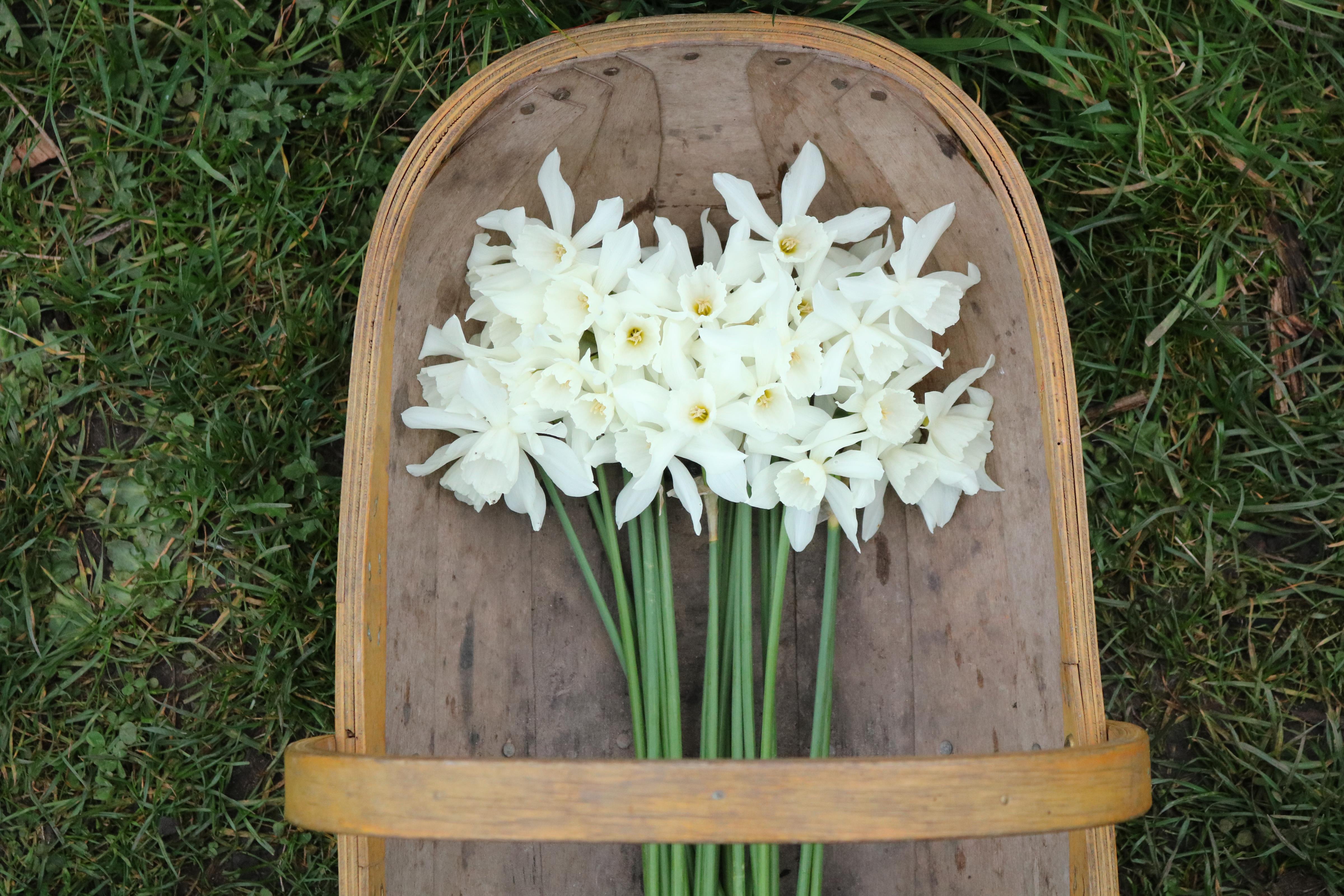 I’ve never been a huge fan of the old fashioned yellow varieties of Narcissus but I’m utterly in love with these white double blooms. They are called ‘Thalia’ and I’ve been growing them in my lasagne bulb container for 2 years now. They have two blooms per stem and are a complete white shade… I just adore them! Now I’m eagerly awaiting the other daffodils waiting to bloom in the trough. 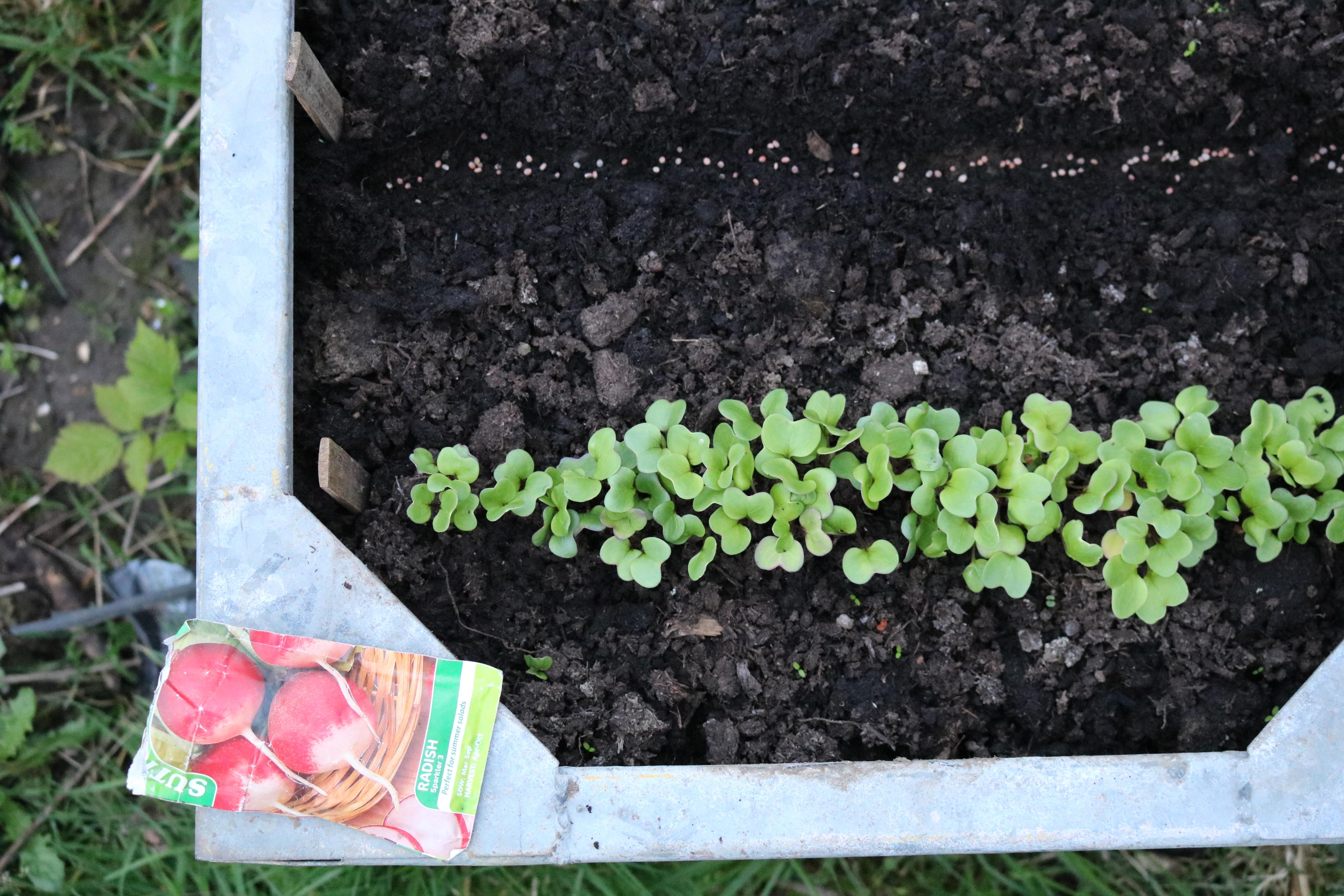 Whilst I was there I decided to sow the second row of successional radishes in the tank. I opted for the ‘Sparkler 3’ variety and they’ve been sown 2 weeks later than the ‘China Rose’ variety which are growing so well under the little cloche.

3 thoughts on “An Evening Wander”