A little later then usual but I thought it was about time I shared the 2020 allotment plans with you all. I’ve actually been busy all Winter drawing and finalising them and even teased you with a few photos too but now feels like a perfect time to fill you in with all the details and varieties we’ll be growing on the plot this year. I really should have done it sooner! 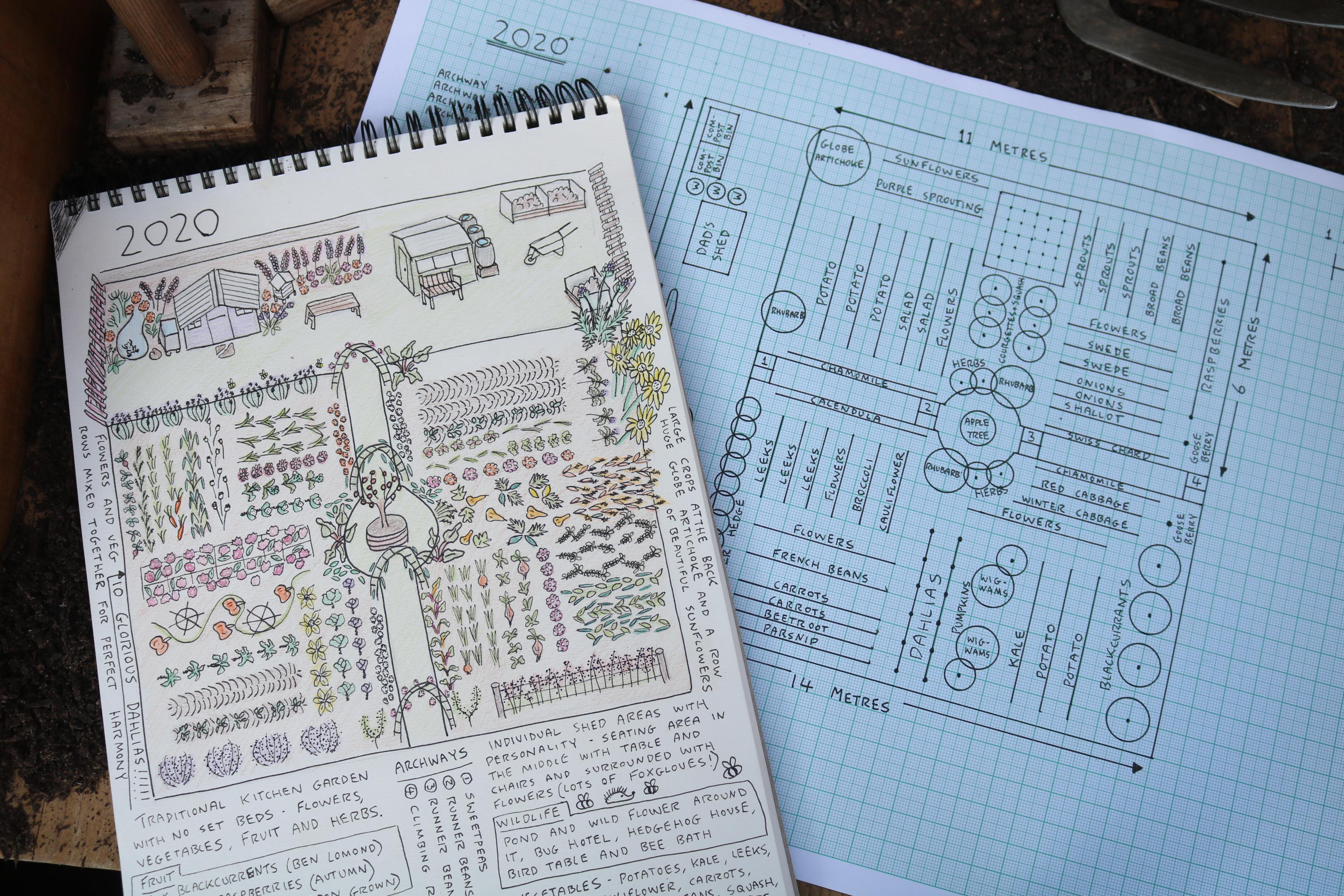 Some of you might remember the layout of the allotment when my Dad first owned it. Originally he had 6 vegetable beds with grass pathways which he later made into two large beds and there were plans to erect a greenhouse opposite his shed. Overall the layout isn’t really changing, the two large vegetable beds are staying and his shed will also remain where it is along with the compost bin area. The old greenhouse frame was sold later this year and taking it’s place will be my little purple potting shed along with a new wildlife pond to the left of it (although this won’t be made until Autumn time). In between our two sheds we’ve decided to create a special area where we can relax, a space where we can sit down and sip on a cup of tea whilst admiring the view. This area will also consist of a small flower border, a table and chairs, a brand new shrub rose and my old beehive storage bin too. My favourite new feature though (after the shed obviously!) is the centre island on the main path. Traditionally found in kitchen garden’s to house a mulberry bush, we’ve decided to plant my old ‘James Grieve’ apple tree inside an old corrugated planter to recreate our very own old fashioned vegetable garden. This centre island will be surrounded by herbs and rhubarb and the apple tree will be under-planted with Spring bulbs like tulips, daffodils and crocus.

There’s also going to be a feature which we haven’t drawn into the plan yet because quite frankly we’ve only just thought about it and need to finalise the idea! We recently purchased my little 4 year old nephew his first garden tools and he’s keen to help us up the allotment. Therefore we thought we would build him a little raised bed so he can grow what he wants and tend to it. Originally we were going to place a manure bin by the side of the Globe Artichoke but we’re now thinking of putting the raised bed there. Ideally my dream would be to build him his own mini shed like his Auntie’s and Grandad’s so he can hang his tools inside. But we’ll see! 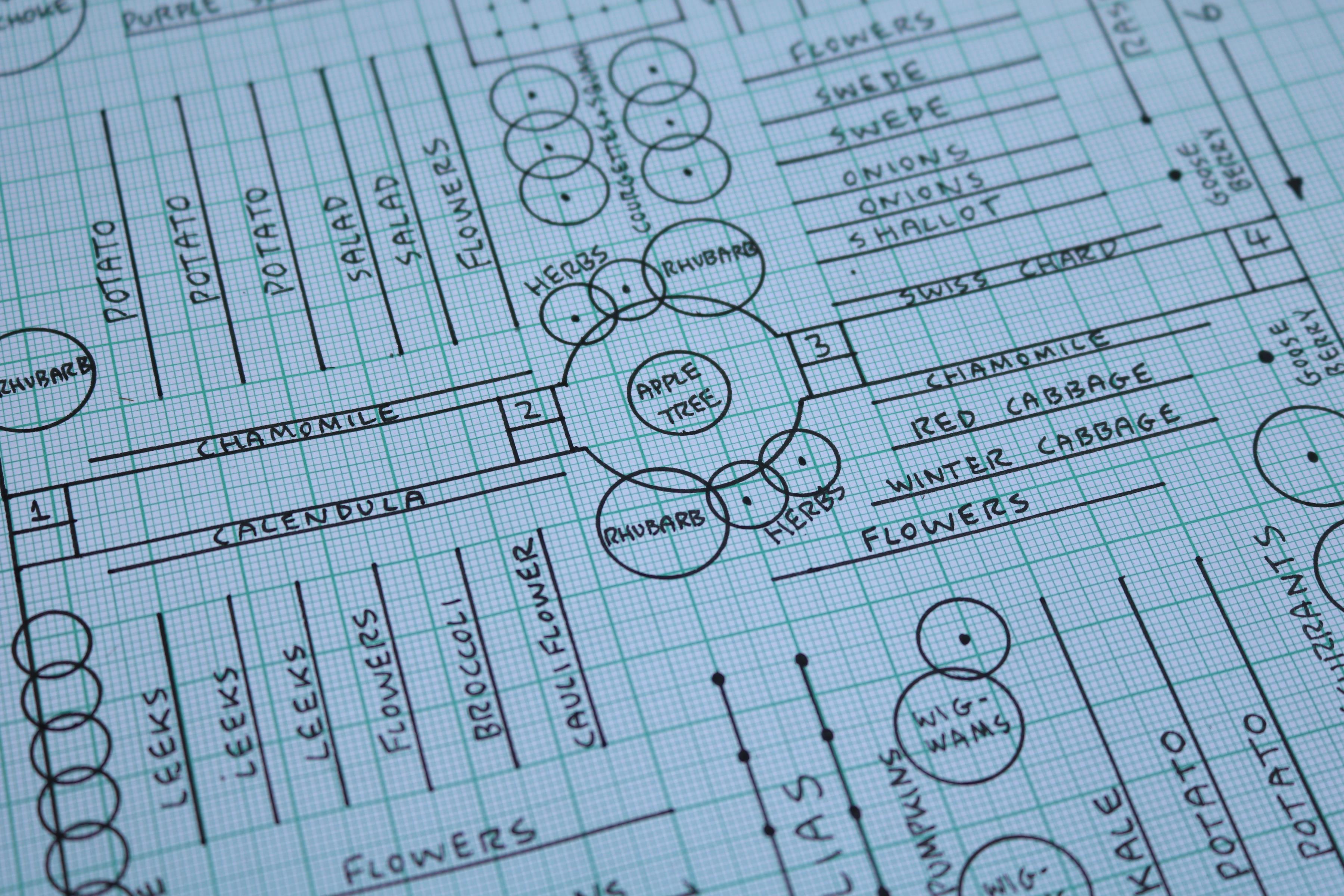 They’ll be a few perennial plants on the plot too including a lavender hedge right in front of my shed which I am so happy about! I’ve purchased 5 ‘Hidcote’ and 5 pink ‘Rosea’ Lavender plants which should be going in soon and I can’t wait to see them buzzing with bees. My Dad has yet to decide what to plant in the border by his shed (hence the gap in the plan!) He was thinking about a step over apple tree but thinks it might look a bit odd just having one… My Globe Artichoke has been moved over from my old plot and I also planted a brand new climbing rose called ‘The Generous Gardener’ on the archway right at the end of the path. There will be 3 rhubarb crowns including a brand new ‘Timperley Early’ and 2 of my Dad’s old ‘Victoria’ crowns. Then there’s the fruit; the 4 ‘Ben Lomund’ blackcurrant bushes carefully moved from the old plot, 2 new gooseberry bushes which will be trained as cordons and a row of raspberries which are my old ‘Autumn Bliss’. 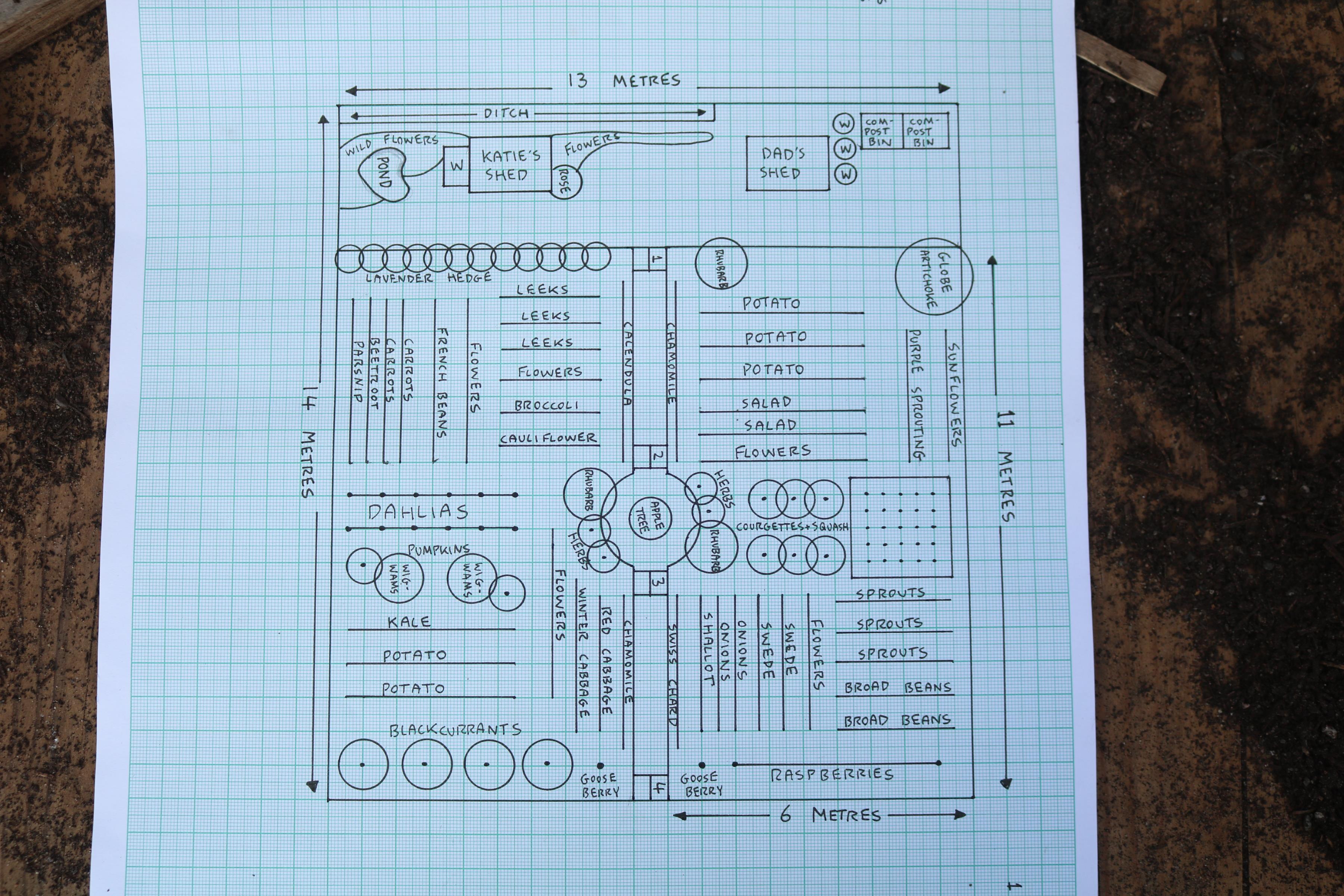 The main entrance to our allotment will be via a gate by the wildlife pond and another by the compost bins. We aren’t planning on having a fence around the plot so we can access the beds from all three sides which will be really handy. Last year a deer fence was erected around the entire site so none should be able to enter to eat our beans! I know it sounds silly to have a picket gate with no fence attached but I’ve always loved having a gate and I love how they look, so the gate is a must. 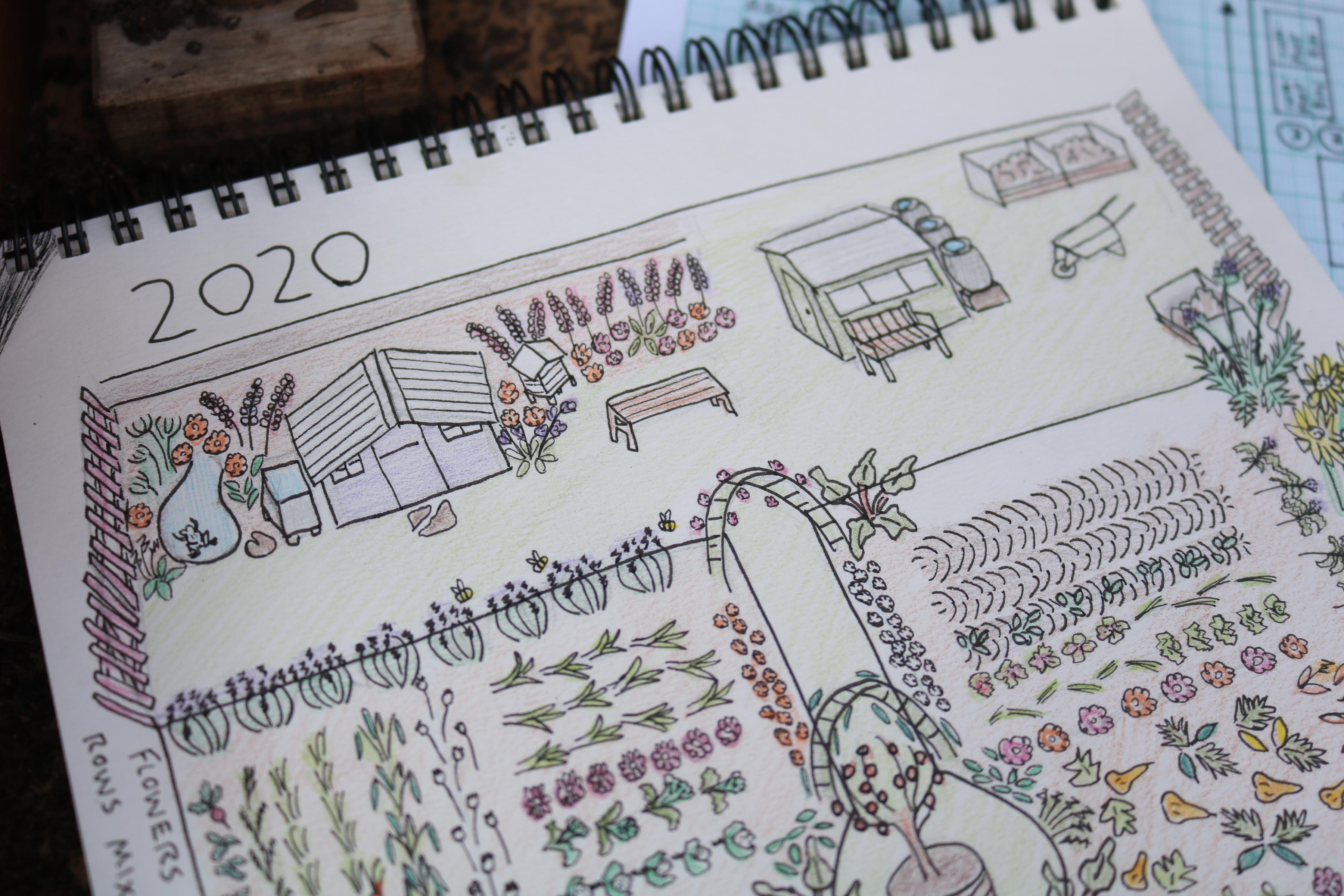 When it comes to the two beds we’re going for a semi relaxed look, relaxed in the sense that we aren’t sticking to rotational beds, but don’t worry, the straight lines are staying! We’ll still be rotating our crops but instead of growing them in strict groups we’ll be mixing them up with a few rows of flowers growing in there too. Our inspiration comes from a recent visit to RHS Wisley back in September and we both agree that it had to be our favourite kitchen garden. So we’ve decided to try and recreate our very own paradise by growing vegetables and flowers together in perfect harmony. Each bed measures 11 metres by 6 metres and sits nicely in front of our sheds for a good bit of symmetry and there will be 4 archways supporting sweet peas, runner beans and a climbing rose.

Like the years before we will be growing just one or two rows of each crop as this will be plenty for us. You often see people on social media growing hundreds of different varieties of pumpkin and I always wonder what they do with them all afterwards. We’ve learnt over the years to grow enough for the family to last the year and even then we end up freezing a few harvests or storing some squash through the Winter. That way we can really utilise the space we have to grow a wider variety of vegetables and fruit. 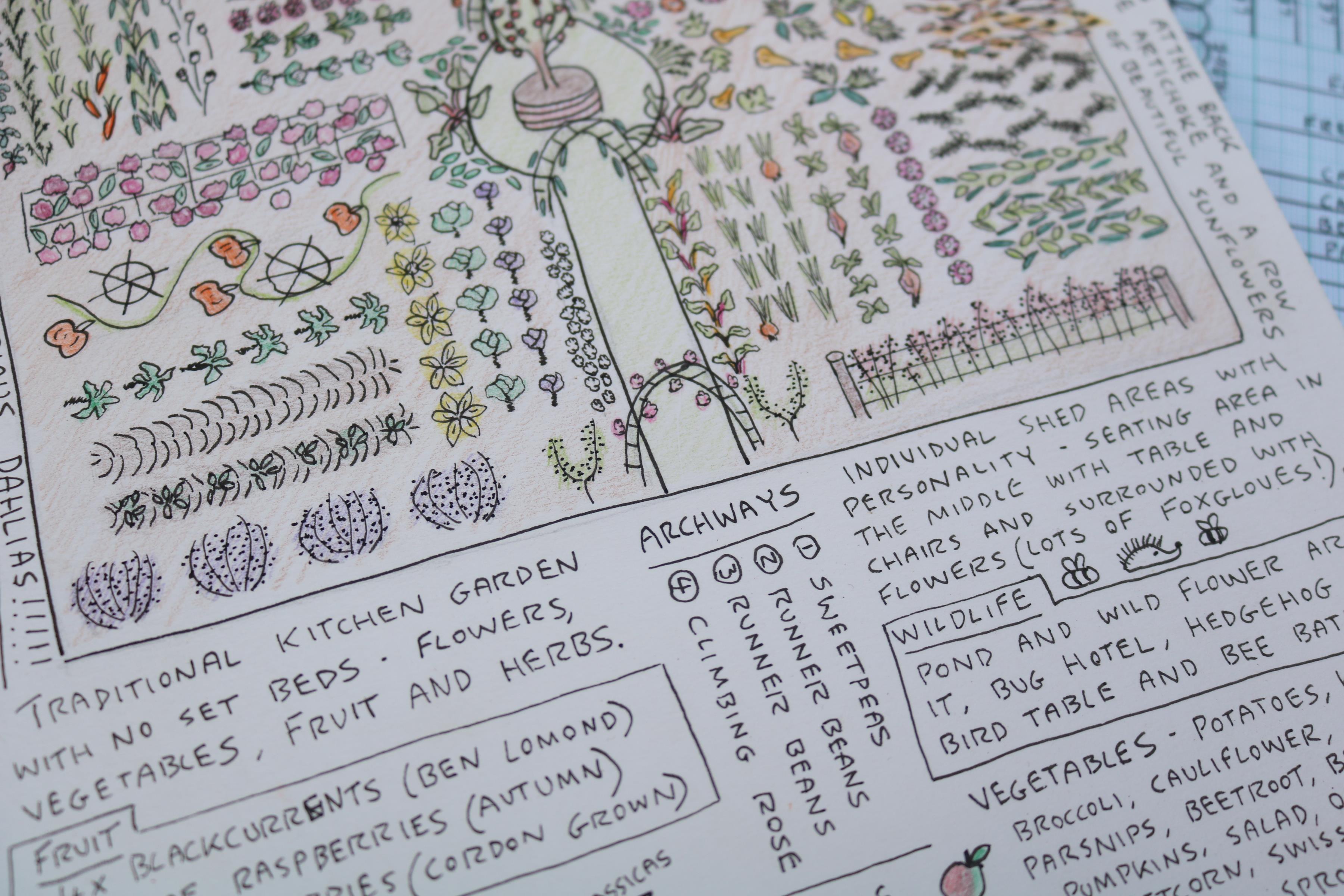 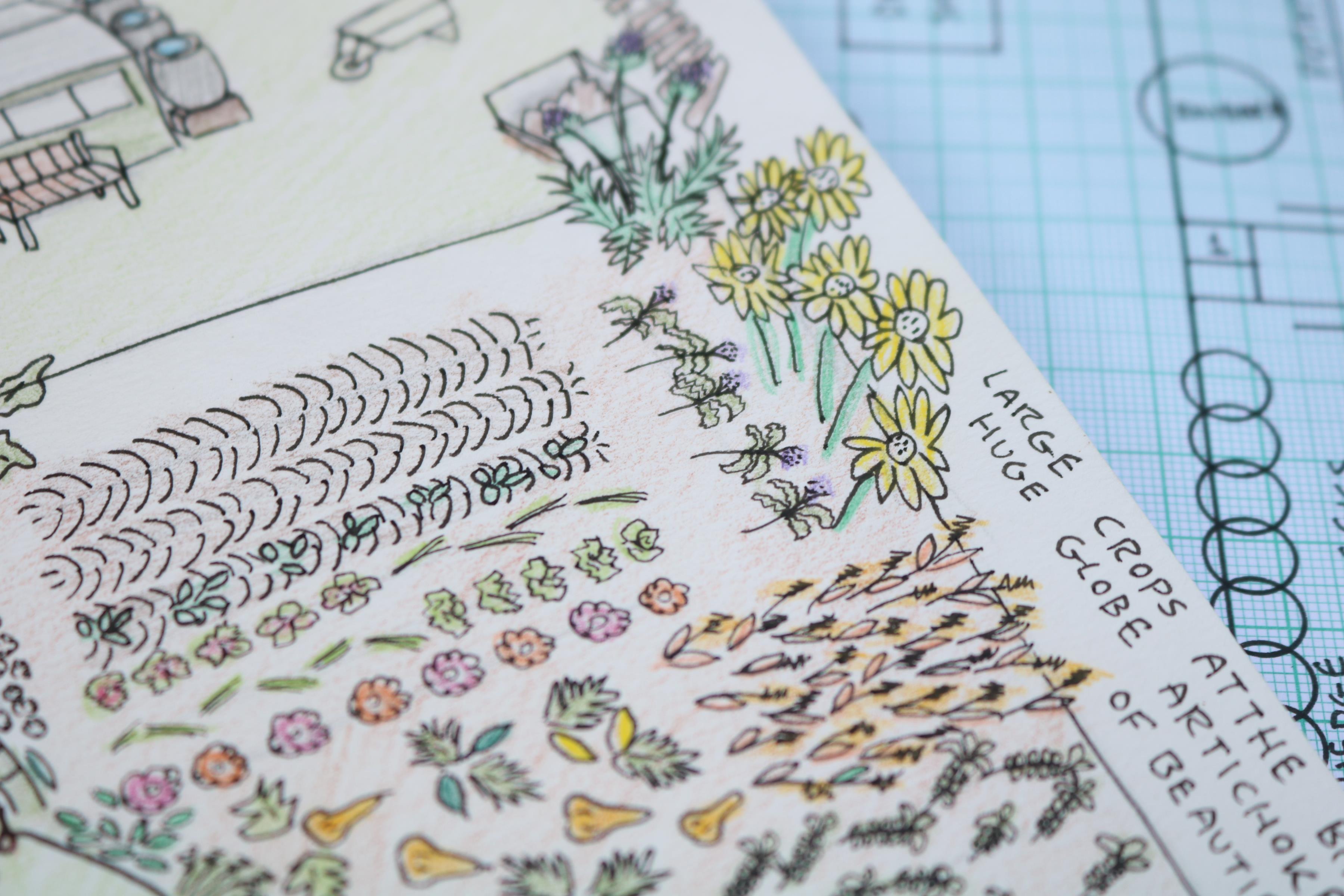 This will be the first year I’m able to grow flowers on a larger scale, instead of growing just 6 of each I can have 3 metres of each glorious blooms! I’ll be growing all my favourites including Scabious, Cosmos, Ammi Majus, Zinnia and Poppies as well as a row of 50 gladioli bulbs. I’ve also created a special area to plant out 10 Dahlia plants… 10!! I can’t explain to you how excited am I about seeing them bloom, all I need to do is pick the cuttings of my chosen varieties up from the local garden centre next month and then wait for them to grow and bloom. 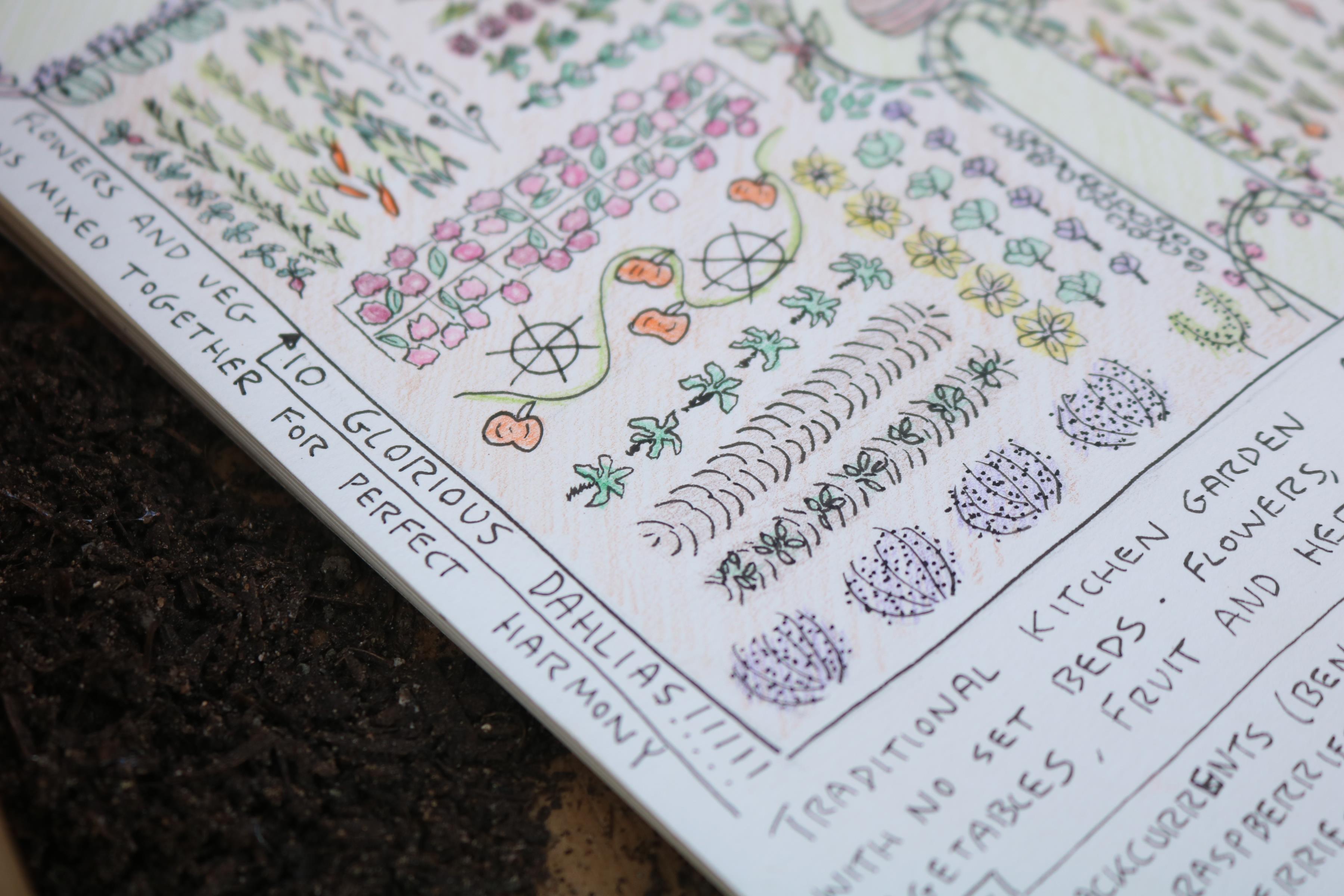 And that’s our 2020 allotment plan! I’ve really loved planning a new space out and even though it hasn’t changed much I’m really happy with it. It’s been a bit tricky trying to plan a space for both me and my Dad but I’ve put my own little touches into the space to make it look a little ‘prettier’. So for all those worried about me losing the charm and personality of my old plot don’t worry, I’ll be recreating it right here with extra flowers and extra space!

All that’s left to do is leave my list of seed varieties/plant names below and wish you all a very happy growing year!