Who else has been enjoying this sunshiny Spring weather we’ve been having this past couple of days? It’s been so glorious and an absolute joy to be spending it up the allotment, I really have missed getting my hands dirty and spending a good few hours in the garden. There’s nothing better then sitting on the step of the shed with a cup of tea, admiring the view and listening to the birds singing after digging out potato trenches in the sunshine. And that’s exactly what I did on Sunday! 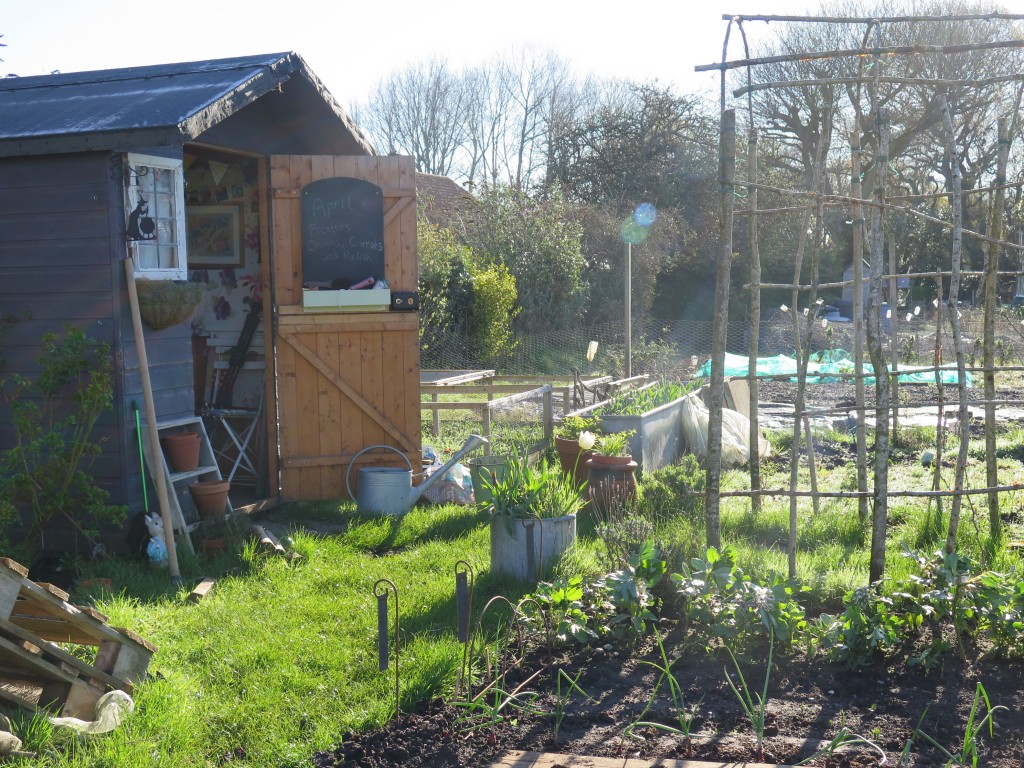 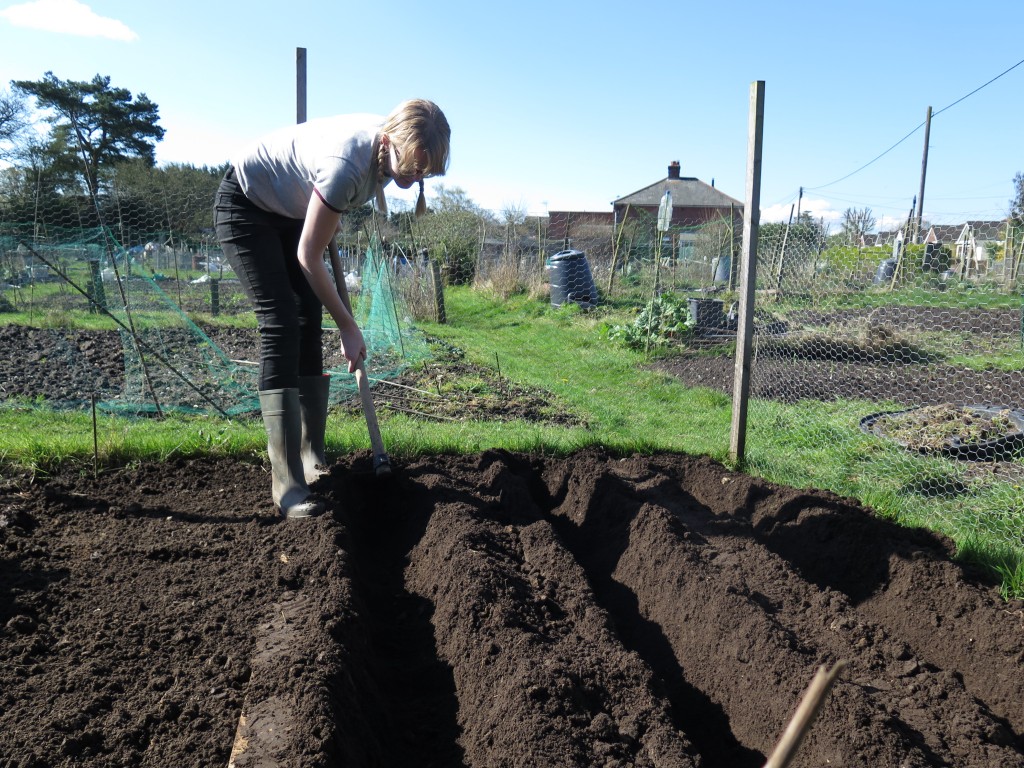 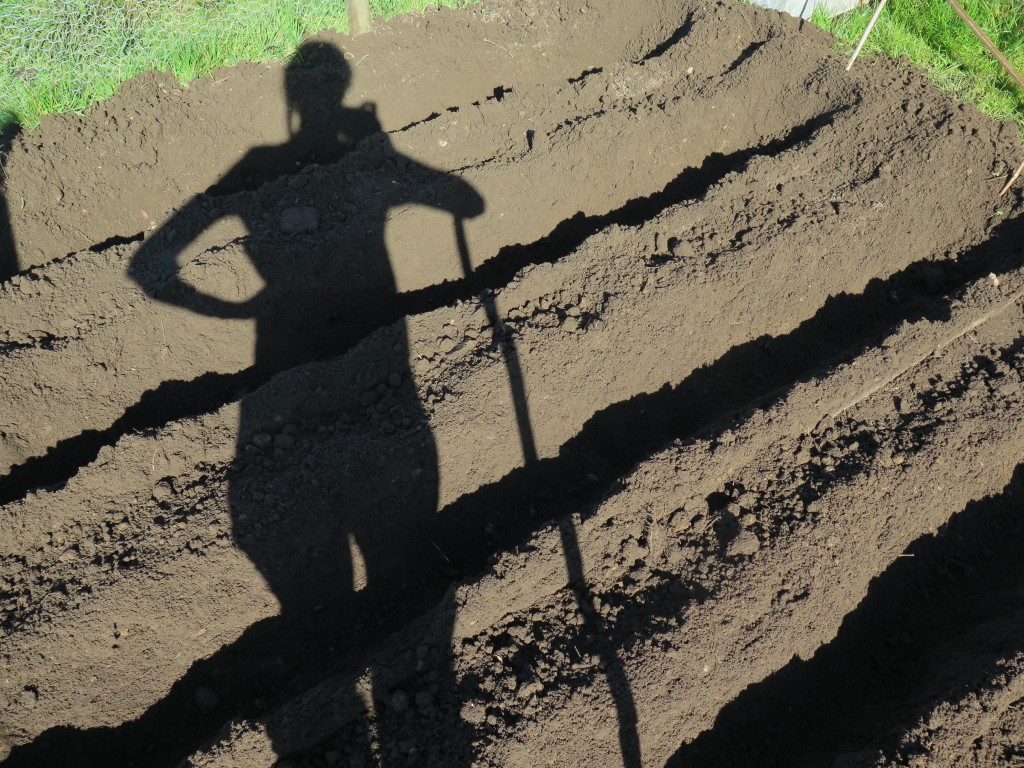 A little later then I would have liked but the potatoes are in! I dug 4 trenches yesterday and lined my chitted seed potatoes in nice little rows before tucking them up for the Spring. I’m carrying out two experiments with my potatoes this year, one of the experiments I have done is lined two out of the four trenches with manure to see if they produce a larger harvest then the plain soil trenches. I have also cut one of my seed potatoes in half to yet again see if they produce the same amount of crop as a whole seed potato. I made sure to choose a seed potato that had 2 healthy chits on it and simply cut it down the centre so each half had a chit. Each half has been planted at the front of the middle rows so I know where they are, but I am excited to see how much I harvest from them. This has been done for years but will be my first year experimenting with cutting seed potatoes up, by obviously if it works then I can half the cost of buying them next year! 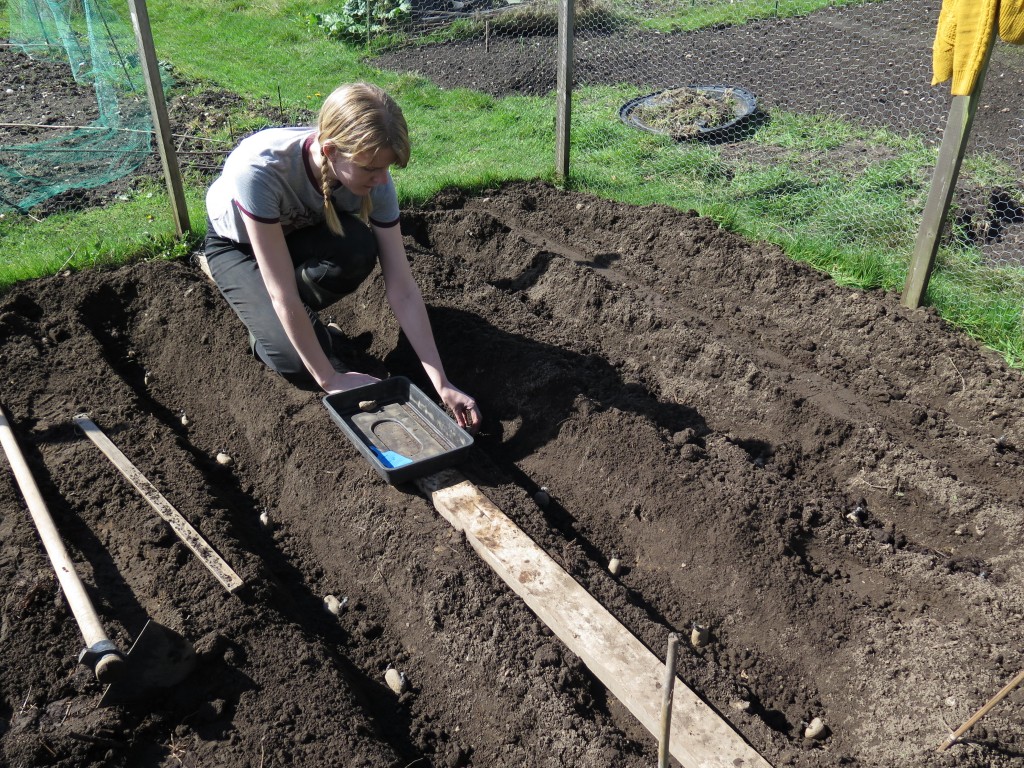 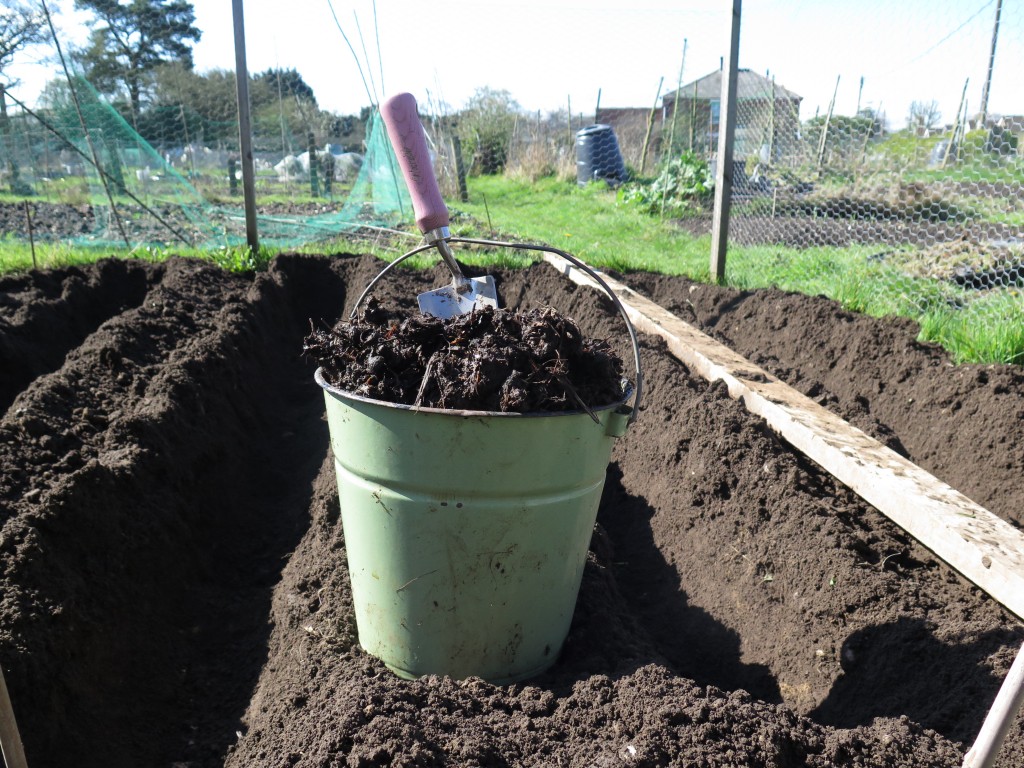 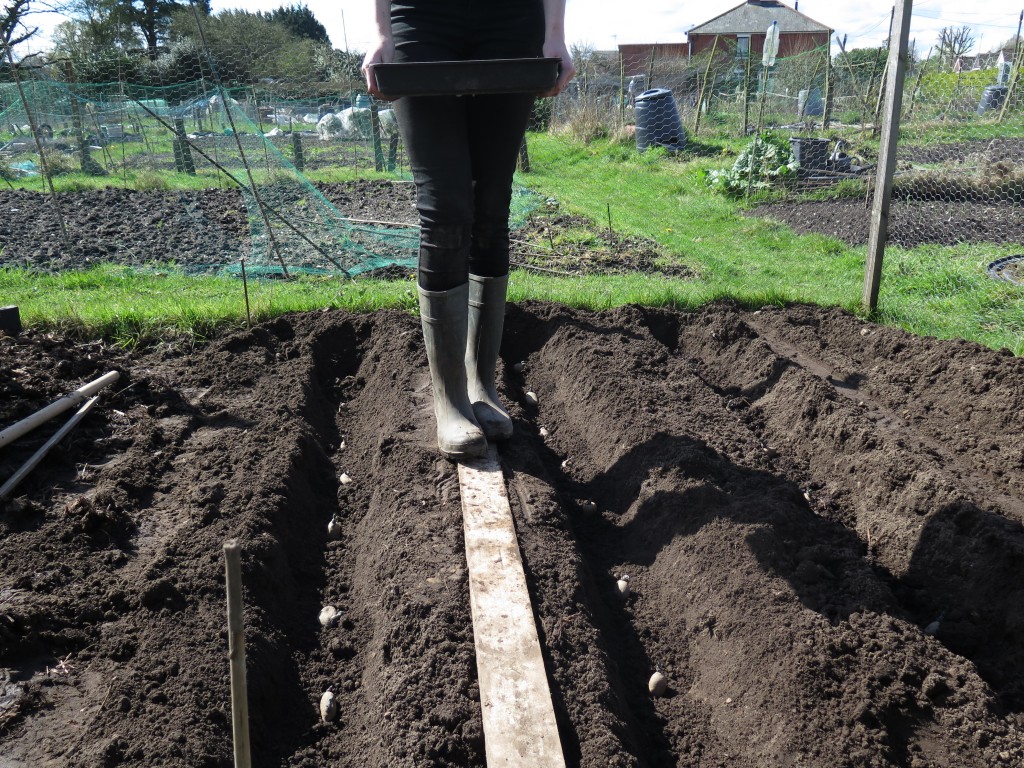 4 thoughts on “A Sunshiny Spring Day”