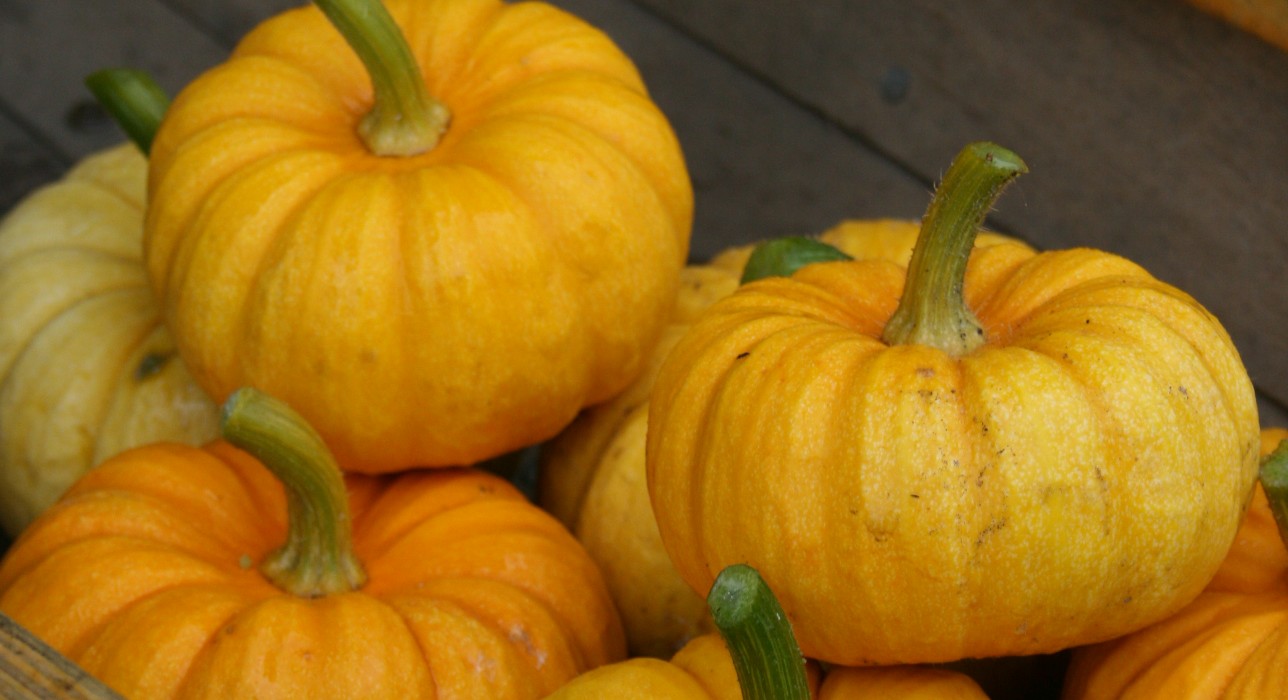 It’s September and the harvesting season has been in full swing for a few weeks now, but there is one crop which has to be my overall favourite. And thats the Munchkin Pumpkins. I first saw this plant in the Sarah Raven catalogue, in the photograph she had it growing up a frame and I instantly thought it would look perfect growing over my hazel archway. I was also drawn in by the cuteness of the size and the shape! I sowed 6 seeds overall, they all germinated but sadly only 1 died (I acidentally snapped the stem!). Therefore I put 2 plants on one side of my archway and 3 on the other side, and it didn’t take long for them to take over the frame. I originally had the pumpkins, sweet peas and borlotto beans growing up the archway but the poor sweet peas hardly produced, whereas the beans and pumpkins thrived. I now have a huge bag of borlotto beans hanging and drying in the shed and theres a glut of pumpkins, not that I’m complaining! 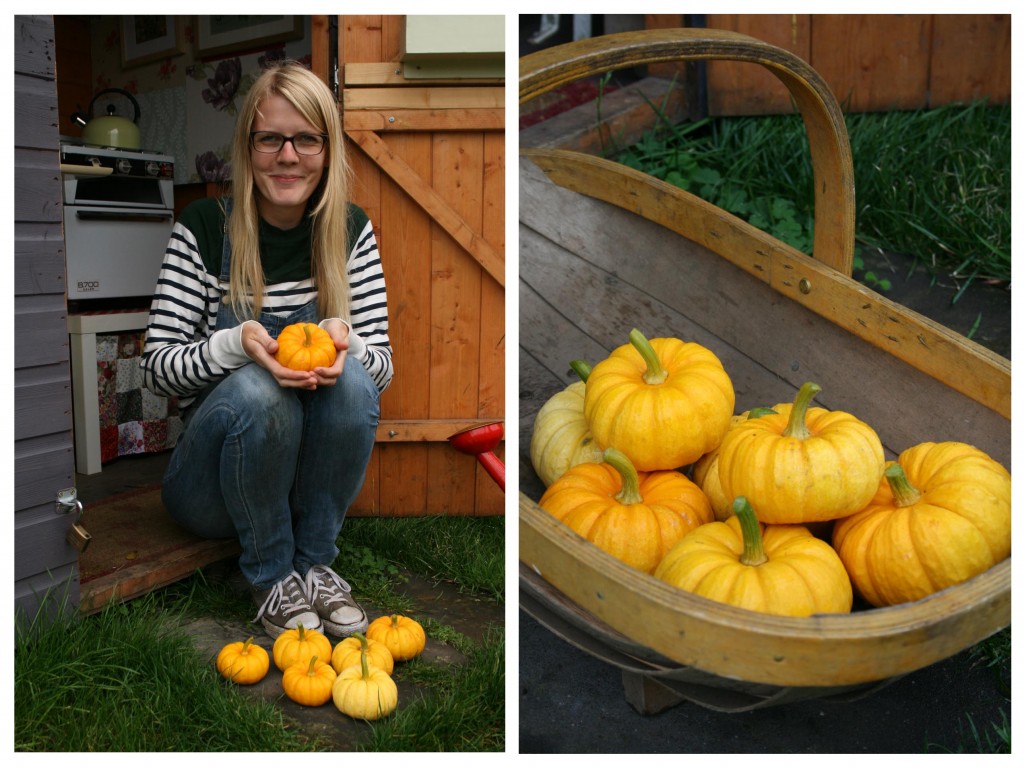 I am totally and utterly in love with these tiny pumpkins, just look how cute they are! Plus they taste absolutely delicious and they are so easy to grow. All I had to do was help them grow up the archway by securing the stems to the hazel, apart from that I didn’t do anything else to them and they have produced so many pumpkins. Definately a winner and one I will be growing next year!

Stayed tuned for tomorrow’s blog post, there’s going to be another giveaway and it’s a beautiful one!

Before I go I thought I would share the recipe on how I like to cook these little beauties, it’s rather simple but so delicious. 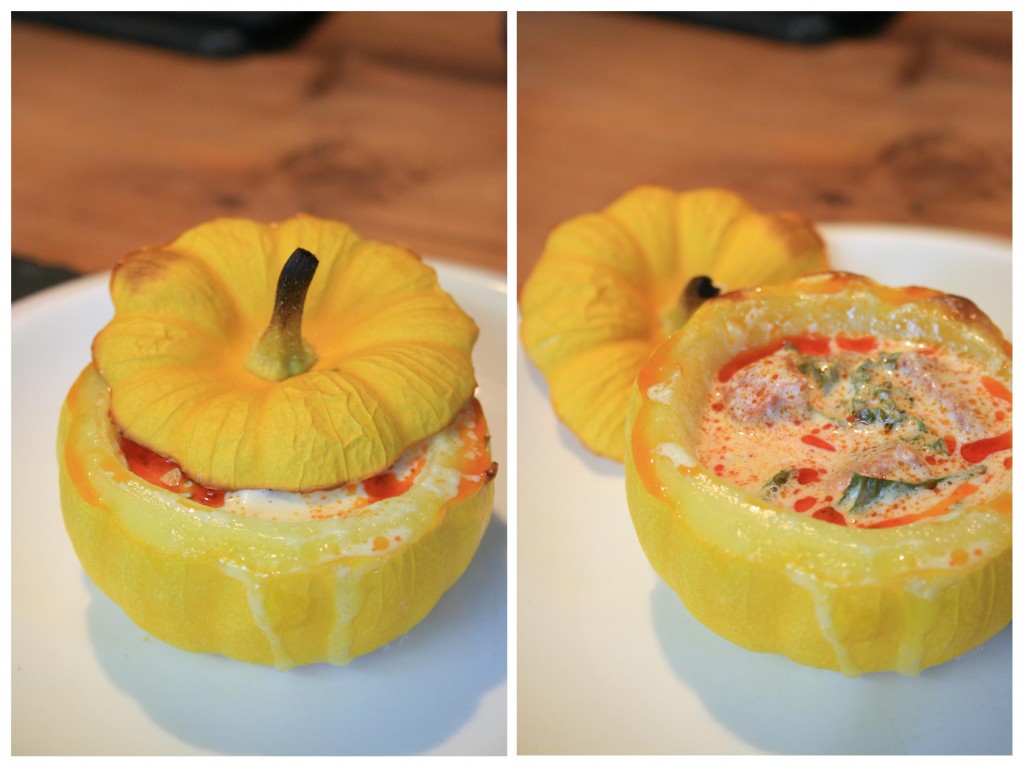 Cut the top of the pumpkin off, trying to keep it as straight as possible. Remove the seeds inside with a spoon and hollow it out. Fill with the kale, chorizo and then add two teaspoons of extra thick cream (or fill nearly to the brim with cream). Replace the pumpkin lid and then roast in the oven for 45 minutes. 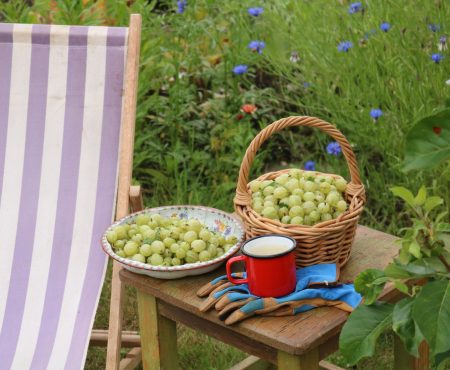 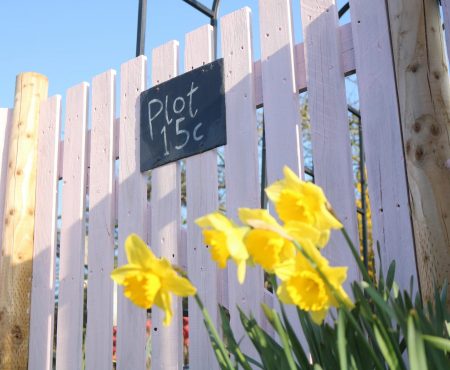